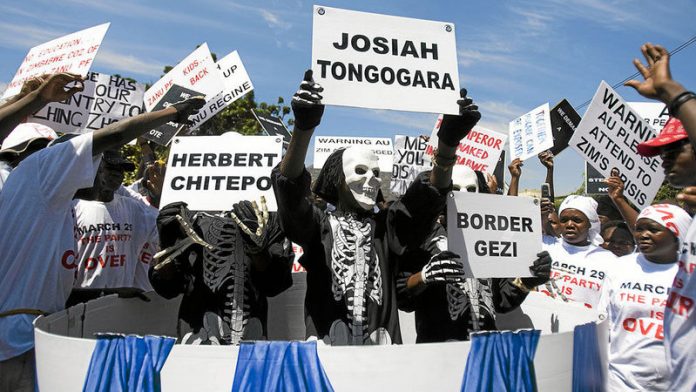 The death of outspoken Zanu-PF MP Edward Chindori-Chininga has reignited debate over the mysterious deaths of Zimbabwean politicians that have haunted the ruling Zanu-PF party since its days in exile.

Chindori-Chininga, who died in a car crash last week, was declared a liberation war hero by his party. But many Zimbabweans believe he is the latest victim of internal purges that have claimed the lives of generals, Cabinet ministers and other senior politicians in pre- and post-independence Zimbabwe.

Chindori-Chininga was the vocal chairperson of a parliamentary committee that had just released a highly critical report on Zimbabwe's diamond industry. News reports pointed out that his car, which veered off the road into a tree, had left no skid marks.

The mystery deaths have generally occurred at times when Zanu-PF has been torn by factional conflict.

This year it was reported that his wife, Angeline Tongogara, had demanded to be driven to the scene of her husband's fatal accident, saying she felt bitter about the way Mugabe and Zanu-PF had handled the death. The party released a statement by an undertaker that Tongagara's injuries were consistent with a car accident, but no autopsy results have ever been released.

Before his death, regarded as suspicious by many Zimbabweans, there were persistent allegations that the 1 Brigade commander was among the military officers involved in a failed plot to topple Mugabe.

Tatenda Gunda, his widow, published advertisements insinuating that he had died in suspicious circumstances. In an interview this week she said the damage to the car was not serious enough to have been caused by a train and Gunda had had a mysterious back injury.

No foul play
A board of inquiry set up under the defence force's disciplinary regulations found no foul play.