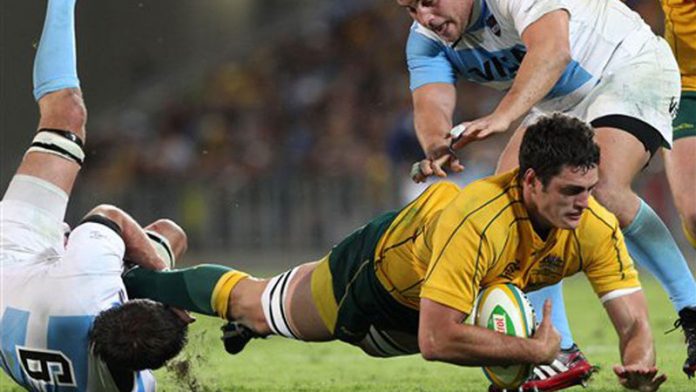 "I would love the idea if you could find a southern hemisphere combination," Australia's rugby union chief Bill Pulver told reporters on Wednesday.

Saturday will see a series decider between the Wallabies and the Lions in Sydney.

He said he would settle for an Australian and New Zealand Army Corps (Anzac) alliance to take on the Lions at Twickenham in 2015 to mark the 100th anniversary of the ill-fated World War I Gallipoli campaign, which has become a defining symbol of courage and comradeship for the two nations.

But Pulver relished even more the prospect of the three southern hemisphere powerhouses uniting under a Sanzar banner to beat the best of the British and Irish.

"I'd even be happy with an Anzac team. Take the best of Australia and New Zealand. A concept I would love to develop in 2015 is the centenary of Anzac Day. Imagine playing a combined Australia-New Zealand team against an allies team," he said.

"We're about to embark with the Australian Rugby Union on a strategic planning process and it really does invite a lot of creative thought to think of a Lions equivalent from the southern hemisphere."

Fifteen tests
However Pulver admitted that "we're not very far down the track at all in terms of discussion around that".

"Some of the countries in the southern hemisphere are actually concerned about the amount of rugby that their senior players are playing. So it needs to be addressed in that context."

Australia are playing 15 Tests in 2013, with the Rugby Championship against New Zealand, South Africa and Argentina to follow the Lions series before the Wallabies embark on a five-Test tour of Europe in November. – AFP