Ecuador to investigate bugged embassy where Assange is kept 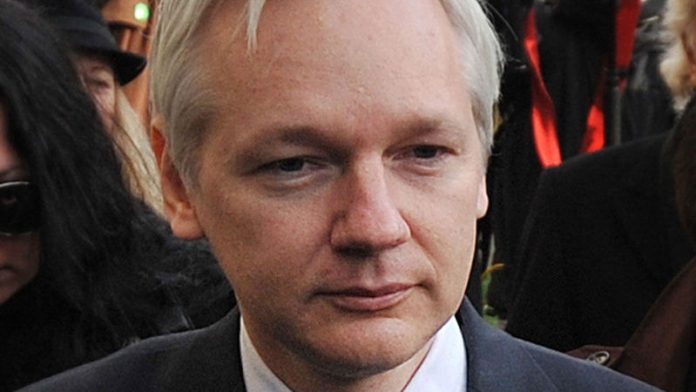 WikiLeaks founder Julian Assange has been living inside the embassy for more than a year to avoid extradition to Sweden to face allegations by two women of sexual assault and rape, which he denies.

Foreign Minister Ricardo Patiño said a microphone was found inside the office of the ambassador to the United Kingdom, Ana Alban, while he visited the embassy to meet with Assange on June 16.

Assange, who was granted asylum by Ecuador last year, lives and works in a different room within the embassy.

"After this discovery, the government of Ecuador will request the collaboration of the British government in investigating this issue to discover who is implicated in this espionage operation," Patiño told a news conference in Quito.

Earlier in the day, the foreign office in London declined immediate comment on the allegation and Prime Minister David Cameron's spokesperson said he did not comment on security issues.

In August last year, Ecuador's President Rafael Correa warned Britain not to attempt to enter his country's embassy in London to seize Assange, claiming that to do so would be an act of political suicide that would leave the UK's diplomatic premises vulnerable the world over.

Speaking on state television days after his government announced it had decided to grant the WikiLeaks founder political asylum, Correa showed little sign of seeking to ease tensions with Britain – which threatened last week to use an obscure piece of legislation to enter the Ecuadorean embassy and arrest the Australian.

Strained relations
Patiño added that Ecuador's authorities "have reason to believe that the bugging was being carried out by the company, the Surveillance Group Limited … one of the biggest private investigation and undercover surveillance companies in the United Kingdom," he said.

The Surveillance Group did not immediately respond to an email seeking comment.

Ecuador's protection of Assange has strained relations with Britain.

The foreign office said after a meeting between British Foreign Secretary William Hague and Patiño on June 17 that no substantive progress had been made to break the legal and diplomatic deadlock.

Asylum
Assange cannot leave the embassy because Britain will not give him safe passage.

He fears that if sent to Sweden he could be extradited from there to the United States to face potential charges over the release of thousands of confidential US documents on WikiLeaks.

"Sieging/bugging of Ecuador's London embassy … shows that imperial arrogance is the gift that keeps on giving," the anti-secrecy group said.

Snowden
​In June, Ecuador dropped out of a trade pact with the US claiming it had become an instrument of "blackmail" as it considered asylum for CIA whistleblower Edward Snowden.

An online publication of the Ecuadoran presidency said Washington has put "explicit and implicit" pressure on capital city Quito over Snowden's asylum petition, as well as its decision to shelter Assange at its London embassy and its ties with "nations considered 'enemies' of the United States".

The official publication, El Ciudadano, added that the US embassy has urged Ecuador to hand over Snowden if he sets foot in the Andean nation. Political Issues Minister Betty Tola meanwhile warned that prosecuting Snowden "could contravene" a regional human rights pact that the United States has not ratified. – Reuters, AFP