Sanctions buster had no regrets 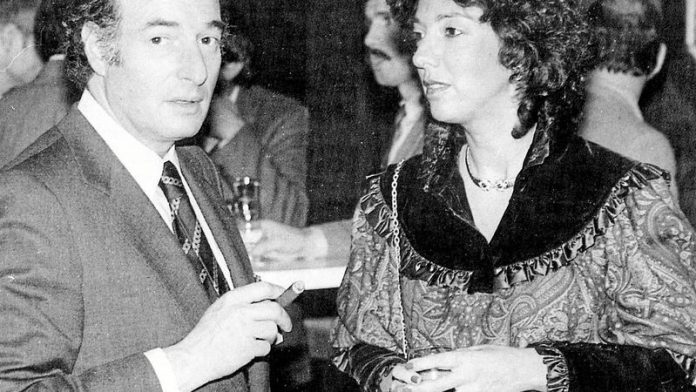 Marc Rich, the billionaire commodities trader and one-time fugitive who received a controversial pardon from Bill Clinton, has been buried in a small cemetery in Israel.

The sanctions-busting trader, who was also charged with tax evasion, died on June 26 from a heart attack at his home in Lucerne, Switzerland. He was 78.

Rich is credited with inventing the spot oil market and went on to found international commodities conglomerate Glencore, earning a billion-dollar fortune in the process.

He was also on the Federal Bureau of Investigation's most wanted list for almost two decades, after being indicted on charges in what was described by then United States attorney for New York, Rudolph Giuliani, as "the biggest tax-evasion case in US history".

According to the original 1983 indictment, Rich had bought millions of barrels of oil from Iran during the 1979-1981 hostage crisis, flouting a ban on "trading with the enemy".

With his business partner, he was also accused of "classic criminal fraud" by avoiding £48-million in taxes, as well as wire fraud and racketeering. Rich, who always maintained his innocence, fled the US in 1983 to avoid the charges, although his companies later paid £200-million in fines.

Presidential pardon
In 2001, by then living in a Swiss mansion bursting with fine art, Rich was pardoned by Clinton on his last day as US president.

Clemency came even though White House intelligence files had flagged Rich as an alleged arms trader, suggesting that he had supplied weapons and spare parts to the Iranian regime of Ayatollah Khomeini.

The outcry intensified when it emerged that Rich's ex-wife, Denise, had given $450 000 to the Clinton Library and $1.2-million in donations to Democratic Party campaigns, including Hillary Clinton's bid for the Senate.

Rich always said that the Iranian trades were legal because they were done through a Swiss company.

In a rare interview in 2007, Rich said he did his "most important and most profitable" trades by breaking international embargoes and doing business with apartheid South Africa, an admission made to Swiss journalist Daniel Ammann, the author of The King of Oil: The Secret Lives of Marc Rich. "He had no regrets whatsoever," Ammann said.

"He used to say, 'I deliver a service. People wanted to sell oil to me and other people wanted to buy oil from me. I am a businessman, not a politician.' "He went where others didn't go or didn't dare to go," said Ammann. "He became rich because he was able to profit from boycotts."

His business interests thrived across ideological fault lines. "He told me that he did business with the Ayatollah Khomeini and the ayatollah's regime knew he was going to sell it to Israel."

The oil trade with Israel became a lifeline for the young state after the 1973 Arab-Israeli war, Ammann said. "Israel really had to fight for its oil and it bought it from Marc Rich."

Israel never forgot his help. With a campaign underway to scratch him off America's most-wanted list, the then Israeli prime minister Ehud Barak and former prime minister Shimon Peres made personal pleas to Clinton on his behalf.

Rich also financed the Israeli Mossad intelligence service, funding non-military operations that helped Jews to leave Yemen and Ethiopia during the 1970s and 1980s. Rich later put an ex-Mossad officer in charge of his security.

His life can read like a "James Bond spy story", said Ammann. Rich was nearly captured by US authorities at airports in Switzerland and Finland. "When I read about [whistle-blower Edward] Snowden, I often thought of Marc Rich," he said.

Rich was born in Antwerp in 1934, but his family fled to the US in 1941. He went on to study at New York University, but dropped out and started working in the mail room of commodity trader Philipp Brothers in 1954.

He would go on to turn the business into the world's largest trader of oil, grain and metals. — © Guardian News & Media 2013