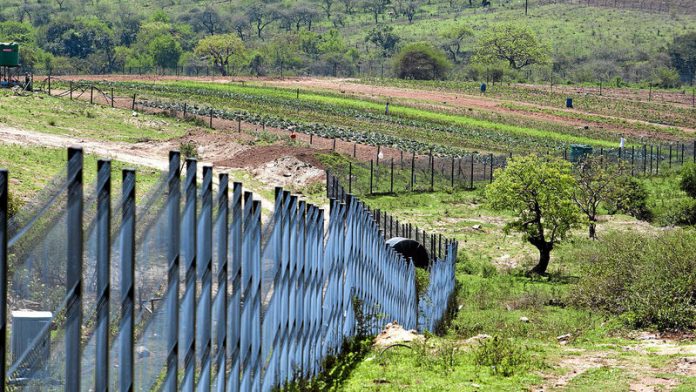 At the start of the project, contractors were asked to tender without even being provided with the exact location or the name of the client.

Thereafter, contractors were required to sign a secrecy oath at almost every meeting and officials appeared to think that, merely because the president was involved, they were justified in slapping a "top secret" label on documents.

It is clear official sensitivity related not only to core security concerns, but also to the potential political embarrassment embedded in the lavish funding of such "prestige projects".

This is captured in a top-secret memo from Durban regional manager Kenneth Khanyile to his superiors at the public works department.

Dated March 15 2012, the document sets out proposals for managing prestige projects in a different way to other projects.

Scope of works
Khanyile notes: "In order to ensure security, it is essential that the ­project be removed from the 'public eye' due to security reasons."

He says the "scope of works" includes "information that may be used by the enemies of the state to engineer an attack", but adds, "these projects are further targeted by journalists in an attempt to discredit the government in general".

These considerations justify deviating from normal tender processes, he argues. Not only that, special audit procedures need to be adopted.

Special security-cleared personnel should be appointed from the auditor general's office, he says, and he informs the director general of "the intention of the Durban regional office to withhold all project information from auditing until clear directive has been received".

Formally, that may be true, but Nxesi's attitude appears consistent with Khanyile's.

Nxesi has defended the top-secret classification given to his own task team's report on Nkandla and has gone as far as to tell Parliament that this rendered him "unable to provide the auditor general and the public protector with copies of the report".

He has since provided the public protector with a copy.

Masilo said the documents released to amaBhungane did not demonstrate that the task team report was incorrectly classified.

"It is … clear that other documents that contain sensitive security information were not released to the Mail & Guardian," he said. "Therefore, your conclusion about the classification of the report based on the documents released is unfounded."