Our maths mindset doesn’t add up 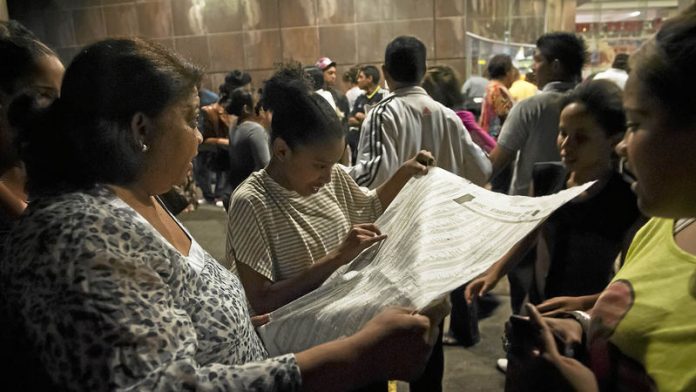 However, if we look more closely at who takes maths and who does not, we begin to see a rather alarming trend. In the Western Cape and Gauteng last year, no district saw more than 50% of pupils sitting for matric maths, and in three districts (out of eight) in Western Cape a mere 28% sat maths.

In contrast, in Eastern Cape half the districts had more than 65% of matriculants sitting maths rather than maths literacy. Yet Gauteng and Western Cape easily outperform all other provinces, and particularly Eastern Cape, in their matric pass rates. So what is going on here?

It appears that schools in the two high-performing provinces are under such pressure to ensure that their province comes top of the pile in the matric exams that they are prepared to sacrifice their pupils' futures to that end.

The result is that we have the bizarre situation that more children pass matric maths in some Eastern Cape districts, even though the overall pass rate is depressingly low, than in some richer Western Cape and Gauteng districts.

An unpublished study has shown that of all matriculants in the two provinces only 27% in Gauteng and 25% in Western Cape passed maths.

Decreasing enrolment
Nationally, of the 2012 matriculants, only 6% got more than 60% in maths and so could go on to do maths-based subjects at university.

Nearly all of the 6% who got a graduate pass in matric maths came from former white schools. The situation is getting worse, with enrolment of pupils in grade 12 maths decreasing nationally by 25% from 2008 to 2011.

This means that the vast majority of students cannot access university courses that in most universities require at least a maths matric pass.

This includes business studies, law, economics, accounting and marketing, not to mention courses where maths is critical, such as engineering.

It appears that, in pursuing the goal of high pass rates, pupils' life chances are being stunted. This, at best, is an unintended consequence of central pressure to be able to boast being the best-performing province in the country. As a result universities cannot train adequate engineers, South African industry and commerce are starved of skills they desperately need and the development of the country is subsequently slowed.

Actively encouraged
What is clearly required is a different way of calculating matric pass rates. A school, and indeed a province, should not be rewarded for getting a 90% pass rate in maths literacy when that is achieved by entering less than 20% of its pupils for maths.

Given South Africa's current need for more pupils with a maths background, access to maths should be actively encouraged even if it means lower overall school pass rates.

Equally, in Eastern Cape districts where more than 65% of pupils are doing maths but fewer than 20% are passing, pupils who are very unlikely to pass maths should be offered and advised to take maths literacy.

If pupils were confident in maths then they would not willingly take the easier option of maths literacy. The problem therefore starts in primary school where the foundational mathematical algorithms are learnt – or not.

Research by the basic education department has shown that many maths teachers lack the knowledge they need to teach their subject and as a result often miss out critical parts of the syllabus that they do not feel confident in teaching.

If this failure to teach critical topics is repeated through the primary grades then pupils' conceptual know-ledge becomes skewed, partial and incomplete. This results in their failure in maths in secondary school, however good the teaching.

Recently ranked
Hence the reason why in almost all districts in 2012 fewer than 10% of grade nines achieved more than 50% in the annual national assessments for maths, and why our grade eights score the least of 50 countries in the Timms (Trends in International Maths and Science Study) tests. To cap it all, the World Economic Forum recently ranked the quality of South Africa's maths and science education 143rd out of 144 countries.

A compounding problem is that many schools fail to teach pupils English (or Afrikaans) for maths and science usage. This is a serious problem because it means that pupils lack the precision in language that is required in these subjects.

To provide a simple example, the word "factor" has a precise mathematical meaning, but it is also used in general conversation with a much less precise meaning.

The same is true in science with such words as "filter". If pupils and their teachers are not aware of the precise meaning learners are likely to fall into all sorts of linguistic traps, and produce meaningless responses to exam questions.

Another cause of the failure of schools and pupils to choose maths instead of maths literacy is related to careers advice. If township and rural schools had proper careers services in place, pupils would understand the implications of choosing maths literacy in preference to maths.

Many children would still choose maths literacy because they have no interest in going to college or in following a career that requires a maths foundation. However, this should be a choice pupils and their parents make based on accurate information and not a choice that is imposed on them by anxious schools and teachers. What I am therefore calling for is:

With 7.9-million young South Africans out of work or with very little education or training opportunities, who looks out for their aspirations?
Read more
Analysis

The Eastern Cape had the most-improved performance, and the Free State achieved its top spot in the provincial pecking order
Read more
Education

With 12-million students in 26 000 schools, the education system is under pressure to teach the next generation. Education minister says it’s working
Read more
Education

Meet some of the top matrics for 2018