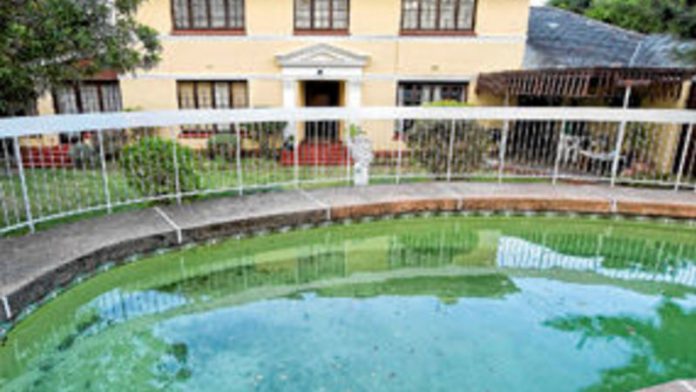 The Zimbabwean government has taken swift action to block the seizure of its assets in South Africa under various court rulings by conferring diplomatic immunity on three Cape Town ­residential buildings it owns.

This emerged following last week’s landmark judgment by South Africa’s Constitutional Court confirming that white farmers who had lost their farms in controversial land seizures in Zimbabwe could sue in the South African courts for compensation and attach Zimbabwe ­government assets here.

Rejecting an appeal by the Zimbabwe government against a ruling by the Southern African Development Community tribunal in 2008, Chief Justice Mogoeng Mogoeng said that the tribunal had “imposed an obligation on South Africa to take all legal steps to facilitate the execution of [its] decisions” and that these were “binding and enforceable” on all SADC nations.

Mogoeng found that “Zimbabwe was duty-bound to assist in the execution of that judgment, and so is South Africa”.

The tribunal was disbanded in August last year at the SADC summit in Maputo, allegedly in preparation for a new protocol that would ­reconstitute it.

Following the tribunal’s 2008 judgment, the 77 farmers who had brought the application, originally led by Michael Campbell and now led by Ben Freeth, attached one of the Zimbabwe government’s buildings at 28 Salisbury Road, Kenilworth, in Cape Town (pictured). It was purchased by Zimbabwe in 1994 for R525 000.

AmaBhungane has learnt that the Zimbabwe government owns three more properties in Cape Town, numbers 53 and 55 Kuyper Street in the suburb of Zonnebloem and number 46A Tennant Street in Wynberg.

However, the farmers have not succeeded in attaching these assets because the Zimbabwe government swiftly moved to protect them from seizure by claiming diplomatic immunity.

Auction
Willie Spies, the legal spokesperson for nongovernmental organisation AfriForum and the farmers’ attorney, said this week his clients would probably hold a sale in execution of the Kenilworth property, which would be disposed of at auction.

Spies said: “We managed to attach the house in Salisbury Road, Kenilworth because it was leased to a third party, meaning that it was a commercial property. The house is worth between R3.5-million and R4-million .

“Though we initially attached the houses in Zonnebloem and Wynberg, the Zimbabwe government stopped efforts to lease them and moved into them. This was to make them non-attachable in terms of diplomatic immunity.”

Spies said the combined value of the latter houses was between ­R10-million and R15-million.

During the interview, Spies also revealed that the farmers had considered tracking down other assets of the Zimbabwe government in South Africa, including aircraft owned by Air Zimbabwe. The airline recently restarted operations and now lands at OR Tambo Airport in Johannesburg.

“At one point, we discussed putting efforts into seizing an Air Zimbabwe plane, but then decided not to at this stage. At the moment, we want to establish the principle and apply pressure,” Spies said.

“There may be other Zimbabwe government assets in South Africa whose existence we have not yet established, and we may consider going for them as the matter progresses. South Africa remains Zimbabwe’s most important trading partner and goods and services flow through this country en route to and from Zimbabwe,” he said.

Legalities
Elaborating on Mogoeng’s ruling, a government communication statement said that it had extended the common law on the enforcement of foreign judgments to those of the SADC tribunal.

The court held that this extension was provided for by SADC legal instruments regarding the enforcement of the tribunal’s judgments in the region.

The judgment also held that the Constitution enjoined the local courts to develop the common law to facilitate the enjoyment of rights provided for in the Bill of Rights. These included the right of access to the courts and compensation for expropriation, which the farmers had been denied.

He said the farmers would not succeed in attaching the properties owned by the Zimbabwe government because they were subject to diplomatic immunity.