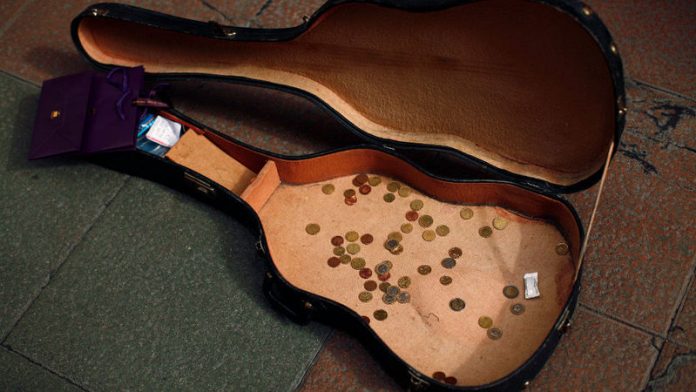 The City of Cape Town made the announcement on Thursday after "careful review".

"It has been concluded that the actions of these officers were inappropriate and not in keeping with this administration's commitment to building a caring city that respects every resident's right to dignity," the City said in a statement.

The officers will be suspended for three months pending the outcome of a full investigation. They will also be subjected to disciplinary hearings.

"The matter has also been referred to the Civilian Oversight Committee to ensure that it has been adequately investigated and dealt with," the statement said.

Cellphone video footage showed Nono being assaulted on Monday by metro police officers, and then being dragged, by his hands and feet, through Greenmarket Square in Cape Town. Nono allegedly performed for longer than what his permit allowed.

According to the City, he was only permitted to play from 12.45pm to 2pm on weekdays, and between 10am and midnight on weekends. "Unfortunately, he disregarded the regulations," said Jean-Pierre Smith, mayoral committee member for safety and security.

The neck of Nono's guitar was broken as he resisted being placed in the back of a police van. Nono and his wife Abigail were taken to the police station and he was issued with a R1 500 fine.

On Tuesday Rolling Stone South Africa magazine called for donations for a new guitar from its readers and now might have a recording contract in the pipeline, the Cape Argus reported.

Rooftop Recording Studio's Matthew Davison also offered to record and mix a song for Nono, to post on YouTube and other online music video channels.

Nono, who has been performing at the Square since 2008, told the Cape Times newspaper on Monday, "They dragged me on the ground and tore my clothes. That hurt me. It broke my heart." But Smith said Nono and his wife, Abigail, had "verbally abused" the police officers who tried to remove him from the scene. These officers were then "forced" to "detain" the couple, he said.

Eyewitnesses interviewed were reportedly outraged at the incident and the display of force used by the police.

New guitars and a recording contract for beaten, blind busker

Lunga Goodman Nono, the blind busker who was assaulted by police might have a recording contract in the pipeline, reported the Cape Argus.
Read more
National

The City of Cape Town is investigating the assault of a blind busker, Lunga Goodman Nono, by at least six city metro police officers.
Read more
Advertising
Continue to the category
Politics