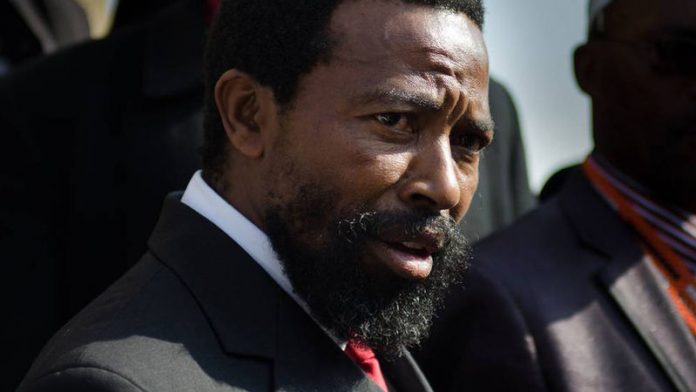 "I am not signing the king up to be a DA public representative, because he wouldn't qualify," the party's Eastern Cape leader Athol Trollip told the Sunday Times.

"I'm simply going to go and see him about signing up his own personal membership."

Trollip said Dalindyebo had contacted DA leader Helen Zille and himself on a number of occasions since 2010 saying he would like to join the party.

"So when he made a widely publicised statement that he'd become disillusioned with the ANC and wanted to invite Helen and me to come and talk to him about joining the DA, and about what role he could play in helping the DA establish itself in his area of jurisdiction, obviously we had to respond to that."

Meanwhile, the AbaThembu Royal House apologised to President Jacob Zuma on Saturday for comments made by Dalindyebo.

"The royal family for the Kingdom of AbaThembu is very disappointed with his latest disrespectful statements that he expressed to the president of Republic of South Africa," family spokesperson Nkosi Daludumo Mtirara said in a statement.

Mtirara said a resolution had been taken on September 29 2012 to remove Dalindyebo as king. He said Dalindyebo's fate had not yet been finalised as the family was waiting for government to implement its resolution.

On Wednesday, Dalindyebo said Zuma dealt mercilessly with perceived opponents after he handed a petition to officials of Zuma's office at the Union Buildings in Pretoria.

"Unfortunately, the president has a habit of not condomising. We don't like people with that kind of attitude. His behaviour is a shower mentality."

Dalindyebo said he expected a "practical response" from Zuma to his petition.

"He must tell AbaThembu about his intentions and AbaThembu need to direct him to the rightful place. I cannot be ordered to his office. He must come [to] my office," he said.