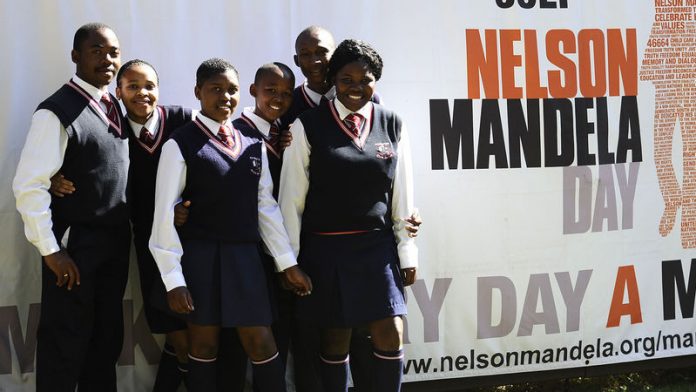 As the country gears up for Mandela Day on July 18, we all know about the regular ways South Africans will be spending their 67 minutes: handing out school uniforms, textbooks and stationery, refurbishing classrooms and biking for charity, to name a few.

While these deeds are noble, charitable and all encompassing of what Nelson Mandela represents, we thought we'd draw up a list of slightly smaller things you could do any day of the week – because the little things mean a lot too.

1. It's winter and it's cold. You know the guy watching your car while you're shopping? Buy him a hot cup of coffee on your way out. It's guaranteed to make his day. Even better, if you're shopping for this weekend's Sunday feast, sponsor him and his buddies with a Sunday lunch too.

2. Clean out your bookshelf. There are probably books there you've forgotten you even own. Pack them in a box every so often and drop them off at the closest library, youth centre or hospice. One person's good deed is another person's good read.

3. You know the street sign you're always whining about? The one with all the graffiti on it? Do your suburb a favour and spend a Saturday scrubbing it clean.

4. Animals at the SPCA are not only hungry on July 18. They're always hungry. Drop off some pet food on your way to work. Any day.

5. Stop getting annoyed with the elderly when they want to have a chat. Take the time to have a kind conversation; you will probably be the one who ends up appreciating the things they have to say.

6. Queuing for something somewhere? Stop tweeting about the whiny toddlers in front of you and give their parents' a break by trying to entertain them. Top tip: toddlers find strangers making funny faces particularly amusing. Their parents will be grateful.

… and 0.7. Smile and ask people how they are. Try not to do it in a creepy, stalker kind of way, but rather in a genuine, sincere kind of way. No effort, lots of results.

Tweeting pledges
And in keeping with the excitement for Madiba's upcoming birthday; from personal to high-profile company messages, here are the Mail & Guardian's favourite #MandelaDay tweets with people proposing how they will spend their time – and, in many cases, money – on the day.

#ANC to spend the day at Sizanani Children’s Home in Bronkhorspruit, Gauteng. #MandelaDay

A #soup kitchen for a soup-er man. That's how we're spending our 67 minutes this #MandelaDay. And you can too! >> http://t.co/ikrHRWDPe4

Our Embassy is pleased to award a grant of approx. R1mil to the Nelson Mandela Centre of Memory http://t.co/fxeWeumLQF #MandelaDay

Alongside these online pledges, there are a number of companies organising events for the public, inlcuding 5fm's #handsacrossSA initiative launching on Vilakazi Street in Soweto and charity fun walks and races.