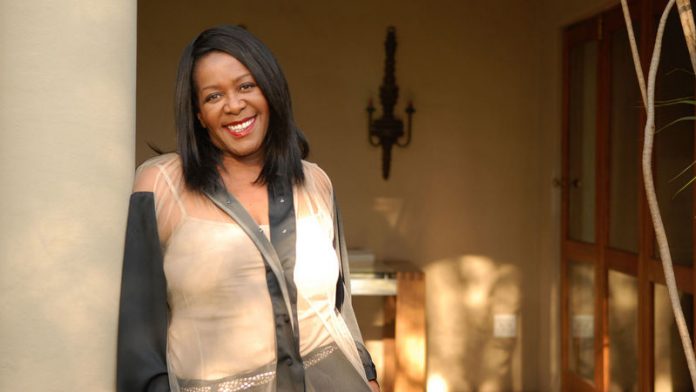 Adelaide Tambo was a remarkable woman with an appreciation for the beauty and artistic merit inherent in the ceramic vase, and what better way to honour her memory than to show the world this varied and rich art form in an exhibit in her name.

The Adelaide Tambo Collection will be making its debut at the Birchwood Hotel and Conference Centre in Johannesburg on October 25 2013 and Andile Magengelele, the curator, is instrumental in ensuring it will be a true reflection of this great lady.

This collection was gathered as a tribute to a woman who stepped up and made a difference to the lives of others during the apartheid era.

“The artists are commissioned by a committee and I lead the artistic direction,” says Magengelele.

“I am familiar with the works of most of these artists and helped the committee in selecting the right ones when they commissioned these vases. This is the first time we have a collection that’s been started by a black collector and that focuses on ceramics that are handmade in South Africa and carry that aesthetic.”

The exhibition will display the work of artists such as Nick Sithole, Andile Dyalvani, Madoda Fana, Ardmore Ceramics, Simon Masilo, Noria Mabasa, Jabu Nala and Clive Sithole, who take the essence of the vase in new directions and really deliver powerful artistic representations.

“This collection is a blend of the autodidactic and the didactic. The old ceramics, those that are autodidactic, do not follow the traditional aesthetic,” says Magengelele.

“Then we look at those that are didactic, that are the development of the new aesthetic and they add something else to the mix. This is a blend of the old and the new in contemporary ceramics, and they fall into the traditional and the post-modern aesthetic.”

For those not well versed in artistic terminology, didactic art refers to the nature of the works to carry a story and information as well as to bring the viewer pleasure and satisfaction.

Autodidactic refers to being self-taught and, in this context, talks of the vases that were created by artists who discovered the medium and learned its intricacies as they worked or were taught by their peers or family members.

The collection includes glass, wood and metal artworks beyond ceramics and takes inspiration from both types of art and show the beauty that is inherent in this medium, but why vessels rather than prints or paintings?

A ceramic hope
“Mama Tambo was a vase collector. She had different types of vases from a wide range of artists and cultures; Zulu, Xhosa, all types of culture. She also collected lots of Ardmore ceramic vases from KwaZulu-Natal,” says Magengelele. “She loved them and her house was always full of vases, this collection will honour her and her memory.”

Magengelele has felt honoured to be a part of the experience.

“The political role that Mma Tambo played in the struggle was so important, and having grown up within the ranks of the ANC myself, I felt this was such an honour. It will be my small contribution towards the development of a new aesthetic in post-apartheid South Africa. I firmly believe that as a new era comes about there needs to be a new form of art, a new aesthetic that represents it.”

He believes that the Adelaide Tambo Collection is this new aesthetic and it does more than commemorate her soul and spirit, it offers people the chance to experience the value of the art form itself.

“We want to show the link between the traditional aesthetic and the evolution from how ceramics were used functionally and how today they are objects that can be looked at,” he says.

“The collection shows the connection between the artists who were trained professionally and those who have learned their skills through their family members, a skill that has passed down through the generations.”

Magengelele spent months preparing for the exhibition and a lot of time with the work of the different artists. When asked what his personal favourite was he was hard pressed to choose.

“I don’t have a personal favourite because I love the works of these artists, but I do have a teapot vase which I was given by Ntate Simon Masilo many years ago as a gift,” he says.

“It looks like a teapot but is a vase. Simon has won several awards, but he’s not well known in South Africa as he has not exhibited much.”

The exhibition looks set to change that for Masvelo and the other artists who were selected to take part.

The commissions will appear in a catalogue that will aggregate the works for educational and auction purposes and this will give many of the artists a chance for recognition.

“For the artists this means that they get to appear in the catalogue which is both a marketing and educational tool. It will immediately boost their name and visibility,” says Magengelele.

“Appearing in such a prestigious collection will add gravitas to their work, and value, because it will inspire people to collect it. “This is an important thing in the art world and it should contribute positively towards the artist’s careers.”

Across the globe
Magengelele hopes to take the exhibition abroad as well as on the South African road. Currently the goal is to take the pieces to Bhisho, but the idea of stopping off at other locations along the way has not been dismissed.

“I think such a prestigious collection is going to garner a lot of interest. First we will start with a smaller version in Watville because this is where the Tambo’s come from, and then we will move to other cities such as Bhisho,” he says.

“We hope that this will start touring internationally once we have completed our run in South Africa.”

The collection will be stored and moved using the international museum standard of transportation, each item carefully wrapped and packed by trained staff.

Magengelele doesn’t believe they will come to any harm as they travel across Africa and, hopefully, the world.

The pieces are to be auctioned off at the end of the exhibition to raise money for the charities supported by Adelaide Tambo.

Although Magengelele won’t comment on how much they are hoping to raise with the auction, he says that most of the pieces have been commissioned so the prices would start at around R25 000.

The collection should be a stunning exploration of both the artistic beauty within the vase, and the legacy left behind by Adelaide Tambo.

“We believe that these vases capture her essence and that this is the best way of honouring and commemorating her soul and her spirit,” concludes Magengelele.