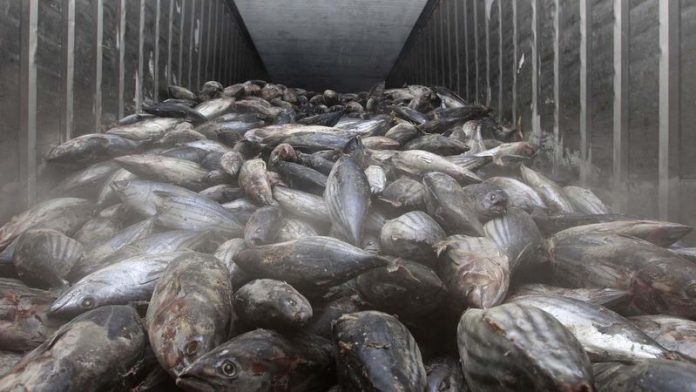 If you defined the ocean's balance sheet in financial terms, you'd have to say it is slipping ever further into the red, said Trevor Manuel, the minister in the presidency, who is also on the National Planning Commission. We need to show how it can be brought swiftly and efficiently back into the black.

Manuel, who served as South Africa's finance minister for more than a decade, is now taking stock of the high seas, the internationally managed no man's land more than 200 nautical miles offshore.

On his return from New York last week, where he co-chaired a meeting of the Global Ocean Commission, he pointed out that pirate fishing vessels steal about 25% of the world's fish resources each year, with an estimated value of up to $23.5-billion.

Sub-Saharan Africa loses about $1.5-billion a year to illegal, unreported and unregulated fishing in the high seas. It also has an impact on migratory species, reducing catches in coastal zones and affecting the livelihoods of about 10-million Africans who derive an income from fishing,Manuel said.

The commission says the way to tackle the problem is for all vessels on the high seas to carry identification numbers and to be trackable using satellite or other technology.

Passenger ships and large merchant vessels have to carry unique International Maritime Organisation [IMO] numbers, and to operate equipment allowing real-time tracking, but other craft on the high seas do not. Fishing vessels are exempt, as are pleasure yachts, wooden ships, warships and a few specialist categories such as hydrofoils, Manuel said.

In the wake of the 9/11 terrorist attacks, every aeroplane must have a transponder that can be picked up on the radars, but the same is not happening on the high seas and the big losers are poor countries.;

Pirate fishing vessels often assume flags of convenience, changing their name and flag states where they are legally based, which means there is no way of tracking where they fish or go, he said.

Arnold Bengis, a businessman with dual South African-United States citizenship, was jailed for almost four years and fined about R455-million in August for poaching lobsters, but one of the ships he owned is still spotted in ports using different names and the flags of various countries.

It would be a small step to bring the identification of fishing ships in line with other ocean-going vessels,Manuel said. Mandatory vessel ID and tracking would reward those who play by the rules and penalise those who don't.

A 2011 United Nations report on transnational organised crime in the fishing industry linked pirate fishing vessels to frequent trafficking in children, drugs and weapons. Manuel said they also contributed to growing pollution of the high seas, destruction of corals and reduced biodiversity.

This has an impact on the ability of fish stocks to breed and is leading to extinctions of marine species.

Manuel said the commission favours a participatory process that will feed into its final report, to be released by the middle of 2014, setting out recommendations on how to reverse degradation of the global ocean and put it back in the black.