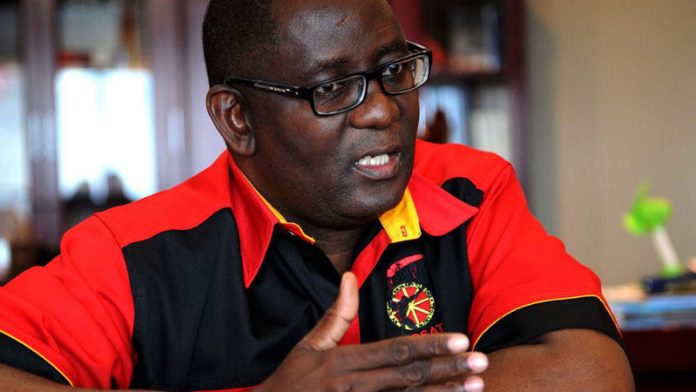 “We can only confirm that the rape and sexual harassment claim has been dropped. A full-length statement will be released later,” said Vusumuzi Bhengu, acting spokesperson for Cosatu.

A relieved Zwelinzima Vavi said on Twitter he would be spending the afternoon with his family and he will not be doing any media interviews. "I’m tired. But I want to thank everyone who supported his family."

The 26-year-old claimed Vavi forced himself on her in January 2013 in her office at the Cosatu House. However, Vavi claimed the sex was consensual and that the two had been having an affair for months.

In a statement released earlier, general secretary for the South African Municipal Workers' Union Walter Stephen Theledi said Vavi has not strayed from the policy of their federation.

“He has been targeted because he has dared to speak truth to power, on unemployment, the absence of service delivery, on corruption, and many other issues, and in so doing has incurred the wrath of those with career ambitions and those waiting to enjoy the fruits of office by legal or other means.”

Theledi called on Cosatu and its affiliates to have much needed political and organisational clarity in the federation if they are to address the challenges facing the working class and the poor.

'Jealous'
“Those who are jealous and fearful of his popularity, and who are attempting to discredit him must be made aware, that if they continue to act for faction advantage they themselves will be judged one day to have betrayed the people of this country,” he said.

According to the Eastern Cape's Herald , the woman filed a formal grievance to Cosatu about the incident.

Vavi maintained that the sex was consensual and filed charges of extortion against the woman, who was reportedly asking for R2-million to keep quiet about the rape.

Vavi also told eNCA on Thursday that he had received numerous death threats, which hinted that he could be killed in a car "accident" or through poisoning.

In his response to Cosatu's internal disciplinary probe, Vavi named the woman who laid the complaint and said that he had been having an affair with her.

The National Union of Mineworkers (NUM) also stated earlier on Monday that it would not comment on the allegations either.

"It will be irresponsible to make statements at this stage," NUM general secretary Frans Baleni told reporters in Johannesburg after the union's national executive committee meeting.

"We do not want to engage on details about this matter until it is formally brought to us," he said.