Medupi, the murder and the mega fraud 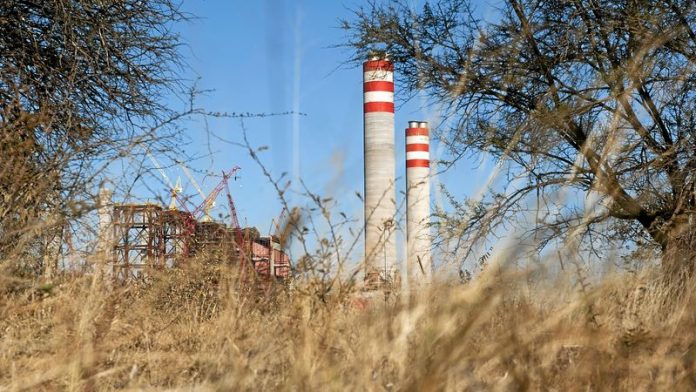 It is a story of massive fraud and calculated killing that has come to threaten the jobs of thousands of workers, hundreds of millions of rands in investments from banks and bondholders, and progress in the construction of two power stations intended to stand between South Africa and electricity blackouts. But as details emerge about the fall of conglomerate First Strut and steel company Cosira, and the death of businessman Jeff Wiggill, it is increasingly clear that all was not what it seemed.

Central to the claims is steel fabrication company Cosira, which construction group First Strut bought in November 2012 from the Da Silva group in a deal funded with a R385-million bond issue.

Cosira was subcontracted by prime contractor Alstom to supply and construct the turbine halls at Medupi and was a joint venture partner for the turbine hall desulpherisation plant at Kusile.

Medupi has been dogged by delays involving labour disputes, welding faults and concern that key tenders may have favoured the business interests of the ANC – which, through Chancellor House, has an interest in boiler supplier Hitachi.

First Strut, which trades as First Tech, applied to put Cosira into business rescue on June 13 this year.

His murder precipitated the collapse of First Strut and indications are emerging that Wiggill presided over what is – separate to the Cosira transaction – shaping up to be the largest corporate fraud and loan default in South African history.

Duped
On July 10, First Strut director Andris Bertulis applied to liquidate Cosira. In his affidavit, Bertulis alleged that since taking control of the company First Tech had uncovered significant misrepresentation of its assets.

He said First Strut’s attorneys confronted the Da Silva group with the state of affairs and the fact that it had been “duped” into entering into the transaction.

“As an illustration, a deeper look into one of the applicant’s projects, the Medupi project, revealed that the loss there was not the original R27-million … but rather a current projected loss of roughly R140-million.

“Instances have since been discovered where the applicant invoiced Alstom, the main contractor in the Medupi power station contract and joint venture partner in the Kusile project, and Eskom, their clients, for steel which had not been fabricated, purchased or delivered to the clients even though it had been paid for, on falsified invoices. Presently, the same scenario is being found on the Kusile project, which also evidences significant losses into millions of rands.”

A source close to the process claimed the calculation of a huge loss on the Eskom contracts was derived from the claims Alstom or Eskom would have against Cosira based on fraudulent or inflated invoices.

Da Silva group chief executive John da Silva denied any wrongdoing. He said they had not been given an opportunity to respond to Bertulis’s claims: “We deny those allegations, but we cannot comment because it’s all sub judice.

“You’ve got to understand one thing: initially, when that affidavit came out … the rest of the [First Strut] group was still intact and Mr Bertulis was going around looking for any financial issue that the group had on Cosira.

Total negative
“It is important to note that the Cosira deal with the First Tech group was ring-fenced, so any issue with the Cosira transaction wouldn’t affect the whole group, but we all know that, within two weeks of that, the whole group went into liquidation. What’s coming out of that is the huge amounts of debt. I mean, they are talking in the region of R3.5-billion.”

The Bertulis affidavit alleges that lawyers engaged by First Strut analysed Cosira’s books during April 2013 and, on that basis, revised the company’s value down from a claimed positive R183-million to a total negative of R323-million.

Yudaken said: “For the record, we deny any allegations of misconduct or fraud.”

In a written response, Yudaken said that, at the date of sale, there was a projected loss on the Medupi contract only, but that this was disclosed.

“My clients deny the allegation … related to false or inflated invoices. This allegation by Bertulis is completely unsupported [by evidence].”

Eskom declined to comment, referring all queries to Alstom.

Lead liquidator
A spokesperson for Alstom declined to answer detailed questions, but issued a statement noting: “Alstom did not purchase raw steel from Cosira, but a supply and construction service, for which Alstom paid a composite fee based on market-related pricing. Cosira has delivered all the steel and materials it was contracted to supply to the Medupi site. In light of recent developments, Alstom as the main contractor … has stepped in wherever possible to ensure timely completion of the deliverables and mitigate any material impact on the projects.  Further questions should be directed to Cosira.”

However, an investigation by amaBhungane has raised questions about the pricing of steel for the Eskom contract and the artificial insertion of middlemen between steel fabricators and steel suppliers such as Macsteel and Trident.

AmaBhungane has established that, in March 2009, coinciding with the Eskom contracts, Cosira set up a shelf company called Copper Moon Trading 653, with two directors: Monique Fisher and Molemo Kgomo.

Fisher was until then the personal assistant to one of the senior Cosira executives. Kgomo was married to Cosira director Molefe Kgomo.

Kgomo left Cosira in September 2011. He said he knew nothing about Copper Moon.

He said he and Molemo had been divorced for “more than five years”. A profile from 2010, however, presents them as married.

Anonymity
Subuyi told amaBhungane: “They [Copper Moon] put on a mark-up of 2% or 3%. Our client has done the work, but not been paid. An amount of close to R1.5-million is outstanding.”

He said the mark-up could never have been 25% to 40%, as suggested by one ex-Cosira employee who spoke to amaBhungane on condition of anonymity.

Said Sibuyi: “When Copper Moon was set up, there was insistence from Cosira that it must involve women and employees of Cosira.

“Originally, the shareholder of Copper Moon was a trust, which represented the employees. Monique was the one who was tasked with setting up the company and trust. She was the more senior person in charge.”

But the former employee said that Copper Moon was the only supplier who was paid an “administration fee” on top of the supply price.

Yudaken also denied the mark-up was as high as 25% and said, although Cosira did use intermediaries in some instances, this was “entirely open and above board”.

Trident, the main supplier to Cosira, failed to answer questions about the role of Copper Moon.

The Mail & Guardian was told that a senior executive from Macsteel had also expressed concern about the use of a separate empowerment intermediary in the Eskom contract and had also put the mark-up as high as 40%.

Macsteel is not a significant supplier to Cosira, but supplies subcontractors to Hitachi, which is building the boilers for Medupi and Kusile.

Macsteel managing director Michael Pimstein said he was ­unaware of the allegation.

Suspect: Jeff Wiggill was being stalked

First Strut’s Wiggill may have planned own death