Caroline Criado-Perez and the plague of misogynist trolls 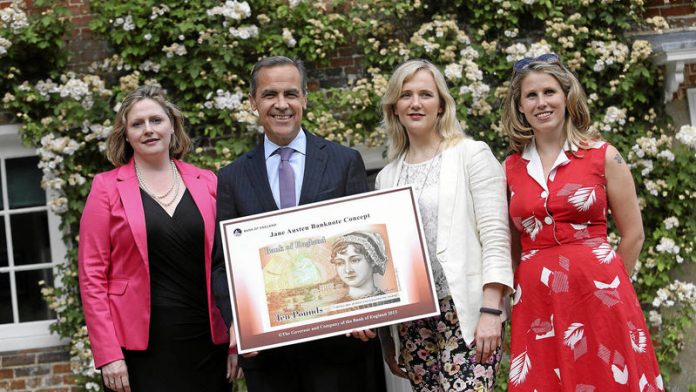 A few weeks ago, Caroline Criado-Perez made a memorable appearance on British TV news. The feminist campaigner had won her battle with the Bank of England to reinstate a woman on the back of an English banknote. She seemed as surprised as anybody that the bank caved in to her demands. It was a great feel-good story.

Five days later, she was back on TV in a very different context. This time, she was talking about the rape and death threats she had received on Twitter after her victory. This story was as depressing as the first had been inspiring.

One threat would have been one too many, but she has received hundreds. Her (incorrect) address had also been posted on Twitter. By the end of July, she had left her London home for a coastal bolthole.

When I meet up with her there, she says she is still getting threats, though two people have now been arrested. When she was campaigning, she was getting hostile messages, she says, but they were relatively benign: "Get back to the kitchen, shut up, fuck off. That was just people being unpleasant and not liking feminists. But it was nothing that would have led me to report them to the police."

Now she is dealing with something altogether different. "Somebody said: 'All aboard the rape train.' Some guy tweeted another guy asking if he wanted to join in raping me."

Then there were the death threats. "One was from a really bright guy who said: 'I've just got released from prison.'" She shows me her phone: "I'd do a lot worse than rape you. I've just got out of prison and would happily do more time to see you berried [sic]. #10feetunder."

I'm amazed she has managed to stay so calm. "I felt really sick, to be honest. And horrified. It's not like I didn't know this happened to women, but to see it in front of you, directed at you … But it's important to remember there are so many more of us than them. It can feel they are unbeatable, there are too many of them … 'Don't feed the trolls, just ignore them, there's nothing you can do about that …' Bollocks to that! I don't want to live in that world."

Criado-Perez (29) was born in Brazil to an Argentinian father and an English mother. Her businessman father worked with supermarkets around the world. Every three years or so, the family would move countries. In her mid-20s, she went to Oxford University. She studied gender in literature and was politicised. She began to think about the patriarchy.

It is unusual to discover politics so late, I say. She grins. "Yeah. It's like born-again Christians; they are the most vocal and passionate about it."

After graduating last year, she began a masters in gender theory. Actually, she says, she was planning to write her dissertation this week rather than going into hiding.

She started to blog and tweet about feminist issues. Last October, she was listening to a debate on teenage pregnancy on radio – the panel was all male. She was outraged and tweeted her fury. The next day, there was a debate on breast cancer – another all-male panel. BBC presenter John Humphrys sheepishly suggested they couldn't find a female expert. Criado-Perez was incandescent.

She and a friend decided that if the BBC couldn't find female experts to discuss issues, they would. So they started the Women's Room, a database of female experts and a campaigning group for fairer representation. "It's made it easier to find women and harder to say things like 'We couldn't find a female breast-cancer expert', because there must be 150 now on the Women's Room."

She checks her messages for the first time in hours and looks upset. "Oh dear …" Labour MP Stella Creasy, who has been supporting Criado-Perez, is also getting threats.

Why has social media unleashed this plague of misogyny? "It's been going on for millennia. Women have always been put in their place and kept there through the threat of sexual violence. What social media has done is enable people to behave in ways they wouldn't face to face."

That afternoon, the Twitter trolling reaches a new low. Female MPs and journalists who have supported Criado-Perez are sent tweets saying their homes are about to be bombed. She emails me: "Just got another quite graphic death threat …"

But she still finds the positive in it: at least, she says, it's forcing us to have a debate. "It's like Twitter's just started vomiting up hatred and bile, and now it's moved beyond me and loads of women are being targeted in this really bizarre way. It feels as if we are really doing something now, like we're lancing the boil or whatever rubbish metaphor you want to use. We've got to go through this really horrible process and, at the end, we'll have got rid of it all." – © Guardian News & Media 2013

Simon Hattenstone is a features writer for the Guardian