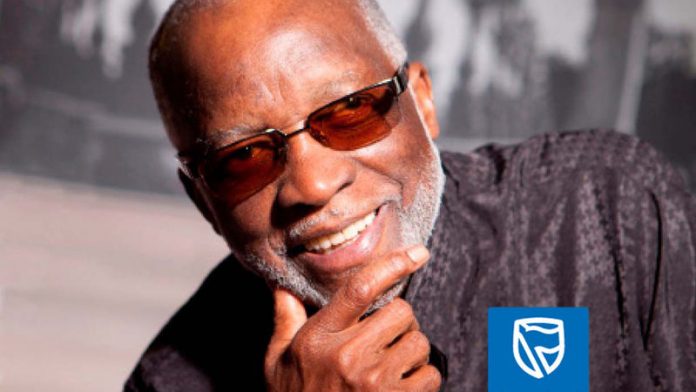 Jamal  is making his second trip to South Africa at the end of this month to perform with his renowned group at the Standard Bank Joy of Jazz from August 22 to 24.

"I'm coming back to your country because I had such a wonderful experience in Cape Town some years ago," he said in an interview. "I like the lay of the land."

His concert, he says, will feature spectacular percussion work from Manolo Badrena and some great solos from drummer Herlin Riley and bassist Reginald Veal as they perform both old and new compositions.

"We are bringing what we think is a very exciting repertoire to Johannesburg. I've been in the business longer than two minutes," he laughs, "and I've lived through many eras of music."

He began playing piano at the age of three when his uncle challenged him to duplicate what he was doing on the piano but it wasn't until he was seven that he began formal piano training with Mary Cardwell Dawson, whom he describes as a great influence on him.

His Pittsburgh roots have remained an important part of his identity; he says he comes from a home town which has had a wealth of great musicians. He recounts how as a boy he watched Count Basie and Duke Ellington perform and that he was exposed to Art Tatum's music for 40 years.

With a lifetime of experience under his belt – he turned 83 in July – and a heap of awards and accolades to his name, Jamal is a humble and inspiring individual whose body of work has been recognised in many diverse quarters.

In the world of cinema, two of his compositions were used in the 1995 Clint Eastwood film The Bridges of Madison County while six years ago the French Government inducted him into the prestigious Order of the Arts and Letters, naming him Officier de l'Ordre des Arts et des Lettres.

He still receives a kick when winning awards and the list is endless: "I'm always getting awards," he says matter-of-factly.

In 1994, Jamal received the American Jazz Masters fellowship award from the National Endowment for the Arts and the same year he was named a Duke Ellington Fellow at Yale University, where he performed commissioned works with the Assai String Quartet. He has received the keys to the cities of New York and Memphis, has a letter from President Clinton in pride of place on his wall and he received a recent award from Malaysia which he still had to unwrap when we chatted.

Jamal, credited with coining the term "American Classical Music", has more than 60 albums to his credit with Blue Moon being the latest CD which he released last year. Here he explored fresh elements and featured three new compositions (Autumn Rain, Remember Italy and Morning Mist), interpretations of different chapters in American musical history and three items representing film noir (Laura), Broadway (Invitation, This is Life) and the popular Gypsy. The title track, which has been performed in the past by such diverse luminaries as Bill Munroe, Elvis and Mel Tormé, gets a complete make-over.

Being civic minded, Jamal has done a great deal of community work in Chicago as well as finding time to teach young musicians his art.

But today he finds he cannot both teach and play. "In my case you can't do both," he laughs, "you either have to teach or play. You cannot compromise."