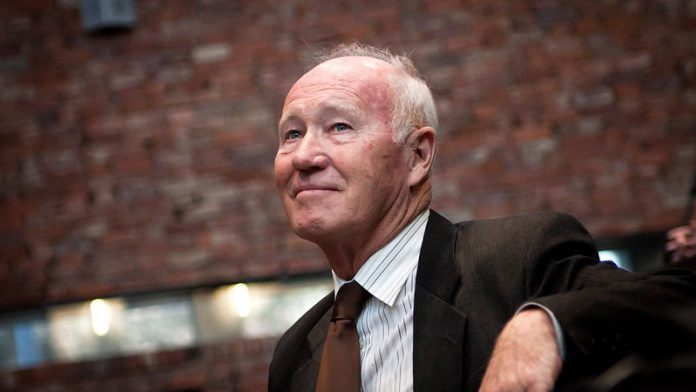 Crawford-Browne on Monday said the closure was in contempt of the Constitutional Court, which agreed to the commission's terms of reference, on the grounds that the process should be transparent.

Seriti closed off the afternoon proceedings to the public on Monday without providing reasons. Crawford-Browne said Justice Minister Jeff Radebe had in 2011 also promised all the public hearings would be "transparent".

The commission was announced by President Jacob Zuma in late 2011 after years of litigation, spearheaded by Crawford-Browne, which attempted to force the government to launch an independent investigation into the arms deal.

Zuma appointed the commission of inquiry before the Constitutional Court could pass judgment on the matter, and Crawford-Browne then conditionally withdrew his case.

On Monday, the commission began the public hearings, after a two week postponement, prompted by issues related to the declassification of documents.

Crawford-Browne said this should not have been necessary, as most of the documentation from the Hawks belonged to arms contractors and was therefore not classified.

'Hawks inherited evidence'
He wrote, "Hawks chief General Anwar Dramat confirmed in Parliament in September 2010 that the Hawks had inherited in 2009 from the Scorpions 460 boxes and 4.7-million computer pages of evidence in respect of the BAE contracts, plus also the files relating to the German Frigate and Submarine Consortia.  Dramat told the Standing Committee on Public Accounts [Scopa] that there was so much evidence that it would take up to 10 years to analyse it.

"Dramat announced two weeks later that the Hawks had abandoned the arms deal investigation, whereupon I lodged my application CCT103/10 to the Constitutional Court that, given this huge volume of evidence, it was irrational and therefore unconstitutional for President Jacob Zuma to refuse to appoint a commission of inquiry into the arms deal.

He said, "The president's legal counsel was unable to refute these arguments plus other evidence that I submitted to the Constitutional Court. Consequently, President Zuma announced in September 2011 that he would appoint a commission of inquiry into the arms deal, and thus finally acceded to demands which Archbishop Emeritus [Njongonkulu] Ndungane, Patricia de Lille, Archbishop Emeritus Desmond Tutu, former president FW de Klerk, Dr Mamphela Ramphele, the late Helen Suzman and I, plus many other South Africans, have been making since August 1999.

"One of the first actions of my legal representatives was to write to the commission to request that the documentation referred to in paragraph two should be secured.  Being the documentation of the arms deal contractors and not of the department of defence, it is not classified material."

Crawford-Browne said, according to recent reports, much of the documentation is now stored in the Hawks's parking lot and that the commission apparently did not deem this documentation to be significant to its investigation.

The initial request for the commission's postponement came from the department of defence's counsel, who said the declassification issue had not yet been sorted out.

Crawford-Browne said this was a "ploy [to] further prolong and obfuscate the commission's work.

Campaign
Crawford-Browne is one of several anti-arms deal campaigners due to give evidence at the commission some time in 2014.

"I made my written submission to the commission in June 2012, now well over a year ago and supported by a legal opinion of advocate Geoff Budlender SC, that the arms deal acquisitions were unconstitutional and illegal in terms of section 217 (1) of the Constitution, and also fraudulent.

"I made a supplementary submission in December 2012, reminding the commission that section 237 requires that 'all constitutional obligations must be performed diligently and without delay'."

"The commission has still, after 14 months, been unable to rebut my contentions that the arms deal was unconstitutional and illegal right from inception.

"Nor has the commission contested Budlender's findings that the internationally accepted remedy for fraud is cancellation of the contracts, return of the equipment and recovery of the monies.

"In addition, the 'remedies in case of bribes' clauses in the arms deal supply contracts give the South African government the right to summarily cancel the contracts and to claim compensation," he said.

In his letter, Crawford-Browne listed a number of allegations that are "public knowledge", as motivation for why the monies should be recovered.

'Public knowledge'
"It is public knowledge that ThyssenKrupp, on behalf of the German Frigate Consortium, paid a plea bargain fine in Germany of €46-million after German tax authorities rejected claims that bribes paid to secure the frigate contracts were 'useful business expenditures' and thus tax deductible.

"It is public knowledge that the new management of MAN Ferrostaal acknowledges that offsets were simply vehicles to pay bribes, and that the company's old management had no intention of complying with offset commitments.

"It is public knowledge that the department of trade and industry informed Parliament that the offset commitments did not materialise. It is public knowledge that the new management of Saab acknowledges that BAE misused its accounting system to launder bribes to secure the BAE/Saab Gripen fighter aircraft contracts, and that some of these bribes were paid to Fana Hlongwane," he said.

Crawford-Browne has also asked the commission to withdraw its request for an extention of its mandate.

Instead, he asked Seriti to advise Zuma to "appoint retired judges to ascertain from former president Thabo Mbeki, former minister Alec Erwin and Minister [in the Presidency] Trevor Manuel what pressures and threats were exerted upon them by European governments and arms companies, and also why they abused their powers of public office to block meaningful investigation of the corruption that followed.

"It is estimated the arms deal debacle has cost about R70-billion. I respectfully suggest that these funds could be far more beneficially applied towards social upliftment in keeping with the commitments of the Constitution … " he said.