The demonisation of Oscar Pistorius and Cezanne Visser 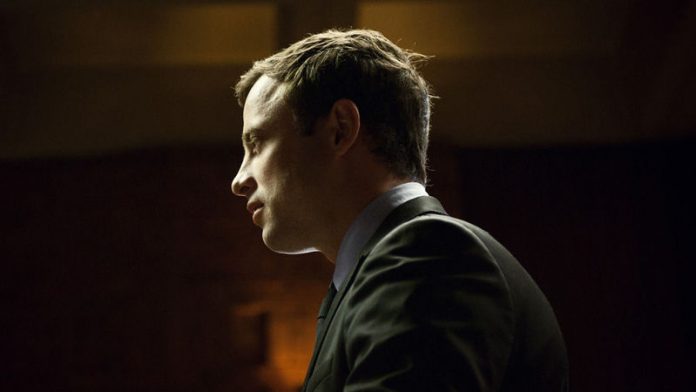 Cezanne Visser’s parole on Monday released a chorus of protest. We again had a strong emotional response to that strange case, which ran for over a decade.

"Advocate Barbie", as she was dubbed by the media, was sentenced to jail in 2010 on a series of counts involving the molestation and abuse of children and other women. Her partner in crime, Dirk Prinsloo, and mastermind behind the sexual exploits, skipped the country and left her to face the charges alone (only to be imprisoned in Belarus for another offence).

In the drawn-out court case, her twisted relationship with Prinsloo became a thing to be prodded and picked over, each new lascivious detail held up to the light for a chorus of exclamations from the public.

The focus in many stories during that time was about the revelations of the couple’s sex life. "Prinsloo 'could not get enough of sex'" read one headline. "Kinky sex is like brushing teeth – Visser", read another.

Less popular was dealing with the actual crimes committed against minors. One has to search hard to find the facts, such as that one of the victims from a children’s home was drugged and woke up without her underwear. She would later grow into a troubled young woman with a heroine addiction who would eventually take her own life.

But those details were uncomfortable. Easier and more entertaining, were the minutiae of Visser and Prinsloo’s sex life: how it involved human excretion, bondage and illegal pornography. How the qualified lawyer, who was a virgin when she met fellow advocate Prinsloo, had her breasts repeatedly enlarged until they were a size EE, and her long hair dyed a platinum blonde till she became a cartoonish image of horror; someone unimaginable and like no one we knew.

Which is precisely the problem.

If the statistics are to be believed, the crimes Visser was convicted of happen all the time, often by people we know. But it takes a dramatic, sexy case to get it to the headlines, and then it – and the people responsible for the crimes – are treated as something alien.

If the potential perpetrator, in the case of Oscar Pistorius, is already a golden boy, we must perform a major re-imagining of who he is to make sense of what he did.

When Pistorius shot and killed his girlfriend, the paradigm shift started. Stories began emerging of his "darker side" until that became all we spoke about. Previously untold stories of aggressive acts came thick and fast, blotting out the sunny image of the man whom we once believed could do no wrong. To admit that he could do something so heinous, we had to completely disassociate him from anything we were.

"If he’s guilty, people have two sides to them. The good person now has completely disappeared," a friend of Pistorius, Del Levin, told Vanity Fair.

It's been said before but it needs retelling: by demonising perpetrators of violence and abuse, we exonerate ourselves, our neighbourhoods, and the very fabric of the society we create and allow to exist.

Whatever Pistorius did that fateful Valentine’s Day 2013, it didn’t happen in a vacuum. One report states that "globally, women aged between 15 and 44 are more likely to be injured or die as a result of male violence than through cancer, traffic accidents, malaria and war combined".

In South Africa, the rate of female homicides is five times higher than the global rate, according to another report.

Visser and Prinsloo's misdemeanours with children happen every day. But well-to-do people, people like us, aren't supposed to do these kinds of things. It's others who do it.

A case in point: Daily Maverick writer Paul Berkowitz bravely revealed his own aggression issues in a piece about violence against women. He was making a powerful point that this sort of violence is something endemic to our society and something we must all deal with.

He was lauded for his efforts but there were one or two strange responses. In the piece, Berkowtiz describes himself as "a South African, Jewish, white, 30-something, university-educated man (and whatever other designations are out there)". One comment, which received a positive response itself, read: "Sorry, but I just don't buy this. I very much doubt that the incidence of rape in the Jewish community is any higher than that in the Afrikaans community, which doesn't approach nearly that of the majority cultures in this country."

Another commenter disagreed "with the author trying to distribute blame equally on to the Jewish community".

The sense of exceptionalism was clear and it carried with it something insidious and horrible: a blanket denial that people like us don’t do things like that. If you’ve been abused in a community like that, good luck with getting anyone to listen and take you seriously. Our society is just not set up for it. We flinch and turn away if it's too close too home. Instead, we pore over the sensational details in glamorous news stories of these things happening to others we thought were better. And, like people driving past a car accident, we stop and stare before moving on and congratulating ourselves that it wasn’t us. Never us.