Gogwana’s connections hardwired to this music 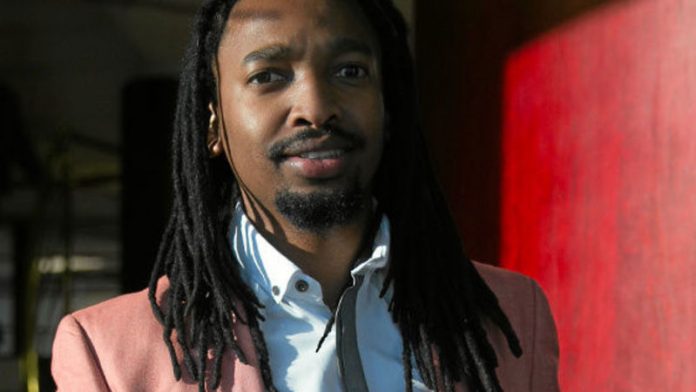 ''At the Cape Town jazz festival'', trumpeter Lwanda Gogwana recalls ruefully, ''this guy approached me about my album. I was smiling–you always hope for something nice –and then he looked serious and snapped: ‘It’s all over the place.''

''Luckily, my mom was there to comfort me that not everybody will like what I do. But in a sense he was right – it is all over the place.''

The compositions in his album deliberately employ the Xhosa technique of ''putting salt in the tune'': layering and interlocking complex elements.

''At university, I studied the Xhosa music of [split-tone singer and composer, the late] NoFinishi Dywili, which really made an impression.''

Gogwana’s dream is to transform university music curricula so that ''all styles of South African music fill one first-year block''. Because, unlike his older jazz peers – often self-taught: kids peering through the windows of shebeens and stokvels to absorb the sound – it was the formal education system that brought him into music. He sang in his school choir, started piano lessons at the age of 10 and trumpet in the school band a year later.

''When I saw all that shiny brass, I really wanted just to play anything. The sax was taken so I ended up with a trumpet. The band was big on jazz so I grew up with Woodchoppers’ Ball and Satin Doll. But I wouldn’t say it was jazz that made me stick around – it was music.''

''Sticking around'' is an understatement. The young Gogwana was selected to tour with a school band in Namibia and the United Kingdom; later, at the University of Cape Town, he won an exchange scholarship to Norway and later graduated with degrees in both composition and musicology.

And roots South African jazz wasn’t entirely absent from his growth: Winston ''Mankunku'' Ngozi, Hugh Masekela and Jonas Gwangwa featured strongly in the family record collection. ''I could hear the connections in all those musics.''

He can still hear them now in the greater diversity he has encountered since moving to Johannesburg: house music elements and the influence of West African players and producers – ''which takes us full circle back to the ancient Bantu roots of our music''.

On Saturday, Gogwana will play with United States saxophonist Donald Harrison in a programme including one of his own compositions. He’s equally excited by the festival workshops he will join in Soweto.

He has taught a lot: for the department of arts and culture in Cape Town, at South African jazz educators' meetings and for grassroots community project RYThM.

''You know, I saw a video of Wynton Marsalis teaching in a township and he wasn’t getting through to many kids. It’s not just about musicianship–Marsalis is brilliant –but you have to connect as well. I sometimes think that must be why I came into music.''