Mugabe sworn in as Zim president for another 5 years 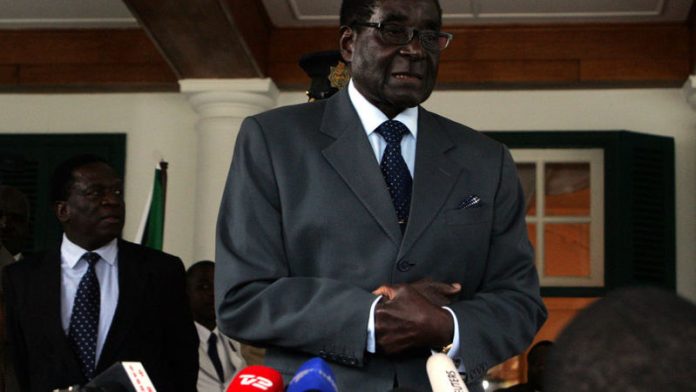 Opponents and the West said that Mugabe's re-election in a July vote was not credible.

Mugabe, who has ruled since independence from Britain in 1980, has told critics of his re-election to "go hang" and has vowed to press ahead with nationalist policies forcing foreign firms to turn over majority stakes to black Zimbabweans.

He took his new oath of office before bewigged Chief Justice Godfrey Chidyausiku at a ceremony in a 60 000-seat football stadium in Harare, witnessed by thousands of cheering supporters, diplomats and delegations from the region.

His longtime rival and opponent in the past three elections, Morgan Tsvangirai, boycotted the ceremony.

Tsvangirai has denounced the July 31 election as a "huge fraud" and a "coup by ballot", alleging massive rigging by Mugabe's Zanu-PF party.

Mugabe and his ruling party have rejected these allegations. This will be Mugabe's fifth term as president of the southern African state.

He also served two terms as prime minister after independence in 1980 ended white minority rule in the country previously known as Rhodesia.

Sanctions
​Mugabe and senior officials from his ruling Zanu-PF party are the target of sanctions imposed by governments in the West, which has accused them of staying in power through massive human rights violations and vote rigging.

Britain said on Thursday that Mugabe's re-election could not be deemed credible without an independent investigation into allegations of voting irregularities.

US officials this week said the election was flawed and Washington has no plans to loosen sanctions until there are signs of change in the country.

The European Union will review relations with Zimbabwe given its "serious concerns" about the election, EU foreign policy chief Catherine Ashton said on Thursday.

The EU's verdict on the fairness of the elections will be crucial to a decision on whether or not it continues to ease sanctions.

Soon after the July 31 vote, which went ahead peacefully in contrast to 2008 election violence, domestic monitors from the Zimbabwe Election Support Network said registration flaws may have disenfranchised up to one million people out of 6.4-million registered voters.

But observer missions from the regional 15-nation Southern African Development Community (SADC) and the African Union broadly endorsed the vote as free and peaceful and called on all parties to accept its results. – Reuters