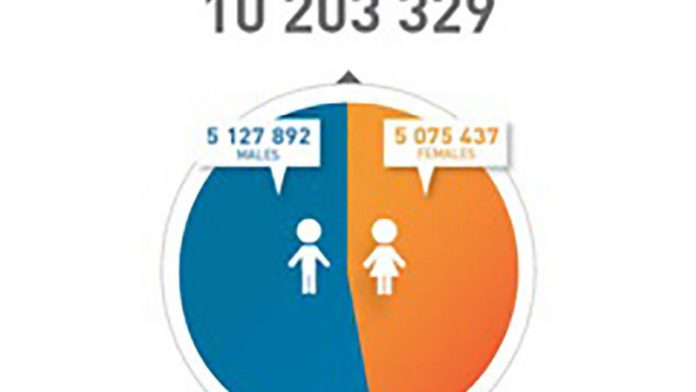 The International Conference on Population and Development (ICPD), held in Cairo from 5 – 13 September 1994 aimed at advancing gender equality, eliminating violence against women and ensuring women ability to make decisions regarding their own fertility.

These objectives still resonate today, almost 10 years after the ICPD.

With an increasingly younger global population, we see young people have more specific concerns and needs related to sexuality.

Yet evidence shows that few receive adequate preparation for their sexual lives and often face barriers that prevent them from accessing accurate information about sexuality and sexual and reproductive health.

Generally the capacity of parents to respond to these questions varies but evidence shows that young people are influenced to a considerable extent by their peers.

Studies also show wide variations in the effectiveness of social institutions, including schools that contribute to reinforcing the values of individuals and communities, with their effectiveness dependent on their understanding of the needs and interests of young people.

The consequences are numerous: young people may lack self-confidence and are unable to make informed decisions about their sexuality.

This leaves them potentially vulnerable to coercion, abuse and exploitation, unintended pregnancy and sexually transmitted infections (STIs), including HIV. UNAIDS data in 2010 shows that 42% of all new HIV infections occur among young people.

International consensus, among professional and policy makers, has been growing around two key areas: (1) Recognition of young people’s human rights relating to sexual and reproductive health, specifically the right to information and comprehensive education on sexuality; and (2) The importance of promoting gender focused and rights based comprehensive sexuality education in order to better reach desired health outcomes.

For example, the international community has recognized the right for young people to access “comprehensive education on human sexuality, on sexual and reproductive health, on gender equality and on how to deal positively and responsibly with their sexuality”.

The right to sexuality and HIV education is grounded in fundamental human rights, namely the right to education and to health that are established in numerous international agreements.

The 1994 International Conference on Population and Development Programme of Action (ICPD PoA) explicitly calls on governments to provide sexuality education to promote the wellbeing of adolescents and specifies key features of such education South Africa has responded to this by introducing the Integrated School Health Programme (ISHP).

This has created a collaborative platform between the education and health sectors to increase provision of accessible youth friendly health services directly and through linkages to appropriate community services.

Reproductive Health Rights
Reproductive health is a state of complete physical, mental and social well-being and not merely the absence of disease or infirmity, in all matters relating to the reproductive system and to its functions and processes.

Reproductive health therefore implies that people are able to have a satisfying and safe sex life and that they have the capability to reproduce and the freedom to decide if, when and how often to do so.

Implicit in this last condition are the right of men and women to be informed and to have access to safe, effective, affordable and acceptable methods of family planning of their choice, as well as other methods of their choice for regulation of fertility which are not against the law, and the right of access to appropriate health-care services that will enable women to go safely through pregnancy and childbirth and provide couples with the best chance of having a healthy infant.

Certain groups, such as unmarried women and adolescents, may face particular obstacles in accessing contraceptive information and services, based on the notion that they should not be sexually active.

Furthermore, coercive policies and practices such as forced sterilization, which were prominent in the past and continue to be practiced today, violate numerous human rights and disproportionately affect members of vulnerable groups such as the poor, disabled, ethnic and racial minorities, and women living with HIV.

Global estimates by the Guttmacher Institute show that 52 million never-married women, mostly adolescents and young women aged 15-24 in the developing world, are sexually active and in need of contraceptives in 2012.

A recent study, also by Guttmacher, notes that there is a steady long-term trend towards increased levels of sexual activity among this group, due to reasons such as the declining age of menarche, the rising age at marriage and hanging societal values.

The implementation of the revised contraception policy in South Africa is an opportunity to scale up teenagers’ access to information about safer sex, contraceptives and youth friendly services including, access to early antenatal and postnatal care.

The policy also provides a platform for addressing the needs of teenagers at risk of HIV, teenagers living with HIV (using antiretroviral treatment or not) and their partners, and the promotion of dual contraceptive methods.

Under the policy, the importance of appropriate integration of contraceptive and fertility planning services with HIV, TB, PMTCT, child, maternal and adolescent health services is emphasized.

UNFPA works towards trying to create a safe, successful passage from adolescence into adulthood which it recognises as the right of every child.

Sexual and reproductive health and human rights are a cornerstone of this transition, influencing outcomes for years to come.

If adolescents and youth are to flourish, and if the world is to reap the benefits of the “demographic dividend”, we need integrated sets of policies and programmes that address the “whole person” and we must pay close attention both to the context in which young people live while not betraying the relevant international standards.

What UNFPA does
• UNFPA will work to pave their way, advocating for investments that ensure adolescents and young people are better equipped for the road ahead with education, life skills, information, vocational options and access to needed services;
• UNFPA will work to remove the obstacles that stand in their way, tackling norms and attitudes, ignorance and neglect, that create, for example, discrimination against young people, which rob them of their choices and which exclude them from the resources and opportunities they need to fulfill their potential; and
• UNFPA will work to make room for young people’s leadership or, in other words, encourage adults to “get out of their way” – actively bringing young people into our own representation activities; encouraging others and ourselves to take the direction of their leadership on critical fronts and ensuring that they are welcomed at decision-making tables inside UNFPA and beyond.

June 16: There’s no such thing as a lost generation, it’s time to invest in our youth now

Vital that the government and private sector create jobs and invest in youth as their numbers rise.
Read more
Special Reports

One more barrier to overcome

It is important to be treated with respect by healthcare workers.
Read more
Special Reports

Examining the concerns of youth migration

Young people need access to services, irrespective of where they are from, forum hears.
Read more
Advertising
Continue to the category
Politics