Amakhosi vs Bucs: In defence of the Soweto derby 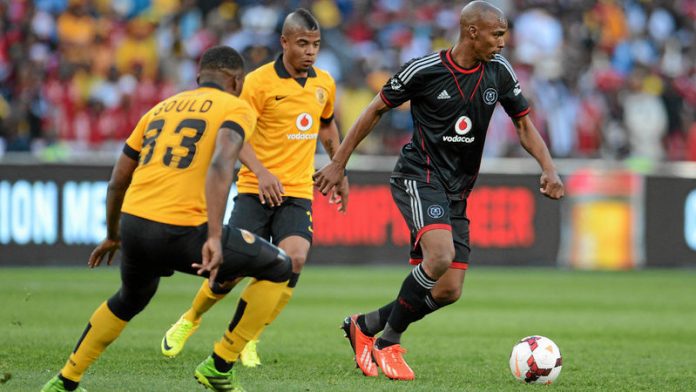 There is a school of thought that the Soweto derby is not what it used to be. Purveyors of this thought point to a number of reasons to support their conclusion.

They cite the number of common sponsorship deals Orlando Pirates and Kaizer Chiefs have shared, including the main jersey sponsor, the cosy relationship between the chairpersons, Irvin Khoza and Kaizer Motaung, and that, unlike anywhere else in the world, the fans of the two clubs can sit side by side without there being catastrophic scenes.

It is a case of using the facts to distort the story. The rivalry is alive and well. The club bosses and players might be friendly but few things in football make a fan as insufferable as their side winning the derby.

If anyone is in doubt, the two legs of the MTN8 semifinal should buttress this point. There is more than just bragging rights at stake.

Chiefs have something to prove
Chiefs might have won the last encounter between the two sides but in their heart of hearts they know that the goal that won them the Carling Black Label Cup should not have been allowed to stand. Chiefs will want to prove it was no fluke and record their first win over Pirates since the 3-0 win in the Telkom final in December 2010, six official matches ago.

For a side that fields what on paper is a heavily defensive team — they are not averse to playing three central defenders and two fullbacks — the Amakhosi are lethal going forward. This is the reason Chiefs were joint top scorers with Platinum Stars (48) in the league last season and conceded the least (21).

Although coach Stuart Baxter’s team has not played since beating University of Pretoria a fortnight ago in the opening round of the MTN8 competition, the huge number of Chiefs players in the national team means that the core of the side will not be short of match practice.

Top players
Itumeleng Khune, Simphiwe Tshabalala, Reneilwe Letsholonyane and Bernard Parker started against Nigeria and Burkina Faso last Wednesday and Saturday. Erick Matoho started against the Super Eagles but was dropped for the clash against the Burkinabe.

Tshabalala, ever the man for the big occasion, scored against the Burkinabe. Khune lifted another trophy — something he did several times last season. Winning being the habit that it is, Khune and Tshabalala may just inspire the rest of the team to rise to the occasion on Saturday.

It might also make Lehlohonolo Majoro, who would have felt in unfamiliar territory training without the five he often accompanies on national duty, want to remind the national selectors that, despite the return of Knowledge Musona, he still has the sharpest instinct for the loose ball since Marks Maponyane two decades ago.

Pirates’ team chemistry is all the rage these days. It would not be easy to score seven times against Al Ahly and Zamalek, the Confederation of African Football’s official first and second African clubs of the 20th century, and still doubt your abilities. The two Egyptian sides share 12 African champion league stars on their club badges, five Cup winners and eight Super Cup trophies.

Psychological edge
That alone gives Pirates a psychological edge over their rivals insofar as any side can be said to have the edge over another in a derby notorious for being indifferent to form or standing on the log.

Pirates have corrected the one area of their game that let them down last season. They have bought strikers. Lennox Bacela has scored three times in his last two matches to neutralise the naysayers to his move from Bloemfontein Celtic.

Against Zamalek last weekend, coach Roger de Sa’s opting for an offensive mindset rather than a positional one was rewarded with four goals from the four players with offensive responsibilities.

So near-perfectly did Bacela, Tlou Segolela, Daine Klate and Sifiso Myeni (Myessi to the Buccaneer faithful) execute their tasks that De Sa’s substitution of Bacela and Segolela must have been to rest them for the semi. They also have Kermit Erasmus to call on for the MTN8 encounter.

In midfield, Andile Jali limping off the pitch last weekend was offset by substitute Lehlogonolo Masalesa’s effortless bossing of the midfield by employing the deceptively simple but effective habit of dispossessing foes of the ball and passing it to friends. It was a performance to prove that the 21-year-old is not just called Viera because of his height.

The traditional caution will be compounded by this tie being played over three hours. It is to be expected that the sides will be extra cautious in the first leg and go ballistic in the second leg at Orlando Stadium on September 24.

So hyped up is the derby that it is easy to forget that it is not the final. Bidvest Wits’ visit to Platinum Stars’ Royal Bafokeng ground might almost go unnoticed with all eyes on the Soweto sides. Ironically, playing without all that hype might just make the “other” semi the one football match connoisseurs will talk about for some time to come.