ARMED AND DANGEROUS: FROM UNDERCOVER STRUGGLE TO FREEDOM
by Ronnie Kasrils (Jacana)

There was a time when you could get Lenin, Brezhnev and Nikita in the same room as Castro, Guevara and Mugabe. They might take their places alongside others answering to names such as Duke, Walk Tall and Joe My Baby–and it is possible they would find themselves at the wrong end of a bollocking from Lara.

The revelation of the true identities behind the noms de plume of the ANC comrades is one of two significant new features in the fourth edition of Ronnie Kasrils’s autobiography, Armed and Dangerous. The other is a 15-page introduction in which the former revolutionary sheds his cloak of defender of the faith, and puts the boot in. But more on that later.

First, the naming thing: when you joined the underground you were renamed and that was that. For example, I rolled my eyes when told in 1980 I was to be Comrade Rory, but from then on everything I did for the ANC and the party was as Rory.

Some names raised a smile–Che was short for Che O’Gara (January Masilela) and Lara was Mac Maharaj. But they all had a serious purpose: they helped to protect both their bearers and the movement.

They made communications safer, spies might not know who they were dealing with, and if you were tortured, you could feign ignorance of real names–all essential stuff if you were working in the shadows. It’s a consideration that emerged in a different guise through the WikiLeaks revelations released by Chelsea Manning –the United States soldier who was convicted, as Bradley Manning, of leaking classified US information–and Edward Snowden. I imagine that some of those named and shamed might have preferred to have been known as Walk Tall.

"Struggle" writing
Anyway, in “struggle” writing,there has been a gradual loosening of the bonds of a tribal loyalty that once prevented naming names. Twelve years ago, when I wrote a memoir (Dancing Shoes Is Dead), I tentatively chose a middle path, identifying only those who were prominent ANC or party members, but I protected the identities of others who had returned to civilian life, and renamed some of my friends.

But by the second decade of democracy, such caution was deemed unnecessary–at least by Mac Maharaj, who spoke openly about named comrades in his authorised biography by Padraig O’Malley. Joe Slovo and Siphiwe Nyanda came in for Mac-attacks, and Ronnie Kasrils himself didn’t emerge unscathed.

In Kasrils’s book, the addition of activists’ real names doesn’t add much for the casual reader, though it may help historians to join the dots. The reason is that this is the only change to the 2004 version, other than the new introduction. In the main part of the book, he talks of “Mac, with his inflated ego”, but that’s as personal as it gets.

Though Kasrils is not above self-criticism, he doesn’t really do emotional self-revelation, nor does he discuss the private lives of others. Helena Dolny might have mentioned Joe Slovo’s passion for “wine, women and song” when speaking at her husband’s funeral, but “none of us revolutionaries, inhibited by political correctness, would have dared cut it so close to the bone”.

Still, the one-time “Red Pimpernel” writes engagingly. I first met him in Lusaka in 1989 and took to him immediately because he was gregarious and unpretentious, and this comes across in his prose. He also has a knack for putting together intriguing vignettes of storytelling, suggesting an impressive memory for detail and a sharp ear for dialogue. 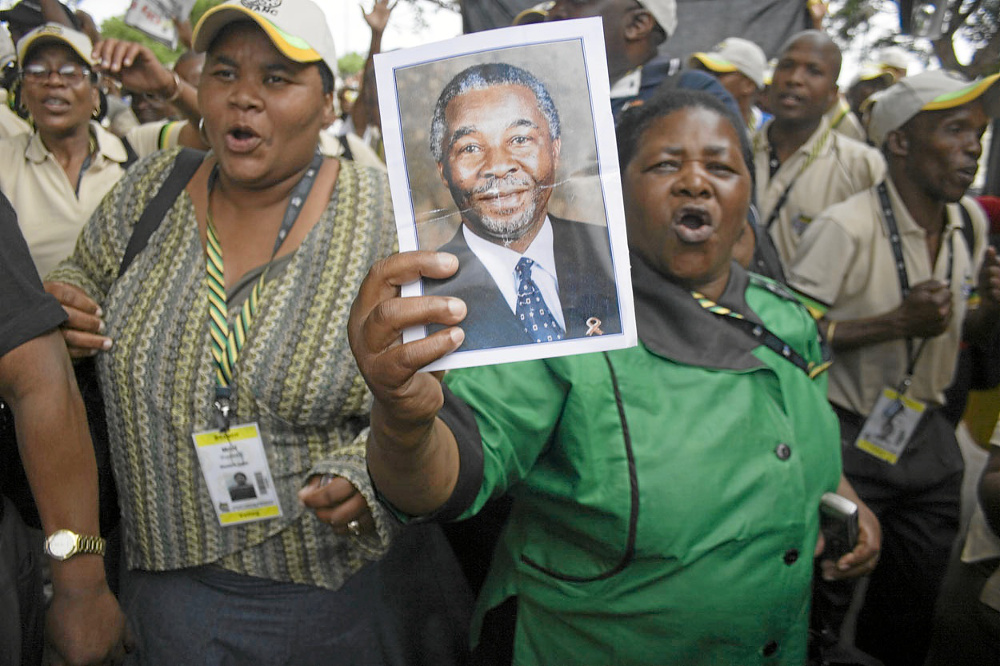 Kasrils acknowledges the movement was too slavishly pro-Soviet, and recognises that the treatment in ANC detention camps was sometimes unnecessarily brutal, but offers little in the way of macro critique of the ANC’s exile years. For example, though he provides a gripping account of Operation Vula, he does not adequately explain why it took 25 years for any of the ANC’s leaders to return home, let alone why Um-khonto weSizwe achieved so little.

He praises Oliver Tambo for holding the movement together, but ignores the cost: those who were corrupt (Joe Modise), incompetent (Alfred Nzo) and brutal (Mzwai Piliso) remained at their posts, and, again, Kasrils offers not a word of reproach.

However, the long introduction to this new edition remedies some of these failings. One example: Kasrils is the only former ANC notable I know of brave enough to take on Nelson Mandela in print.

He says attempts within the ANC to critique neoliberal policies “were imperiously put down by Mandela, who firmly believed the opposite and by then was used to getting his way”, and that his “sworn promise to the ‘poorest of the poor’ was lost in the process”. And he adds: “In this, he was markedly different from Oliver Tambo … who had always allowed full and open debate.”

Kasrils is particularly scathing about Jacob Zuma’s failings, which include “rural, ethnic conservatism and a sexual impropriety which his rape trial demonstrated”. But he believes the impetus for corruption came from an earlier “Faustian bargain” with big business and the International Monetary Fund, resulting in an income disparity more skewed than under apartheid.

The new elite are “comprador lackeys” and there should be “no surprise that corruption has taken root as the greedy and ambitious fight like dogs over a bone”.

This is strong stuff, but there is a caveat: corruptors need corruptees, and he does not ask what it was in the ANC culture that allowed them to flourish. Under Tambo and Mandela blind eyes were turned, but under Thabo Mbeki it got significantly worse as the ANC scored off corrupt arms deals. Yet Kasrils cannot find a harsh word for the paranoid, Aids-denying, Mugabe-backing president who made him minister of water affairs and forestry.

But perhaps edition four should be seen as a work in progress–one that makes a worthwhile addition by picking fights worth fighting. Next will come an “entirely new volume” on the post-2004 era. Let’s hope that, having acquired a taste for unshackled expression and for naming names, Kasrils is less selective in his targets.

Ronnie Kasrils will be at the M&G Literary Festival on Saturday August 31 from 4.30 to 6pm in Session 6, The bravery of the lion: “Until the lions have their own historians, the history of the hunt will always glorify the hunter”. Craig MacKenzie will chair a panel made up of Kasrils, Jacques Pauw and Toni Strasburg. For more details and bookings, go to mg.co.za/litfest

Nelson Mandela and the invisible city are two of the subjects that feature at the M&G Literary Festival.

South Africa’s poet laureate, Keorapetse Kgositsile, will be on the panel Cavafy, Seferis and South African Poets (session seven on August 31, from 4.30pm to 6pm at the Barney Simon Theatre).

Chaired by poet and literary scholar Stephen Gray, the panel is made up of Kgositsile, eminent human rights lawyer and author George Bizos, and award-winning playwright, short-story writer and poet Renos Spanoudes.

There is a strong visual element to the festival, with video representations of the Mandela Poster Project and the Lagos photo exhibition that are highlights of Arts Alive, as well as 140 photographs from the Writing Invisibility e-book project that launches at the festival.

The 95 posters from the Mandela project will be shown on plasma screens in the Market Theatre complex, as will images from the Lagos show. The project grew from a group of designers who decided to celebrate Madiba’s life by collecting exceptional posters representing 95 years of his life from around the world. The posters will be auctioned for the Nelson Mandela Children’s Hospital Trust.

Writing Invisibility brings together the University of the Witwatersrand’s African Centre for Migration and Society and the Mail & Guardian, supported by the Max Planck Institute. The e-book is about the invisible city and those who live it.

The book features images taken by M&G photographers Oupa Nkosi, Delwyn Verasamy, Madelene Cronjé and David Harrison, and Canadian photojournalist Nick Kozak. A selection of these will be on show.

The e-book will be launched in the Main Theatre during session nine, Migration: There Was a Country, on September 1, from 12.30pm to 2pm.