Modernity ?and the? plural vision 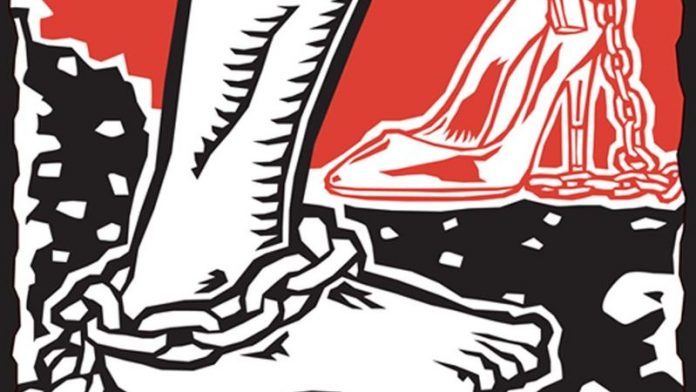 Although the Global South has often been addressed in political and economic terms, less attention has been granted to how it might be understood from an intellectual standpoint.

One answer to this broad question, particularly from the vantage point of Latin America, is the work of Walter D Mignolo, who has recently been a Wits distinguished visitor hosted by the Centre for Indian Studies in Africa at the University of the Witwatersrand.

Mignolo is the William H Wannamaker professor of literature and romance studies at Duke University in the United States, where he has taught since 1993. Originally from Argentina, Mignolo received his doctorate in semiotics at the École des Hautes Études in Paris under the tutelage of Roland Barthes.

His early work addressed Latin American literature, though his interests widened during the 1980s to include questions of empire and Western knowledge, resulting in his breakthrough book, The Darker Side of the Renaissance: Literacy, Territoriality, and Colonization (1995), which outlined the role of literacy as a tool of conquest in the Americas.

His scholarship has since expanded to critique Western modernity more generally – specifically the ways in which modernity has been fundamentally influenced and shaped by colonialism. This critical endeavour and its concurrent interest in non-Western knowledge fall under the rubric of what Mignolo calls the “decolonial” project, an undertaking outlined in two recent books, Local Histories/Global Designs: Coloniality, Subaltern Knowledges and Border Thinking (2000) and The Darker Side of Western Modernity: Global Futures, Decolonial Options (2011).

Can you briefly describe the decolonial project?
There are three defining trajectories.

The first is decolonisation, a state project. The history of decolonisation in Latin America, Africa and Asia are well known – both the splendours and the miseries. The second trajectory we owe to figures such as Frantz Fanon and Steve Biko – the decolonisation of knowledge. The critical rejection of Western discourse – racism, for example – that has marginalised non-Western peoples and cultures.

The third trajectory, the one I am pursuing, is the broader idea of “decoloniality” in relation to Western modernity and its “darker” side, which can be called “coloniality”.

This last concept was introduced by Peruvian sociologist Anibal Quijano.

Coloniality is, in a sense, the other side of the story. What we all have been told is the narrative of Western modernity – the Enlightenment and so forth – but not its consequences, the history of colonialism that has underwritten modern life and culture. The idea of decoloniality is to provide a different option, to refuse the legacies of colonial subjection and to avoid unthinking coercion into Western modernity.

What are the origins – intellectual, political and geographic – of this project?
Much of it has to do with debates in Latin America during the late 1960s and 1970s over dependency theory, mainly, but also liberation theology.

These two projects contested certain prerogatives of Western modernity but not the terms of conversation – specifically, the larger problem of Eurocentrism.

Local histories around the world have a role in this project, sharing one thing in common: they intervene and challenge the Western expansion of ideas, from Christianity to liberalism and Marxism. They emerge from the experiences and particularly the “colonial wound” suffered by non-European and indigenous peoples.

As for how my work speaks to the South African situation, I would like to invert this and instead say a few things about how South Africa speaks to me. How can Africa speak to someone born and educated in Argentina, who did his PhD in France and moved to the United States?

Living across these different geo–graphies, the connections between political struggles among people who do not want colonial rule becomes quite clear. South Africa is one part of this global history.

And now this order is changing once more with the Brics [Brazil, Russia, India, China and South Africa]formation playing an important role in that change.

Beyond understanding what the conversations are around South Africa and Brics, I have wanted to learn more about ubuntu and its potential as a concept. I am aware that it has been misused, as have its rough equivalents in South America and China. I know these indigenous concepts can be problematic but they point towards a similar goal related to the Western idea of “democracy.” And democracy is equally problematic. But all of these concepts share a vision of a harmonious society and a popular form of governance.

In what direction, then, is your future work heading?
My work will continue in the same direction. During the early 1980s, I began to ask questions regarding Europe’s consolidation of power in the Atlantic – the formation and expansion of the idea of Western civilisation.

This historical foundation that can be traced to the 16th century through the triangle of the Atlantic slave trade also provides the triad of modernity, coloniality and decoloniality.

Again, there is no modernity without coloniality. If modernity is an unfinished project, as Habermas would have it, so is coloniality. And if modernity and coloniality remain “unfinished”, so will decoloniality. In short, what is needed is the constant work of unveiling the logic of coloniality at all levels – epistemic, economic, political, aesthetic, theological, and so forth.

Decoloniality is not a project of “taking the state”. It is an ongoing intellectual project that seeks to uncover the colonial matrix of power at all levels, all over the globe. In place of a Western universalism, it seeks a global “pluriversalism” – a plural sensibility towards global knowledge.

In a practical sense, working in this direction means to engage in several activities: doing research, lecturing and conducting seminars, and disseminating research results and ideas through writing and other forms of media. The work is unceasing. But I am not simply a scholar, I am a political advocate.

Christopher J Lee is a lecturer at the Centre for Indian Studies in Africa and in the department of international relations at the University of the Witwatersrand. He is the editor of Making a World after Empire: The Bandung Moment and its Political Afterlives (2010)

Return to the communal

The first civilisations to suffer the consequences of the formation and expansion of Western civilisation were the Inca, the Aztec and the Maya.

One of these was the dismantling of the communal system of social organisation that some indigenous nations in Bolivia and Ecuador today are working to reconstruct and reconfigure.

From the European perspective, the communal may sound like socialism or communism. But it is not. Socialism and communism were born in Europe, as a response to liberalism and capitalism.

Not so the communal system. The communal systems in Tawantinsuyu and Anahuac (Inca and Aztec territories, respectively), or societies in China before the Opium War, eventually had to deal with capitalist and (neo)liberal intrusion, as well as European responses to such intrusions; but they themselves pre-existed the capitalist mode of production …

Bolivian President Evo Morales’s speeches are full of references to the communal, as are Nina Pacari’s, former chancellor of Ecuador, who has been recently appointed secretary of foreign affairs. So, too, is the collective work of the National Council of the Ayllus and Markas of Qullasuyu (Conamaq), a representative body of the indigenous peoples of the Bolivian highlands. They feel no need to explain these references, just as the Jacobins or the Paris Commune require little elaboration for the European left.

G is for Globalism