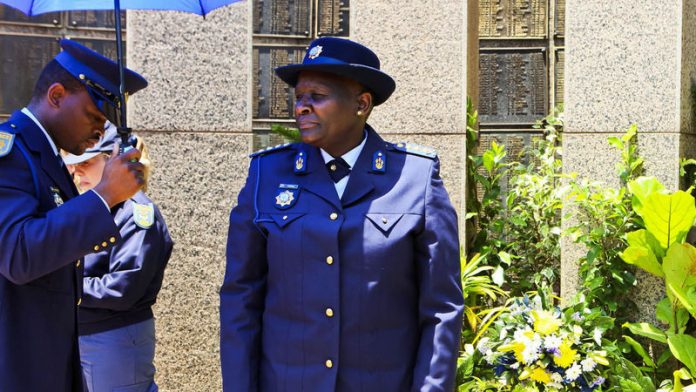 "Lieutenant General Zuma has 20 years experience as a policeman," Phiyega told reporters in Pretoria on Saturday.

"He worked his ranks up in the police from constable to major general."

Phiyega was briefing the media on her first year in office.

Zuma, who is not related to President Jacob Zuma, replaced Lieutenant General Mzwandile Petros, whose last day as provincial commissioner was Saturday.

"I wish to also take this opportunity to thank Lieutenant General Petros for being a loyal servant of the service," Phiyega said.

"He is the epitome of a professional police officer," she said, adding that Petros had agreed to stay with the police for a year.

"We have been engaged in discussions about his future role in the police. He indicated his desire to move on and pursue other interests.

"I have tried hard to ensure that his skills are not lost to the SAPS [South African Police Service]. He has kindly agreed to stay on until the end of this year to focus on a number of special projects," she said.

"The same management principle is applicable to the police. You do not have to be a career cop to lead," she said.

"We have people who are not career cops but excelled like [Gauteng commissioner] Lieutenant General Mzwandile Petros who is a maths teacher."

She said police stations were the nexus of service delivery.

"If we do not get police stations right, we shall not get service delivery right.

"What I have observed over a year, reaffirms my views that policing is a tough job," she said. – Sapa