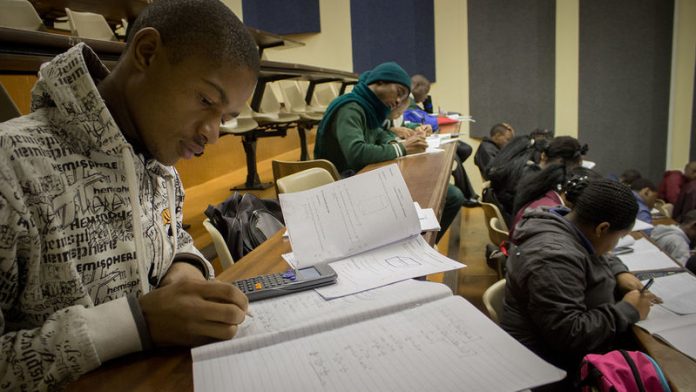 The late 1980’s was a tumultuous time clouded in uncertainty and swathed in unrest. Children were made to feel the pangs of these times the most.

They needed a foothold, guidance and help preparing for a future in which they would be the torchbearers for a generation free from oppression.

Ikateleng, which means “empower yourself”, is a supplementary education initiative that has enriched the lives of more than 20 000 children from disadvantaged communities.

Launched 24 years ago under the supervision of Professor Tienie Theron, its success has been unparalleled.

Learners and teachers were selected on strict criteria to ensure they were up to the task.

They would gather on Saturdays at the North-West University (NWU)’s Vaal Triangle campus where eager young minds were skilled in mathematics, English, science, accounting and economics. These subjects were supplemented with life skills and career guidance.

Two years on and the first classes were presented at the NWU’s Potchefstroom campus, thereafter Mafikeng, Upington and Ledig, and others.

The costs involved proved to be a hurdle, but thanks to the kind-heartedness of various donors the programme grew in leaps and bounds.

In 2010 the country’s education sector was paralysed by nationwide South African Democratic Teachers Union strikes, but Ikateleng was left unscathed.

“Ikateleng continued with services and, despite the strike, all the teachers that were part of this programme arrived for work every Saturday.

“Interestingly enough, many children who were not on this programme tried to sneak in on Saturdays to receive this much needed tuition. It is proof that the programme is very relevant for its community,” says Chris Windell, Ikateleng’s marketing manager.

Darius Mhulatshi, Ikateleng’s manager, says the programme’s passing rate for the past 24 years is more than 80% and a large percentage of these grade 12 learners enrol at one of the three NWU campuses for their tertiary education every year.

“It exceeded our wildest expectations. A pass rate of 93.4% is clear proof that this programme is extremely successful.

“Especially considering the fact that the national pass rate for grade 12 learners in 2012 was 73.9%,” Windell says.

It is also significant that from the 454 grade 12 learners, 318 received university exemption, 75 learners could apply to technical colleges and 30 learners qualified for further education and training (FET).

Several former Ikateleng students have already made their mark in the corporate world.

Ayanda Nzo occupies a senior engineering position at Eskom, while Dr E Kwame Adzatia empowered himself through the Ikateleng project and subsequently qualified as a medical doctor.

He is currently employed as a medical practitioner at the Helen Joseph Hospital in Johannesburg.

With the aid of this project, Bootha was home-schooled and passed his grade 12 successfully at the age of 15. He then registered for his degree in chartered accountancy, which he obtained in 2010 at the age of 17.

He is currently registered for his honours degree at the NWU Potchefstroom campus.

Nthabiseng Seiphetlho, the only Ikateleng learner from the Reikanne Secondary school in Mareetsane, used the programme to start a study group at her school.

As a result, she obtained three distinctions during her grade 12 examination. For the first time ever, this school produced nine candidates with university exemption.

Year end functions are held annually at various Ikateleng centres during which the particular year’s top achievers are rewarded with cash prizes.

It’s a financial incentive to push them that little further, but it is an unnecessary one. The stats don’t lie: Ikateleng learners need no motivation, only a chance.

Only a few households have access to the internet and students and learners , but educators can find ways to improve reading for meaning and digital knowledge
Read more
Friday

Photographer Tommy Busakhwe, a participant in the Communities of the Kalahari Advocacy Project, uses his camera to tell stories of home, land and the people who live and work on it
Read more
Coronavirus