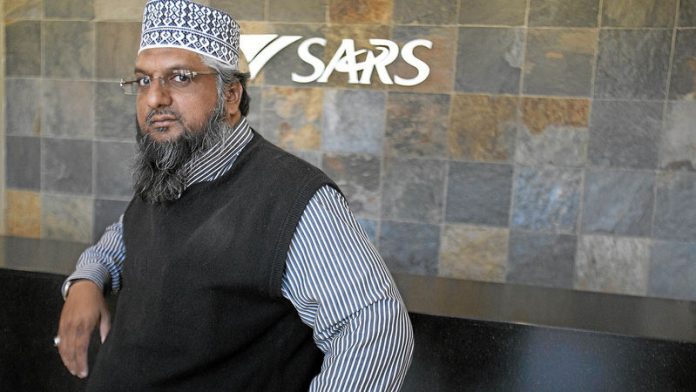 The South African Revenue Service (Sars) has introduced a new automated customs system that combines 26 previous systems and is intended to speed up the processing of goods at borders, cut back on corruption and make the country a more attractive gateway to Africa.

The introduction of the new system follows several reports, including a study by the World Bank, that showed that delays at border posts had raised the cost of moving goods, slowing down regional integration and lowering South Africa’s ratings for ease of doing business.

The Durban Citrus Growers Association in 2010 estimated that border delays in the Southern African region cost growers $10-million each season.

Talks are already under way for the new customs management system to interface with Mozambique and Zimbabwe, which will cut down dramatically on time and paperwork and congestion at, for example, the infamous Beitbridge border post.

The system, which went live on August 17, was initially motivated by a senior Sars official with experience in customs, Pravin Gordhan, who went on to become the commissioner at Sars and now is finance minister.

It’s not surprising then that, when the system went live 15 years later, Gordhan, who is also overseeing the implementation of the National Development Plan, would be the one to launch it.

Closing the net on corruption
Intikhab Shaik, executive of the modernisation programme at Sars, showed the Mail & Guardian the first draft of the system envisaged in 1998.

“That was the system that was eventually implemented all these years later,” he said.

Since the new system’s implementation two weeks ago, Sars has collected R9.2-billion in revenue and more than R2.5-billion in duties — of which R1.9-billion was in value-added tax.

Shaik said the new system intends not only to facilitate increased trade, by making it easier and more accurate to manage the clearing of all import and export declarations using a single processing engine, but also to close the net on corruption.

The system can trace goods from a point of entry at the Durban port to its exit at a land-based border post.

“We can never eradicate corruption, but we put our best efforts into tightening the noose,” he said.

The system has been designed to pick up anomalies and flag them for customs to help with inspections.

Smooth transition
Nearly 90% of the volume of South Africa’s R2.3-trillion trade comes through the Durban port and 60% of its trade is with the rest of Africa.

The new system was first implemented at land border posts, then sea and then air. Dave Logan, chief executive of the South African Association of Freight Forwarders, said the transition has been smooth.

“Look, there are obviously problems with other agencies at the borders that are still leading to delays, but the transition by Sars has been very smooth. Within minutes custom brokers are getting declarations that their cargo has been approved or rejected.”

Logan said there had been extensive consultation around the system with his organisation and other players in the industry.

Shaik said: “Sars ran the old system and the new system side by side for nearly a year (at the in-house lab) to make sure that there were no glitches. A mistake at the launch would have closed down the borders.

“I can tell you there were some nervous people on that Saturday when we launched the system at 5pm.”

Cutting down on paper
The new system greatly cuts down on paperwork, and Sars provides a free programme — EasyPacker — to customs traders, which formats the bill of entry so that it’s compatible with the present system.

Shaik, who started working at the Durban port 23 years ago, said no one can imagine the amount of paperwork that was involved.

“There was a purple folder for one application, and a pink folder for another, and if more than one folder was included, it had to be placed in a brown folder and now this whole process can be computerised.”

The new system makes it possible to use the limited expertise they have at four hubs to calculate and make calls on complicated charges like tariff duties and added tax value.

An innovation to help shorten inspection and clearance time is the use of a secure mobile app, developed by Sars, to run on iPhones.

This system allows an inspector on the ground to send a report to the main computer and his supervisor, with a picture of the cargo, if necessary.