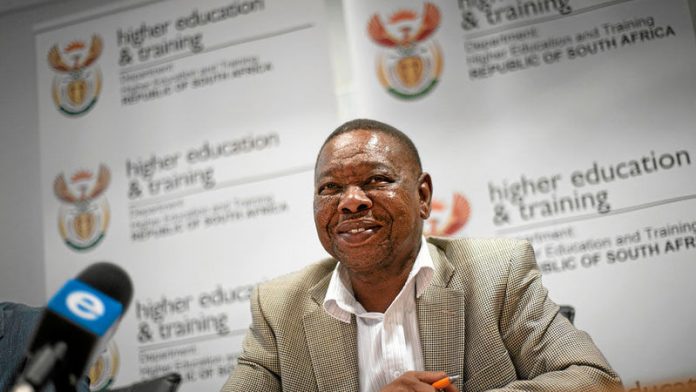 Students of Walter Sisulu University in the Eastern Cape have taken to Facebook to lash out at Higher Education Minister Blade Nzimande for only speaking out at the end of the strike that shut down the institution.

The university will re-open on Monday following a seven-week labour strike that forced the university to lock its doors.

Nzimande released a 'Thank You' statement to stakeholders that negotiated a 5% salary increase agreement between management and the National Education, Health, and Allied Workers Union (Nehawu).

The institution posted the announcement on its Facebook page on Sunday and by midday, Nzimande had been called derogatory names by angry students. They accused him of neglecting the needs of "black students".

One student wrote: "Why is this prodigal son who deserted the institution only surfacing in time to claim the glory?"

Nzimande thanked President Jacob Zuma for his intervention after he sent in a task team to negotiate with management and the unions on Thursday. The team was led by Minister in the Presidency for Performance Monitoring and Evaluation Collins Chabane and it also included the director deneral for the higher education and training department, Gwebinkundla Qonde.

"In my capacity as the political principal I wish to thank all these stakeholders for their unwavering commitment and hard work in the development and implementation of the WSU turnaround strategy," said Chabane on Sunday.

Comments from Walter Sisulu University students became increasingly harsh, with some claiming that Nzimande is "a jack of all trades who does not know what his responsibilities are".

"He lacks leadership skills just like the rest of the ANC government. He should stop parading as a communist when he is actually a capitalist. They should have sent a team a long time ago, now he wants to come with a thank you speech when the year is almost over," wrote one student.

Students who were more passionate about their views opted to write open letters to the minister declaring that they will not be voting for the ANC in 2014 in order to avoid having leaders such as Nzimande.

"Thank you for undermining us and our future as well. I supported the ANC for years not knowing about its fake leaders who contest for positions they have no passion for," reads an extract from one of the letters.

Catch-up
The university is currently re-aligning its academic calendar to make up for lost time. "There will be no September vacation, no holidays and students have agreed to attend classes on Saturdays and the academic year will be pushed well into December," said Angela Church, spokesperson for the university.

Church also clarified that no extra funds will be pumped into the university by government as a result of the agreement. She sought to clarify that the 0.75% that was added on the original 4.25% offer is operational money that was saved due to the strike. The 5%, although below inflation, will be pensionable and backdated to January 2013.

She added that: "We would also like to thank [United Democratic Movement leader Bantu] Holomisa and the rest of the community for getting involved. Their concern is heartwarming," she said.

Holomisa received praise for forming the task team that sent a letter of appeal to Zuma to intervene. Chabane was dispatched to the university after the president received the letter.

Vote of no confidence
According to the Daily Dispatch, the task team also passed a vote of no confidence in Nzimande. The team was made up of Congress of Traditional Leaders of South Africa president Phathekile Holomisa, Eastern Cape House of Traditional Leaders chairperson Ngangomhlaba Matanzima, ANC MPs Zukile Luyenge and Vatiswa Bam-Mugwanya, and Council of Churches regional chairperson Vusumzi Mabo.

Responding to the letter sent to the president, Eastern Cape South African Communist Party (SACP), spokesperson Siyabonga Mdodi dismissed the vote of no confidence claiming that Nzimande is not "minister of WSU". Mdodi added that some of the comments were anti-communist sentiments disguised as genuine voices representing the plight of the university.

He called it unfair, saying: "We find this to be very unfair as no one denies the resources pumped into the university under the leadership of comrade Blade Nzimande, who is not the minister of WSU but the minister of higher education and training with many challenges," he said.

As part of the agreement with Nehawu, an audit firm will be appointed to conduct a further audit on the process of migration into new Walter Sisulu University salary scales, and any error found with the initial process will be corrected retrospectively.

Sizwe Pamla, spokesperson for Nehawu, confirmed that the strike was over and that all involved parties would participate in the revised university calendar without exception.