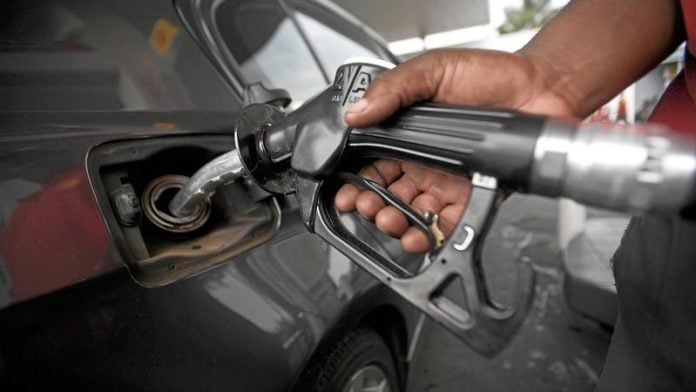 The spectre of a possible US airstrike on Syria will continue to loom over global markets this week.

US President Barack Obama is expected to press his case for action as Congress considers the issue. Economists and investors around the world will monitor developments closely.

Highlights of this week's economic calendar include a slew of key data from China, the UK's latest unemployment figures and current account, manufacturing and mining data in South Africa. Here is your guide.

Africa
Fuel station, car retail and dealership workers in South Africa will down tools on Monday in a quest for higher wages and better working conditions. Gold miners, automotive labourers and construction workers have all recently embarked on strike actions, though some mineworkers have already returned to work.

On Tuesday, the South African Reserve Bank will report the country's second quarter current account figures. Analysts expect the current account deficit to have narrowed to R184-billion in second quarter from R190.9-billion in the first. As a percentage of gross domestic product (GDP), the deficit probably shrunk to 5.6% of GDP in the three months ended in June from 5.8% in the previous period.

On Wednesday, Statistics South Africa (Stats SA) will release July's manufacturing figures. Analysts at 4CAST expect output to have risen 1.4% from a year earlier, up from a 0.4% year on year rise in June. July's mining production figures will follow from the agency on Thursday.

Elsewhere on the continent, Ghana will release August's consumer price index (CPI) readings on Wednesday. Botswana's update will follow on Friday. Senegal is also expected to report last month's CPI sometime this week and Namibia may report this week or next.

Ghana's consumer inflation rate increased to 11.8% in July from a year earlier following an 11.6% rise in June. With government spending forecast to increase by 20% this year, on top of a more than 60% rise in 2012, inflation risks for the country remain high. As a result, a further increase to the central bank's policy rate – currently at 16% – over the coming months, possibly as early as at this week's meeting, would not be surprising.

United States
The political debate on whether or not the US should launch strikes against the regime of Syria's President Bashar al-Assad will shift into high gear this week. Obama is scheduled to give more than a half-dozen television interviews on Monday and to deliver a nationally-televised speech on Tuesday as he presses his case action.

On Wednesday, the United States Senate is likely to hold its first vote on a resolution authorising "limited and specified use" of US forces against Syria. A final vote is expected in the chamber by week's end, clearing the way for a vote in the US House of Representation next week.

The unknown consequences of action are a major cause for concern in global markets. Over the past few weeks, securities have generally responded negatively and the price of oil has spiked in reaction to news reports indicating that military strikes by the US are imminent, or increasingly likely.

Beyond the Syria-debate, this week's US data diary is comparatively light, with most noteworthy reports clustered toward the end of the week.

Thursdays' weekly jobless report is likely to show that initial claims for jobless benefits rose to 330 000 last week from 323 000 in the week prior. The four-week average for initial claims has been trending lower, indicating improving conditions in the US labour market.

Closing out the week, retail sales data is likely to show that consumer purchases rose 0.5% on a monthly basis in August, up from a 0.2% rise in July. Separately, the University of Michigan's consumer sentiment index is forecast to show a slight decline – from 82.1 to 82.0 – on Friday.

Europe
The United Kingdom will report the country's latest unemployment rate on Wednesday. Given the figure's implications for monetary policy in Europe's third largest economy, it will be the continent's most closely watched release of the week.

Governor Mark Carney has indicated that he and his colleagues on the Bank of England's monetary policy committee will keep rates at record low levels until the UK's unemployment rate falls to 7.0%, a level they do not expect until 2016.

A recent wave of better than expected economic data, concerns that inflation may accelerate and evidence of division among policymakers has made markets increasingly sceptical of Carney's pledge. Forward contracts tied to sterling money markets are now pricing in a 70% chance of a rate rise in October 2014.

The UK's unemployment rate has remained unchanged at 7.8% since March. Most economists believe that Wednesday's data will show that it stayed at that level in July, with some expecting a drop to 7.7%. A surprisingly strong report would likely spook markets, driving equity markets lower and bond yields – which move in the opposite direction of bond prices – higher, along with the pound.

Elsewhere on the continent this week, economists and investors will keep an eye out for consumer inflation readings from Germany on Wednesday and from France and Italy on Thursday.

Thursday will also see the release of the euro zone's most recent industrial production numbers. Markets expect the data to show that output in the 17-member common currency bloc rose 0.3% from June to July. On an annual basis, that translates into a decline of 0.1% following June's 0.3% rise.

Consumer inflation remained below government-target levels for an eighth consecutive month. Prices at the factory gate, meanwhile, fell by the least in six-months. Taken together, the two reports indicate that officials have room to undertake stimulus activity if necessary

Industrial production has been increasing throughout the year and is expected to have continued to expand in August. Consensus is that output grew 9.9% from a year earlier last month, up from 9.7% growth in July. Analysts at 4CAST suspect that the pace of retail sales growth slowed last month, to 12.5% year on year growth from 13.2% in July.

Fixed asset investment figures – an important indicator of how businesses are spending their money – will probably tell a more nuanced story. Overall investment is likely to remain essentially flat at 20.2% growth, year to date. But beneath the headline figure, manufacturing investment is expected to show an increase.

If this proves to be the case, it will be an encouraging sign. Over the past year, overall investment activity has been increasing at a far faster pace than manufacturing investment, meaning more money has been flowing toward speculative investments – real estate, for example – than productive investments. A reversal of this trend would be a positive development.

Beyond these releases, economists and investors will also be on the lookout for money supply and new yuan lending data this week. Money supply growth likely remained flat in August. New loans probably increased to 710-billion yuan in August from 700-billion yuan in July, offering some reassurance that China's credit bubble, though still inflating, is not about to burst.