A little bit of magic, an awful lot to love 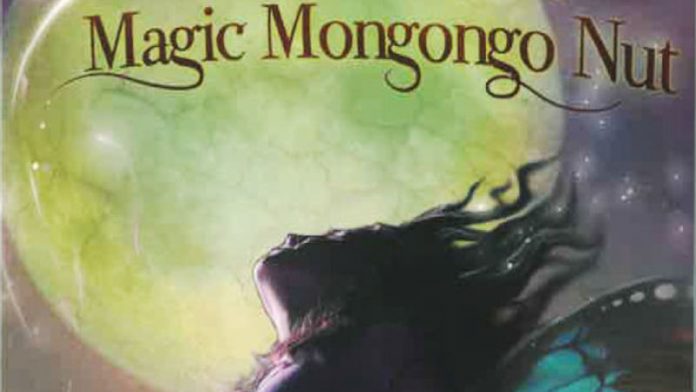 It's a long way from the battlefields of Africa and Afghanistan to peaceful, tree lined village-like Parkview, but Hamilton Wende, who frequently works in the one and always comes home to the other, bridges the gap with what appears to an outsider to be consummate ease.

A charming, modest and multi-talented writer and broadcaster, it seems he can turn his (metaphorical) pen to any style and any genre he chooses. His rapidly growing oeuvre includes three novels, two works of nonfiction, a children's picture book and an acclaimed young adult novel.

And now we have Arabella, the Moon and the Magic Mongongo Nut–set in his home suburb.

The idea was conceived, he says, during the renovation of the family's Parkview house. Wende had remarried, acquiring two children, Caity, then 11, and Nic who was nine. The story he began writing to distract them from the disruption caused by the renovations "became an extraordinary journey" both for the children and for Wende.

"It was a little bit of push the boat out into the river and see what happens. I was determined that the story would be unapologetically South African, where cultures do mingle and where the Western tradition of magic has intersected with our culture. It was very important for me to access the universal through the local."

In writing magic, he says, "you have to trust your subconscious. You also have to create a special world and then stick to the rules of the world you have created and that's quite a challenge." Arabella's magic world "is based on rules even she is not sure of".

"Arabella growing and developing within herself is key to it. She has to make a choice and if she'd chosen a different way the world of magic would have been denied to her."

The book, he says, "has been a great grounder for me. I also wrote it to prove to myself that I could–that the imaginative, childlike part of our psyche, which is important, was still alive. It was tremendous fun to do."

There are not, O my Best Beloved, too many 21st-century artists south of the great grey-green greasy Limpopo River whose names are linked with that of Rudyard Kipling and his Just So Stories. But there it is on the spine of a brand-new edition–Kipling/Latimer.

Like many of us, Cape Town-based freelance writer and illustrator Alex Latimer grew up with Kipling's classic fables and an inspired suggestion from Penguin's then chief executive, Alison Lowry, set him to work giving the century-old stories a colourful and thoroughly modern look.

"It was unique as a collection," says Latimer. "There were some I remembered quite vividly and ones I had forgotten that are lovely to rediscover."

This is not his first venture into children's literature. He was responsible for The South African Alphabet and From Aardvark to Zuma and three picture books for those aged between three and six or seven years old. The latter were published in the United Kingdom and have been translated into a variety of languages.

Latimer, with an English and philosophy degree from the University of Cape Town and training as a copywriter, had been heading for a career in advertising. In the end, he spent "the total sum of one year" in that industry before going out on his own as a writer.

His initial idea was to write a picture book and find somebody to illustrate it but he changed his mind and did the illustrations himself. "Now I do more drawing than writing," he says, and the world of children's literature is all the better for that.

ARABELLA, THE MOON AND THE MAGIC MONGONGO NUT by Hamilton Wende (Tafelberg)
Arabella is a perfectly ordinary 11-year-old growing up in a loving home in an unremarkable Johannesburg suburb. But a tragedy takes away her happiness and life becomes more complicated and difficult to navigate.

So, when an encounter with an eagle, a mealie lady and a monkey leads her into a world of magic, she is open to the enchantment that awaits her at the bottom of her garden.

Helping her on her charmed moonlit transformations from girl to butterfly are, among other creatures, a chameleon and a songololo. Central to it all, though, is the magic Mongongo Nut.

But all is not peaceful in this magical world. Danger lurks in the form of a colony of hadedas, waiting for their opportunity to cause havoc and set Arabella on a path that, should she choose to follow it, will lead to the destruction of the new world she has discovered.

Whatever her night-time adventures, Arabella must wake up in her bed each morning and join her human friends at school at St Simian's, where her teachers rejoice in names like Mrs Chacma, Madamoiselle Marmoset and Miss Vervet. And it is here that she discovers, forgotten on a dusty library shelf, the Book of Echoes, which will present her with a grave moral dilemma.

Which path will she choose?

This cleverly conceived and beautifully written fantasy deserves a place on the shelves of all book-loving youngsters and those who have grown up in the Parkview area will particularly delight in recognising landmarks in Arabella's real world.

JUST SO STORIES by Rudyard Kipling illustrated by Alex Latimer (Penguin)
Without losing one quirky word of Rudyard Kipling's classic stories Alex Latimer has freshened them up and presented them to a whole new generation of readers who will enjoy in finding out how the camel got his hump, the whale his throat, the rhinoceros his skin and the leopard his spots. They will learn how the first letter was written and the alphabet was made.

The whole cast of the original is contained within the hard covers of this large-format book. Here we find the elephant's child, Old Man Kangaroo, the armadillos, the crab, the cat that walked by himself and the butterfly that stamped, all of them illustrated with Latimer's colourful and hugely entertaining drawings.

What a joyous publication!

Here are three more stories of the wild in this entertaining series, written in excruciating verse that will probably captivate young readers.

This time Scotford has introduced to her bushveld world along with the big five, the brave and resourceful little five, who contrive to save the rhino (if only!). Small people will enjoy the nocturnal adventures of the big-eyed bushbaby and his ill-assorted mates and find that, given the right circumstances, an elephant can forget.

The collection is considerably enlivened by Frans Groenewald's marvellous illustrations. Young readers will love the stickers that accompany each book. Parents will enjoy the witty detail in the drawings.

THE TALE OF STING RAY CHARLES by Adam Howard and Lynn Joffe (Adlib)
At first reading this highly coloured, highly charged undersea adventure is just too much–too much violent colour, too many details, too many words, too too clever. It shouted at me and hurt my eyes.

I dreaded putting on the accompanying CD. But what do you know, the music is a whole lot more appealing than the written text.

I suspect, though, that the children at whom it is aimed will love the whole package, possibly precisely because of those elements I disliked most. And they won't be worried by the fact that there is a grammatical error in a three-line cover blurb.

Sensitive parents whose children don't yet read may wish to borrow an older sibling or friend to do the honours while they retire with a quiet drink.

Storytelling an evolutionary tool of our humanity