If the cap fits: Revolutionary hats, berets and beanies 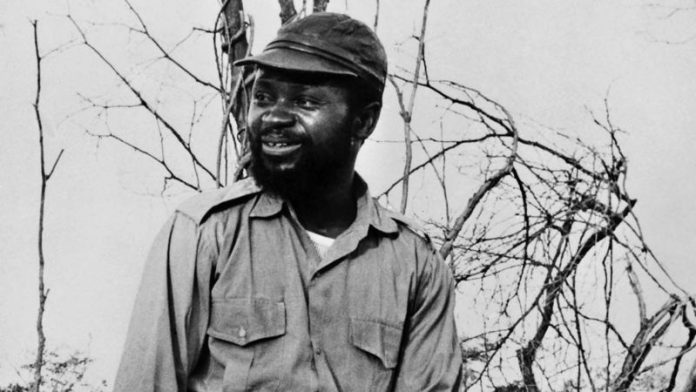 Walk around in a red beret, even without an Economic Freedom Front (EFF) badge on it, and the chances are people will take you for a fighter in Julius Malema's political "army".

The beret has been around for hundreds of years, worn by peasants and workers, aristocrats and poets, hipsters, soldiers and revolutionaries.

The Argentinian guerrilla leader Che Guevara famously wore a black beret studded with a brass star and the Black Panther Party in the United States adopted Guevara's headgear in the 1960s. So did Burkina Faso's Thomas Sankara, the Marxist revolutionary and pan-African theorist.

In recent times, it was the late Venezuelan leader, Hugo Chávez, who made the snug, round headgear famous again. Both Sankara and Chávez wore red berets.

Here is a look at the favoured headgear of some politicians – and the writer Ben Okri – and what it says about the wearers.

Julius Malema
The self-styled commander of the EFF last week raided two factories, in Pretoria and on the East Rand, that were producing EFF berets without authorisation. The Sowetan reported that he confiscated 300.

"We can buy from these factories and sell to our members," he told the newspaper. "We went there unannounced after our members alerted us that there were hawkers on street corners selling EFF clothing. EFF is the only organisation that sells our goods. The factories were making money using EFF."

When Malema was head of the ANC Youth League, he wore a black beret. Where did his new party get the idea of dressing its supporters in red berets from? Could it be from Malema's visit to Venezuela in 2010?

Hugo Chávez
The late paratrooper and Venezuelan president went by the affectionate name of El Commandante. In 1999, he renamed the country the Bolívarian Republic of Venezuela, a nod to the 19th-century freedom fighter Simón Bolívar.

Analysts have noted that Chávez's red beret was as much a symbol of Chavismo – that revolutionary body of thought, style and programmes that Chávez pushed through – as it was an acknowledgement of his military past. There are a host of images of Chávez, in combat gear, donning a red beret.

In Cape Town's clubs, some of those who had attended the speech wondered whether it was an oblique statement of revolutionary support for the man he had flown in to commemorate.

It wasn't just in South Africa where people thought that perhaps the Booker Prize-winning author was exchanging his pen for the sword. A reader wrote to Hadley Freeman, a fashion columnist at the Guardian: "I watched Ben Okri on TV during the Man Booker presentation and wondered if the beret was the trendy head covering for men this season. Or do you need to have won a Man Booker prize to get away with it?"

Part of Freeman's lengthy response, in which she touched on fedoras, Panama hats and the appropriateness of the beret, included the thought that "berets fail to fulfil the most basic hat function: namely, to keep one's head warm". She then concluded by saying "a beret on a man is ridiculous".

Amílcar Cabral
"Tell no lies, claim no easy victories" – so goes the line for which the Guinean revolutionary is famous.

The agronomist, theoretician and revolutionary was assassinated by the Portuguese eight months before Guinea-Bissau's independence.

Images abound of the fighting poet in a knitted beanie surrounded by guerrillas.

Morgan Tsvangirai
When he and his friends in the labour movement conceived of the Movement for Democratic Change in the late 1990s, their template was the one set down by the Zambian trade unionist and that country's late president, Frederick Chiluba.

Chiluba was the leader of the Movement for Multi-Party Democracy, the labour party that unseated Zambia's founding president Kenneth Kaunda.

Then Tsvangirai went about in checked shirts and a tweed flat cap. At some point, the MDC, whose origins were in the Zimbabwe Congress of Trade Unions, started courting the propertied classes.

What vanished wasn't just the labour agenda but the working-class appearance that made Tsvangirai appeal to millions of Zimbabweans. In came the suited, cuff-linked statesman, courted in Western capitals.

Also lost was the cap, which occasionally came back at election times.

Mobutu Sese Seko
The scholar Bob W White writes in Rumba Rules: The Politics of Dance Music in Mobutu's Zaire that, to "most Zairians, [the spirit of] authenticité meant that the name of their country, its principal body of water (the Congo River) had all been changed to Zaire".

And they had to change their names as well and Joseph Desire Mobutu led by example. From October 27 1971, the "Revolutionary Guide" became known as Mobutu Sese Seko Kuku Ngbendu waza Banga (The all-powerful warrior who, because of his endurance and inflexible will to win, goes from conquest to conquest, leaving fire in his wake). The "Helmsman" would live out this philosophy of authenticity by regularly wearing a leopard-skin toque.

Samora Machel
Aluta continua has become an integral part of Southern Africa's lexicon. When the Portuguese words for the "struggle continues" drifted to Zimbabwe, South Africa and other English-speaking countries from the mouths of militants based in Mozambican guerrilla camps,  inevitably it was corrupted to "a loot continues" and various other iterations. That must have something to do with the rot and corruption that set in after independence.

Machel, the late Mozambican leader with whom the phrase is intimately connected, lived and wore the words. Invariably the images we see of him feature him wearing a military-style cap, reminiscent of Fidel Castro's, and army fatigues, as if to say "the struggle should continue and continue and continue …"

Thabo Mbeki
In addition to his "softly softly" diplomacy in trying to fix the Zimbabwean problem and his dissident discourses on Aids, there was always this feeling that the Sussex University-educated WB Yeats-quoting and pipe-smoking president was an aloof intellectual far removed from the common people.

Indeed, his rival Jacob Zuma was packaged as the "man of the people", the ANC cadre who would rid the Union Buildings of the whisky-drinking aristocrat.

Mbeki was blogging well before it became fashionable (every week, wherever he was, it is said, he personally wrote his ANC column).

But, ahead of the 2004 elections, his handlers decided to present a different man, a people's man: Mbeki in a T-shirt and cap. In that plebiscite, the ANC won 69.69% of the vote.

Nelson Mandela
One of the most symbolic moments in recent history that have stuck in the minds of people is of Madiba in a Springbok jersey – and cap. Apart from that iconic image, there are very few pictures of Mandela in any sort of headgear. It seems he does not have an affinity for hats.