Zimbabwe on the brink of a food crisis 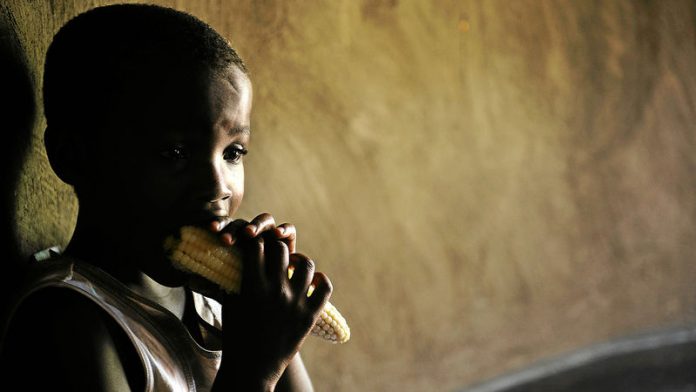 Zimbabwe is facing a food crisis and it has emerged this week that the Grain Marketing Board (GMB), the parastatal in charge of storing the country's food reserves, holds maize stocks that are so low that it cannot cope with the looming famine.

The United Nations World Food Programme said in a report last week that at least 2.2-million people, or one in four people in Zimbabwe's rural population, urgently need food aid to avert a famine.

According to the report, the hardest-hit provinces are Matabeleland South, Matabeleland North, Masvingo and some parts of the Midlands.

Charles Taffs, the president of the Commercial Farmers Union (CFU) told the Mail & Guardian that the grain board is in no position to supply food aid, and estimated that it has reserves to last only five days.

The GMB is a government monopoly set up to ensure food security by managing the country's food reserves. It buys cereals from farmers and stores reserves for years when production is low.

Taffs, whose CFU keeps up-to-date statistics on grain, said his organisation was privy to information that the grain board's silos were nearly empty.

Bleak picture
"The GMB is this year sitting on only 20 000 metric tonnes of maize against a national demand of two-million metric tonnes a year," he said.

The GMB's corporate affairs department did not respond to repeated requests seeking clarity on what it has in its reserves.

But official documents from the grain board that are in possession of the M&G, including its latest 2012-2013 financial statement, paint a bleak picture and confirm its strategic food reserves are precariously low.

The GMB's financial report, as well as the chairperson's statement accompanying the results, blamed the parastatal's low grain intake on poor rainfall that had led to drought in most parts of southern Zimbabwe.

The same documents also say that most of the 300 000 newly resettled farmers have shifted to producing cash crops, particularly tobacco, at the expense of maize, which is the staple diet for the bulk of the country's 12-million people.

The grain board's results show that, since 2009 to the just-ended 2012-2013 marketing season, there has been an increase in farmers turning to tobacco – in the 2012 agricultural season, tobacco production topped 144.5 tonnes compared with 58.6 tonnes in 2009.

Decline in main food crops
The grain board acknowledges a marked decline in the main food crops of maize, wheat and soya beans between 2009 and the end of this marketing season.

"A total of 81 190 metric tonnes of maize grain were received from local farmers and the Strategic Grain Reserves annual stocks closed at 21 891 metric tonnes," said Charles Chikaura, chair of the Grain Marketing Board, in his report.

In the results report, the GMB also said reserves were low because of poor- quality crops and storage facility problems.

Losing grain
"The strategic grain reserves continue to suffer material losses of grain due to quality deterioration, given the poor state of our silos and other storage facilities," said the board in its financial statement for the year ended March 31 2013.

Chikaura said the grain board hopes the "government will mobilise adequate resources to ensure that the current food deficit is contained through timeous procurement of local and imported maize".

The revelations come after President Robert Mugabe on Tuesday unveiled a new Cabinet.

He retained Joseph Made as the minister of agriculture, despite the fact that Made has presided over successive disastrous farming seasons in the past five years.

The World Food Programme report was a collaborative work between the government and independent humanitarian organisations with support from the UN.

The report said that local farmers had long exhausted the little grain harvested during the past agricultural season.

Blame on poor rains
The UN report steers clear of Zimbabwe's chaotic land resettlement programme, which critics say led to the destruction of agriculture. Instead, it blames poor rains and lack of agricultural inputs for farmers.

Debate rages in Zimbabwe over the success of new farmers – the government and some research suggests they are doing well.

But the once mostly white CFU and nongovernmental organisations doubt the preparedness of the state-run grain board to deal with the crisis.

The country has already imported 150 000 tonnes of maize from Zambia to supplement food reserves this year.

Cephas Zinhumwe, the director of the National Association of Non-Governmental Organisations, a coalition of local and international NGOs, told the M&G that local humanitarian organisations have no capacity to feed 2.2-million people.

He bemoaned the fact that the grain board's silos were reportedly empty.

Government's concerntration on tobacco
​"The responsibility to feed people in times of drought or food shortages rests on the shoulder of the government," said Zinhumwe, adding that local and international organisations such as the World Food Programme could probably support about one million hungry people until the next harvest season.

Zinhumwe blamed the looming food crisis on an agricultural policy that he said was shifting to the wrong side. "We hope that under the new administration the country's policy shifts back to supporting the production of grain."

UN World Food Programme country director Sory Ouane on September 3 said the organisation was working closely with the government and partners to respond to the crisis, and would start food and cash distributions to the most vulnerable people in October.

But as a way forward, Taffs said Zimbabwe needed a comprehensive agriculture policy to address the issue of food insecurity in the country.

"Farmers are now moving to cash crops like tobacco because that is the only funded crop in Zimbabwe, but the problem with this is that the financiers of the crop are also the same purchasers and they determine the prices.

"Other crops like maize are not funded and if the government does not modify its policies to attract investment in the agriculture, we are heading for more tough times as a country," said Taffs.

Made could not be reached for comment this week.

You too can win on the JSE

Maize vs time: The race to feed SA