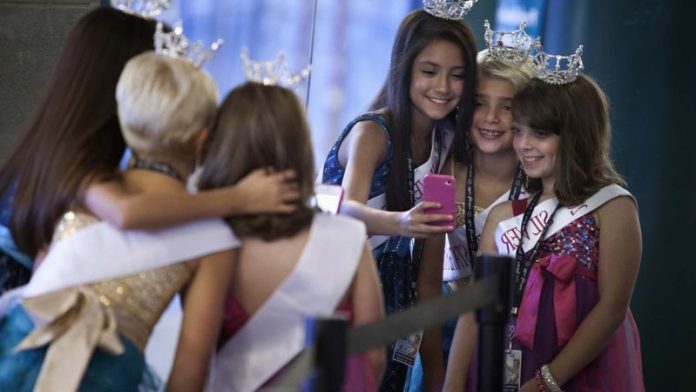 The French senate has overwhelmingly approved a proposal to ban beauty contests for girls under 16 to prevent what a parliamentary report called the "hypersexualisation" of children.

The proposal was backed by 146 lawmakers and there was only one dissenting vote on Tuesday evening. It will now become law after being passed in the National Assembly.

The measure follows a parliamentary report "Against Hyper-Sexualisation: A New Fight For Equality" which called for a ban on child-size adult clothing, such as padded bras and high-heeled shoes and an end to beauty competitions for the under 16s.

"Let us not make our girls believe from a very young age that their worth is only judged by their appearance," said the author of the report, former sports minister Chantal Jouanno.

Thylane Loubry Blondeau
The measure was prompted by controversy over a Vogue magazine photographic shoot featuring provocative images of a 10-year-old French girl in December 2010.

The girl, Thylane Loubry Blondeau, and two others were photographed with heavy make up and wearing tight dresses, high heels and expensive jewellery.

Vogue defended the pictures, saying it merely portrayed a common fantasy among young girls – to dress like their mothers.

Blondeau's mother, actress turned designer Veronika Loubry, sparked more outrage by writing in a blog that her "daughter isn't naked: let's not blow this thing out of proportion".

The Vogue photographs created controversy not only in France but also overseas, where they were widely deemed to be inappropriate. –  AFP

Nal’ibali: We can all help children learn to read – and to love it