Could the NDP put SA into reverse gear? 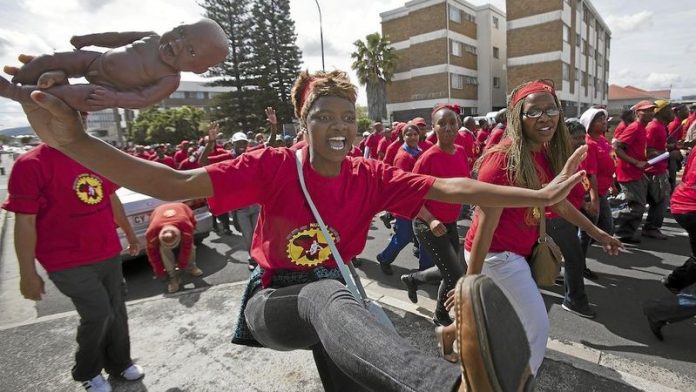 At the national bargaining conference held by the National Union of Metalworkers of South Africa (Numsa) in April, we learnt from trade union federation Cosatu general secretary Zwelinzima Vavi that the National Development Plan (NDP) "represents a typical example of a chicken-and-pig partnership, in which the chicken offers to lay eggs for breakfast but asks the pig to donate bacon".

No thanks, we would like to enjoy eggs but not at the expense of a neoliberal deindustrialisation plan that makes promises of jobs while actually killing our economy, just the way the growth, employment and redistribution (Gear) plan did in the late 1990s.

Remember back in 1996 when 17 Gear planners were led by Trevor Manuel, with the World Bank supplying a statistical model? Their promises were all broken, aside from one target met: lower inflation. That is the target bankers care about the most.

In this case, the Cosatu critique of the NDP is very convincing to us. As the federation argued six months ago, the NDP speaks in code, tries to avoid revealing its underlying philosophy (pro-corporate), is contradictory and in many ways incompetent, and will support only low quality, unsustainable jobs.

Rhetoric
This is why Cosatu's biggest member, Numsa, will fight the NDP with all its passion. It was appalling to us that this week the ANC draft elections manifesto is based on the NDP, nicknamed "the people's plan" even though it is a plan for big corporations. To hear the ANC claim that "the NDP will create full employment" is chilling, because this was the kind of rhetoric we heard about Gear 17 years ago, and the same minister is in the driver's seat, not having to account for the economic train wreck he caused by putting South Africa into reverse gear.

Can our society survive another bout of Gear, what with the growth in poverty, rapid rise in the unemployment rate, and worsening inequality that reflected neoliberalism under Manuel's finance ministry?

To campaign with this policy is to commit a moral and political sin, and if this continues, Numsa is seriously reconsidering spending the R2-million we had budgeted to support the ANC's re-election, if such straightforward lies are told to win votes.

For example, here at Durban's port, the NDP promises that throughput capacity will rise from a capacity of three-million containers today to a highly unlikely 20-million in 2040, if we build a new privatised port on the old airport land costing about R100-billion. But all ports are over-expanding now, including Maputo's, which is closer to the Gauteng market.

We worry because Durban is littered with white elephants bred with similar promises. These include an unnecessary and mostly empty new airport, a second underutilised sports stadium, as well as a convention centre and commercial beachside entertainment area that require huge subsidies to run. The construction companies won, but the city has hundreds of thousands of people living in shacks.

Grand promises
The NDP makes grand promises for job creation, yet it leaves out of its definition at least three million discouraged job seekers. Worse, in 2011 the NDP Diagnostic Report even claimed that "unemployment levels are decreasing since 2002", even though we lost 9% of our workforce during the 2008-2011 period, leaving us with a higher unemployment rate than 10 years ago.

These are the kinds of problems that will haunt our movement and set back our workforce, as well as the broader economy, if we are not able to U-turn from the neoliberal path of the NDP. The alternative we offer begins with the Freedom Charter's promise that the commanding heights will be under popular control. Strategic industries should be nationalised, the renewable energy sector should be prioritised, and the Reconstruction and Development Programme revisited since so many basic needs are still unmet. Exchange controls should be placed on corporate profits, which currently flow abroad and in turn require our country's foreign debt to rise to extremely high levels, probably R150-billion by the next election, six times higher than in 1994.

Those who promote the NDP without taking the trouble to explain how this time it will be different are destined to wreck our economic opportunities once again. We in Numsa will do our best to ask these questions and insist on answers, on accountability and on the prospects of a genuinely democratic economy.

Mbuso Ngubane is Numsa's KwaZulu-Natal regional secretary and a member of the union's national executive committee.

A decade to achieve Vision 2030

Water board awash with problems

They are worried about the effect of blasting on the snoek fishery, which is the basis of their income
Advertising