Zim hands out Zambian grain to stave off starvation 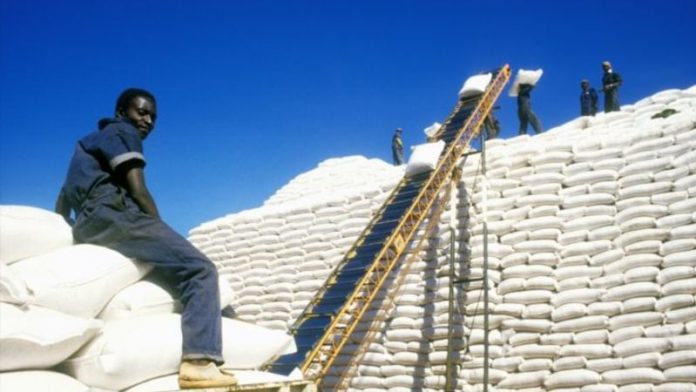 Zimbabwe's Agriculture Minister Joseph Made says the new administration has started handing out maize to those people who are vulnerable to starvation in the southern parts of the country.

The Mail & Guardian two weeks ago reported that the United Nations had said in a report that more than 2.2-million people in half of Zimbabwe's 10 political provinces are facing a famine.

The M&G also exposed that Zimbabwe's strategic grain reserve parastatal, the Grain Marketing Board (GMB), which is charged with grain procurement and securing reserves, is in serious trouble because its silos are nearly empty.

Made admitted that the 3 400 tonnes of grain the government bought from Zambia earlier this year is inadequate.

However, he was quick to say that no one would starve because the government had "sound plans" to avert serious food shortages. He also said the GMB was on top of the situation.

Made said that the GMB's chief executive officer, Albert Mandizha, gave him an update this week on the movement of grain.

Distribution continues
"The grain continues to move into the country from Zambia and the trunk that we paid for, which is about 3 400 tonnes, has now arrived."

He was retained by President Robert Mugabe for the agriculture portfolio despite the country's disastrous farming output in the past five years.

When asked exactly how much grain was being imported, Made said: "I don't have the figures right now on what has been moved where, but the grain is being moved."

Zimbabwe has placed an order for 150 000 tonnes from Zambia as part of an effort to plug the grain deficit amid allegations three weeks ago by the Commercial Farmers' Union of Zimbabwe that the GMB only has about 20 000 tonnes of grain — enough to last about five days. The GMB has not denied the allegation.

Made said the government was working with nongovernmental organisations to ensure that food reached the southern parts of the country, which the World Food Programme said were in dire straits.

The minister said September to December were the most critical months, so agencies working with nongovernmental organisations were "moving with speed".

"Because of pressure due to the fact that we are in the critical months, we are busy moving the grain that has arrived. However, it is inadequate. Arrangements are being made to bring some more grain. More maize will be coming in. There is no need to panic," he said.

He declined to say how much was being spent on the food imports.