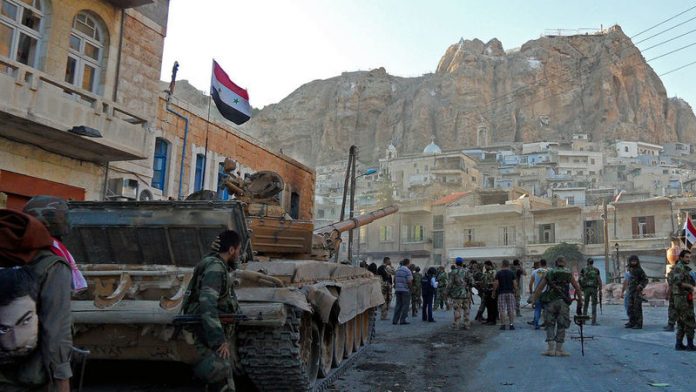 South Africa has welcomed a decision providing for the destruction of chemical weapons in Syria, the department of international relations said on Saturday.

The executive council of Organisation for the Prohibition of Chemical Weapons (OPCW) adopted the resolution in the Hague, spokesperson Clayson Monyela said in a statement.

"South Africa welcomes the decision … providing for the destruction of the chemical weapons in the Syrian Arab Republic and its subsequent endorsement by the United Nations Security Council."

AFP reported on Friday, that according to the draft OPCW document, weapons inspections would start no later than Tuesday. The decision was taken on Friday.

Syria is believed to have around 1 000 metric tons of chemical weapons, including mustard gas.

Monyela said: "Throughout the negotiations, South Africa sought to ensure that the decision complies with the provisions of the Chemical Weapons Convention and upholds the principles of multilateralism".

South Africa urged Syria to co-operate with OPCW fully and to implement its obligations speedily and completely.

"South Africa deplores and condemns the use of chemical weapons in Syria in the strongest possible terms," Monyela said.

"There is no cause that could justify the use of weapons of mass destruction, by anyone … under any circumstances."

The South African government encouraged those involved in the Syrian conflict to participate in all-inclusive national dialogue.

Such dialogue needed to be "free from of violence, intimidation or outside interference aimed at regime change, in order to satisfy the legitimate democratic aspirations of the Syrian people", he said. – Sapa

The country is among the G20 countries who have invested in electricity produced from coal, oil and gas at the cost of addressing climate change
Read more
Advertising
Continue to the category
Politics