Carolina water crisis is a rainstorm away 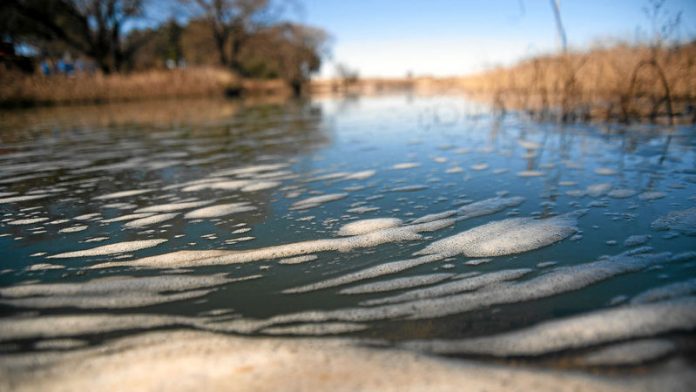 In January last year, exceptionally heavy rainfall led to the collapse of the water system in the small Mpumalanga town of Carolina. People fell ill, and the municipality was slow to tell them that they could not drink the water. Water tankers and mosques were the only source of clean water for the remainder of the year before the immediate problem was resolved.

The cause was the acidification of the Boesmanspruit Dam, which supplies drinking water to the town. It was the first case of a town facing an immediate and catastrophic fallout from mining.

At first, the department of water affairs was critical of the surrounding mines, saying that they would be held responsible. This talk soon simmered down. The town’s water pipes and treatment works were cleaned, and provincial ministers flocked to the town for photo opportunities of them drinking glasses of clean water.

But the problem would return the next time it rained.

"Absolutely nothing has changed," said Koos Pretorius, a founder of the nongovernmental organisation Federation for a Sustainable Environment.

The group has been instrumental in forcing the municipality to supply water and in trying to ensure the problem did not reoccur. It has been kept out of the loop, even though a court order said civil society groups had to be included in all developments.

The mines in the area all gave information on their operations to the department of mineral resources. The federation asked for this information so that it could tell who was to blame for the polluting acid in order to take steps to ensure that it did not happen again. Its request was refused, as were subsequent Promotion of Access to Information Act requests.

"Nobody is willing to expel the political capital to do anything about this," said Pretorius. "The mines and the department of mineral resources were not willing to do anything to prevent further leakage, so blocked any progress. Apathy has settled in."

The mineral resources department did not respond to questions.

But a new research paper has firmly established that old and current mines are to blame for the crisis. Published in the South African Journal of Science, the paper, "Contamination of the water supply to the town of Carolina", said the nearby wetland had accumulated polluted water from old mines, which had then flooded the dam.

The wetland, which lies along a tributary of the spruit, sits next to train tracks and a coal terminal. There are also coal mines and all the paraphernalia of mining in the immediate vicinity.

"Some mines have closed and are decanting severely polluted water. Active mines and coal-handling facilities are also contributing to the pollution load," the report said.

In December 2011, a steady flow of acidic water from abandoned and current mines left the wetland with a large volume of accumulated water.

In the past, this would have been washed away thanks to large volumes of water that were sent through the river by a water transfer scheme for Eskom’s nearby Duvha and Matla power stations.

This took water from Jericho Dam through the Boesmanspruit. The pump for this broke the year before and, when the heavy rain came on January 10, the cocktail was complete.

Rainwater filled the holding ponds and coal piles at the mines, which then overflowed into the wetland. This extra water flushed the acid water sitting in the wetland into the dam, adding an extra 15% to the dam. The dam was then clogged with acid water for the next seven months, before water from a repaired Jericho Dam pump flushed it out.

"The catastrophic pollution of Boesmanspruit Dam required a relatively unusual combination of circumstances," said the report. "If regular water transfer ceases, we believe that the wetland will again become polluted, recreating the pre-January 2012 situation. Local heavy rain could cause a recurrence."

The elements for the crisis seem to be in place again. The pattern of mining has not changed, and the Jericho Dam water pump has now been turned off.

And so, according to Emma Algotsson of Lawyers for Human Rights,  more pollution is inevitable,  "as soon as the next rains fall".

The state is facing a court battle about big industry’s emissions and their link to poor health. This is a public health concern and the government must take action to save lives
Read more
Coronavirus

After a week’s delay, the basic education minister said the majority of schools are ready to open, but added that ‘the golden rule is, there will be no school that will resume, if not ready to do so’
Read more
Environment

Eskom lied to hide its deadly levels of pollution

Eskom says its air pollution kills more than 300 people a year. Other estimates put it at 10 times that
Read more
Coronavirus

In a judgment set to be appealed, the judge said lawyers had to set an example to all South Africans during the national lockdown
Read more
Coronavirus

Our guide to the coronavirus outbreak in South Africa

The department of health noted in its statement on March 19 that recoveries in previously reported cases were beginning to emerge. (John McCann/M&>)
Read more
Advertising
Continue to the category
National