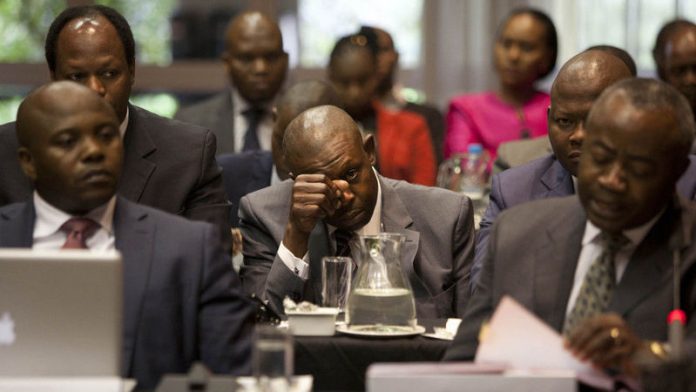 Western Cape Judge President John Hlophe's judicial misconduct tribunal appears set to drag on after the lawyers acting for Constitutional Court justices Bess Nkabinde and Chris Jafta confirmed that they would be appealing the decision to dismiss their objections to the hearings.

On Thursday afternoon, lawyers acting for Nkabinde and Jafta confirmed to the Mail & Guardian that they had received instructions from their clients to challenge the tribunal's decision.

"The tribunal did not give reasons for their decision and we will be requesting these reasons, which will form the basis of our appeal," said a member of the two justices' legal team. According to the lawyer, the application is likely to be filed in the high court in Johannesburg.

The tribunal's president, retired judge Joop Labuschagne, had earlier in the day dismissed the objection brought by counsel for Nkabinde and Jafta, which was joined by Hlophe's lawyers, that there was no complaint against the judge president as a statement under oath or affidavit – which is required in terms of section 14 of the amended Judicial Service Commission Act that came into effect in 2010 – did not exist.

Advocate Selby Mbenenge, lead counsel for Jafta and Nkabinde, had requested reasons for the decision but Labuschagne said these would be furnished in his final report to the Judicial Service Commission (JSC) as it "would take a lot of time to furnish proper reasons".

The two are integral to the tribunal as they were apparently approached by Hlophe in 2008 when it was alleged that he sought to influence them improperly in the Zuma/Thint matter involving President Jacob Zuma and in which judgment was pending. The case related to arms deal corruption charges against Zuma, then an ordinary citizen.

Both Jafta and Nkabinde, who signed the complaint filed by the full Bench of the Constitutional Court (plus two judges acting at the time) against Hlophe, have, from the beginning, held the view that there was no need for a complaint to be lodged against the judge president.

In a June 6 2008 statement to the JSC the justices reiterated that they were "not 'complainant judges'" and were not prepared to make any other statement aside from that letter to the JSC.

They also reiterated their reluctance to appear at the tribunal. Last week, Nkabinde and Jafta submitted at a pretrial hearing that they were "under no obligation" to attend the tribunal as there was no evidence of an official section 14 complaint against Hlophe.

This was dismissed by Labu-schagne on Thursday and both Nkabinde and Jafta were issued with subpoenas to appear. But Mbenenge reached an agreement with the tribunal's evidence leader, Xolisile Khanyile, that the subpoena would not be effected until the tribunal reconvenes in Kempton Park in Johannesburg on October 8.

Meanwhile Hlophe's legal team has asked for documents, including the minutes of a meeting held between Jafta, Nkabinde, Deputy Chief Justice Dikgang Moseneke and former chief justice, the late Pius Langa, prior to the Constitutional Court Bench releasing their media statement and complaint to the JSC.

Courtenay Griffiths QC, Hlophe's lead counsel, said that these minutes and other correspondence between the Constitutional Court judges was "prima facie relevant" to their argument &ndash; one aspect of which appears to focus on Moseneke's role in the joint complaint being formulated and lodged &ndash; and that previous requests had been ignored.