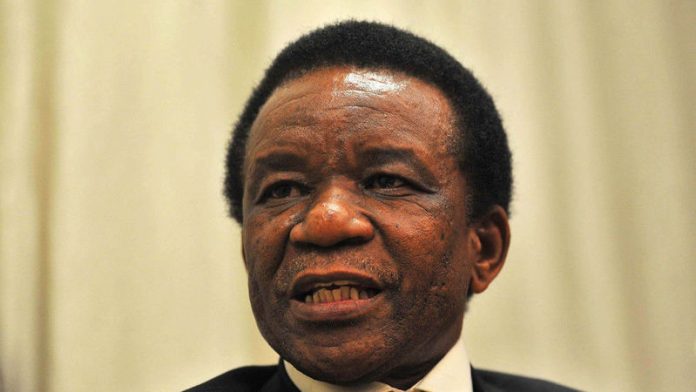 Jerry Matjila, the defiant director general of the department of international relations and co-operation, remains firmly in his job and has told his colleagues he will serve out his full five-year contract despite facing serious allegations of fraud and corruption.

The Mail & Guardian reported three weeks ago that the department had ordered an investigation into allegations that Matjila was behind the half a billion rand of irregular expenditure in the African Renaissance Fund (ARF).

South Africa uses this fund to provide humanitarian assistance to struggling countries, many African, though not limited to the continent.

It was confirmed that Matjila would be investigated for "possible fraud, corruption and gross negligence" discovered by the department's own internal auditors.

But in the internal memorandum issued to departmental staff members on the same day the M&G wrote about the allegations against Matjila, he denied that he had ever considered resigning from the department for fear of facing an investigation.

"The director general wishes to reassure all colleagues in the department that he is NOT going anywhere and it is his intention to see through his five-year contract," he said in the memo. "This sentiment has also been conveyed to the executive."

This week, the department sought to allay fears that its minister, Maite Nkoana-Mashabane, was reluctant to investigate Matjila.

"Before a decision is taken on whether to place anyone on leave or not, the department first had to allow correct procurement processes to unfold in the appointment of an independent investigator," he said.

The appointment of a firm of forensic auditors was finalised this week. Said Monyela: "The minister has instituted an independent investigation to get to the bottom of all these allegations. The director general is aware of this decision and has pledged full co-operation."

The National Education, Health and Allied Workers' Union (Nehawu) has expressed irritation at what is seen by departmental employees as Matjila's arrogance.

The union said Matjila's "cheeky" correspondence to staff "highlighted in many ways the challenge of leadership in the department".

In a letter to Nkoana-Mashabane, copied to Nehawu president Mzwandile Makwaba and general secretary Fikile Majola, the union's chairperson at the department, DJ Boer, said Nehawu was irked by Matjila's attempts to defend himself before an investigation had begun.

"The assertion by the director general that he is not going anywhere and intends to complete his five-year contract leaves a lot to be desired," Boer said. "Furthermore, [his] statement that his desire to finish his five-year contract had been communicated to the executive borders on blatant disregard of the principle of equality before the law."

Nehawu wants Nkoana-Mashabane to issue a statement assuring employees that she will ensure a "fair and transparent" investigation into Matjila. The union also wants the minister to suspend Matjila and establish a time-bound forensic investigation.

Matjila will be investigated for, among others, allegations that he ignored the treasury's directive to channel the R250-million in humanitarian support in the Sahel region through the World Food Programme and instead personally appointed his preferred company in a R53.9-million contract.

He allegedly also instructed that this service provider be paid 75% of the contract price before any services were provided and failed to disclose an unspent balance of R13-million resulting from the prepayment of this company. Matjila is also accused of understating the fund's irregular expenditure by more than R141-million when he disclosed R388.1-million instead of R529.5-million.

A senior departmental official said that, by sending a defiant memo to staff members, Matjila created a situation in which employees believed that the director general was, indeed, being politically protected.

"He doesn't seem to realise how serious this thing is. No matter how connected you are, you cannot survive something like this," said the official, who cannot be named because such officials are not authorised to speak to the media. "It shows arrogance. He's basically showing all of us a middle finger. Anyone can conclude that he is protected by people at the top. Their [the employees'] frustration is not misplaced."

United Democratic Movement leader Bantu Holomisa last month wrote a letter to President Jacob Zuma, Nkoana-Mashabane and the minister of public service and administration, Lindiwe Sisulu, asking them to act against Matjila over the allegations.

Holomisa also wanted Zuma and Nkoana-Mashabane to answer to an implication by Matjila that he had received "instructions and directives from the minister and the president verbally" on how to deal with the concerned ARF projects.

Members of the department's internal audit committee claimed that Matjila said this in one of the meetings and added that the executive refused to put these directives in writing, causing him to incur unauthorised and irregular expenditure.

"Is the implication that you [Zuma], and/or the minister of international relations and co-operation, gave the director general the names of the companies to carry out this humanitarian support?" Holomisa asked in the letter to Zuma.

Nehawu said these allegations against Matjila painted "a worrying picture of top management that is totally out of control and accustomed to abuse of power without fear for consequences".

In a separate letter to the treasury, Mthembu said "the accounting officer [Matjila] has not disagreed or disputed any of the findings as per the respective audit reports".

Matjila is likely to face more charges as Nkoana-Mashabane requested that the terms of reference of the investigation stay unlimited.

Departmental sources said staff members had accused Matjila of trying to push through an appointment of a junior colleague as a chief financial officer (CFO) because "he wants control of the department's finances". The employee, who is said to have occupied the lower position of a director last year, is acting CFO after the resignation of the department's CFO last December.

"That's what got people up in arms in the department. People are lining up to testify against the director general," the official said.

Nkoana-Mashabane appointed Matjila as acting director general in April 2011 and Cabinet endorsed his employment on a five-year contract a month later.

Matjila is one of the longest-serving ANC diplomats. He was deployed to the department's predecessor, the department of foreign affairs, in 1994, and before that he served as ANC representative in Japan and Northeast Asia. He has represented the ANC-led government in Switzerland, Asia and the Middle East. He has also worked as South Africa's permanent representative to the United Nations.