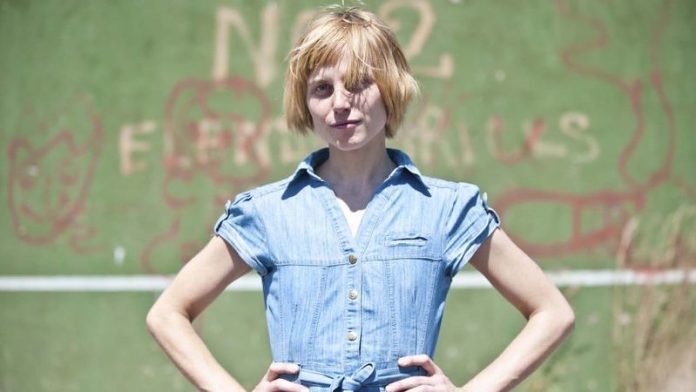 The Workers and Socialist Party (Wasp) has filed a written complaint with national broadcaster South African Broadcasting Corporation (SABC) for dropping their spokesperson Liv Shange from a current affairs programme, saying she is being targeted for defending striking mineworkers last year.

Wasp states that the SABC had invited Shange for the SABC3 television programme Interface on Sunday September 30 for a discussion focussing on workers' rights. Three hours before she was due to arrive at the studio the invitation was revoked, apparently without a satisfactory explanation.

According to the party, Shange was victimised by the government earlier this year when an investigation into her immigration status was launched by home affairs and state intelligence. Wasp also says Shange was threatened with being banned from the country for her role in defending mineworkers in the strikes of last year, but that "through a domestic and international protest campaign Wasp forced the government to retreat".

In the party's view, Shange is a victim of the new 'sunshine policy' at the state broadcaster, where opinions critical of president and ANC are being kept out.

"We have also noted Motsoeneng's plan for 'censorship by any other name' by requiring 70% of news to be 'sunshine news'. This is clearly an attempt at political interference with the editorial independence of journalists and producers and is unacceptable.

Liv Shange is a well known opponent of ANC policy and would have voiced this opposition on the Interface show she was due to speak on. It is clear to us that the last minute dropping of Liv from the programme fits the political censorship that has become a feature under Motsoeneng's stewardship. We protest this in the strongest possible terms."

Shange said: "It is in keeping with recent political censorship that the SABC leadership should attempt to silence me."

Wasp is preparing itself for the 2014 national and provincial elections. The party was founded on the 15th December 2012 by delegates representing the strike committees and dismissed workers committees of six different mines.