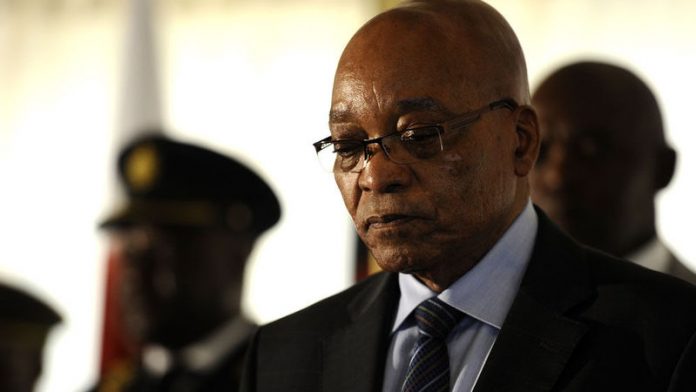 The Democratic Alliance (DA) has accused the minister in the presidency, Collins Chabane, of lying to Parliament in a written response last year, as yet more evidence appears to draw President Jacob Zuma into the Guptagate debacle.

The City Press on Sunday revealed that plans were in place to ferry the Gupta family's wedding guests to meet Zuma in Pilanesberg in the North West. An email was sent from Brigadier General Les Lombard – commanding the air force command post – to the chief of the South Africa Air Force, Lieutenant General Fabian Msimang, asking for guidance on a helicopter authorisation, a day after the Gupta family wedding in May.

The email is suggestive that Zuma must have known he was due to entertain guests but Chabane told Parliament in June that the presidency had received no official or unofficial communication about the wedding.

Chabane on Sunday denied the DA's allegation. The ANC is also mum on the latest revelations.

The DA's spokesperson on defence, David Maynier, said it was "likely" that Zuma knew more about Guptagate than he, or the presidency, was prepared to admit.

This follows a report published last week, which suggested that Zuma knew about the plane landing at the Waterkloof Air Force Base.

The presidency denied the allegations.

'Monstrous obfuscation'
According to Maynier, in response to a Parliamentary question about whether Zuma had official or unofficial communication about the Gupta family wedding, Chabane said:

"The minister's reply was a monstrous obfuscation designed to hide the facts about President Jacob Zuma's role in Guptagate," Mayner said.

"We cannot sit back and allow officials to be hung out to dry and take the blame for Guptagate."

Maynier has made a request in terms of the Promotion of Access to Information Act (Paia) for a copy of the final report of the department of defence's board of inquiry into the plane landing.

The DA will also submit a Paia request for all for copies of all submissions and interview transcripts conducted during the Justice, Crimes Prevention and Security Cluster's investigation into Guptagate.

The public protector's involvement
"If we gain access to the records, sufficient evidence may emerge to persuade the public protector, Advocate Thuli Madonsela, to finally launch an independent investigation into the role played by President Jacob Zuma and members of his Cabinet in Guptagate," Maynier said.

Chabane's spokesperson Harold Maloka said: "We stand by the response we gave to Parliament. The matter is still under investigation, so we are not going to comment any further. Please allow the military to complete their investigation."

Meanwhile, military officials allegedly implicated in the plane landing will know by October 29 whether they will be charged, the South African Defence Force Union said.