Motshekga on Ramphele: She’s looking for a hobby 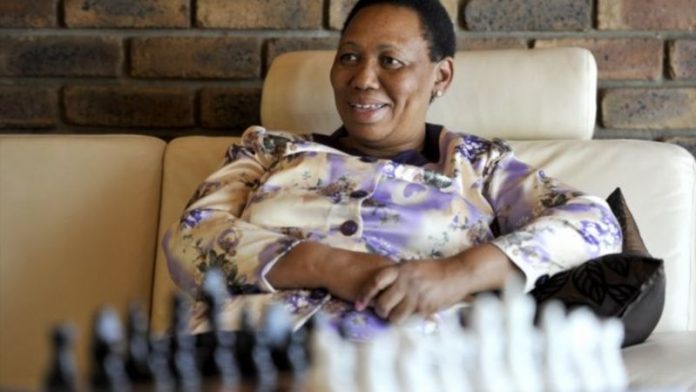 "I really don't want to go into a Mamphela [Ramphele] bashing," Basic Education Minister Angie Motshekga exclaimed, but what she said next was exactly a smack to the Agang SA leader for her comments last week that education in the country was better under apartheid.

Ramphele was an individual who in the past went out to look for millions of rands, Motshekga told the Mail & Guardian, and now that "she's got the money, she wants a hobby". "She's looking for a hobby and she's going to say anything without thinking about it. The truth of the matter is we've done a lot as government in education and we're proud of it. But we're also not denying that we still have a lot to do."

"To compare this [current] education to Bantu education is comparing cheese and chalk. If you say chalk tastes better than cheese it's because perhaps you like chalk, so there's nothing we can do about that. She probably loves chalk," said Motshekga.

In a wide-ranging interview, Motshekga spoke to the M&G at her department's media networking event in Sandton on Tuesday night. It was the first time Motshekga had responded to Ramphele's widely reported speech at the University of Witwatersrand last Friday. Motshekga's comments about Ramphele's millions come three months after the Agang SA leader declared in public her net worth was R55-million.

Addressing Wits students on Tuesday on the importance of student political activism, Ramphele said it was an irony that the youth of 1976 "died fighting against inferior education, and it is worse today".

"If they were to come back today they wouldn't believe that what they had and what they were protesting [against] is much better than what our children in 80% of the schools get," Ramphele said.

Better access
But strides the government has made in education since 1994 tell a different story from the one Ramphele wants the public to believe, said Motshekga. That apartheid education was better is "one of the absurd things one can say as a South African", she added. "Maybe somebody who's not South African [can say that]."

"For the first time we have black kids who can become actuarial scientists, who are becoming specialists in fields that they would have never had under apartheid … For the first time in this country, just in terms of access, it's not first come first served. We improved access to education and made [basic] education a right. Every child anywhere can turn up and we'll provide space … We have about 98% in terms of access," Motshekga said.

"It's education that enables us to do that. Those are young people who've been educated under the system. Really, I don't know what criteria she's using," Motshekga said.

But Ramphele defended her comments at Wits, saying the country's graduates were not competitive. "Yes, we have three times more graduates, but the quality thereof is why people are unemployed."

"We are dead last in our performance in education. We spend the largest proportion of government expenditure on education than any other country, with the worst outcome," she said.

History
It is not the first time the two leaders have clashed over quality of the country's education. Motshekga blasted Ramphele early last year for making similar comments then. That was before Ramphele formed Agang SA and was still seen as a commentator.

As she is now on a campaign trail to become president of the country after the 2014 national election, Ramphele continues to criticise President Jacob Zuma's administration for many of its alleged failures.

As president of the ANC Women's League, Motshekga herself is well aware she should add a strong voice to the ANC's election campaign. She said schools that her department is building in the Eastern Cape through the Accelerated School Infrastructure Delivery Initiative (Asidi) to replace mud structures were "testimony to our commitment to education as government that we pull all stops".

"Look at what we're doing," she said, pointing the M&G to a slideshow of the new schools. "We take our people from the misery of mud. Indeed there are constraints. You don't build Rome in a day, but this is a sign of where we're going as a country."

Asidi has opened 37 new schools in the Eastern Cape to date, the department said.

A number of schools in the Eastern Cape continue to battle crippling challenges such as over-crowding, lack of classroom furniture and shortage of teachers.

Motshekga told the M&G the Teacher Laptop Initiative, the ambitious scheme her department launched in 2010 to ensure teachers had laptops for use in classrooms, is "back on track". The department will now buy laptops for teachers, she said.

A flawed model that required teachers to pay a monthly fee for the laptops, Motshekga conceded, caused the initiative's failure. "When we thought we had hit the correct model, where teachers themselves were supposed to procure from their own [pocket], it just became a difficulty … We've re-negotiated with treasury, to say we should buy those laptops and roll them out to teachers as tools of trade. So we have an agreement with treasury that we'll start procuring those laptops."

Motshekga said she was "saddened" by the recent spate of attacks on teachers by pupils. But teachers were still safe in schools, she said. "One [attack] is one too many, we can't say it doesn't affect people. But I think also we shouldn't create an impression that it's so rampant that every teacher feels scared of going to school. I still think relatively schools are still safe spaces to go to."