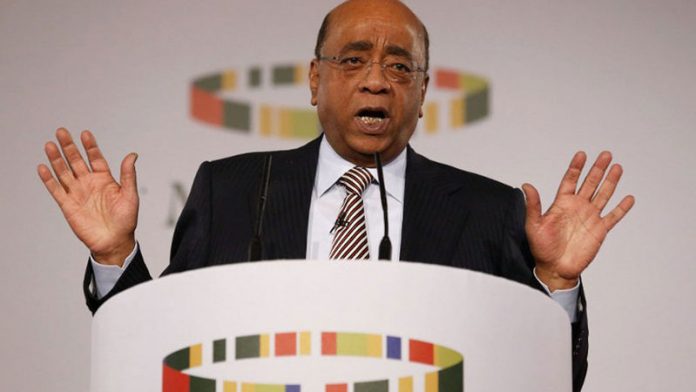 The Ibrahim Prize for Achievement in African Leadership – the world's biggest individual prize – was not awarded for a fourth time in five years, it was announced on Monday.

At a press conference in London, the Mo Ibrahim Foundation said that "after careful consideration" they had decided there would be no 2013 laureate.

The award goes to a democratically demonstrated exceptional leadership, served their mandated term and left office in the last three years.

The Mo Ibrahim Foundation has now awarded the annual prize only three times since it was established, plus two special awards given to South Africa's Nelson Mandela and South African former archbishop Desmond Tutu. – Sapa

Surveys shows that the majority of Africans prefer democracy, despite its flaws, to the alternatives
Read more
Africa

Kagame could be the next Mandela ― if he steps down

Mandela served only one term as president. Other African leaders must learn from him
Read more
National

‘No one must be in SA without documentation’― Mashaba

Why Sirleaf’s win is a big deal for West Africa

As a West African, the symbolism of Johnson-Sirleaf winning this important prize after four years without a winner is endless
Read more
Africa

Has the Ibrahim Prize set the bar too high for its own good?
Read more
Advertising