Crocodile bites show why your Birkin bag is so expensive 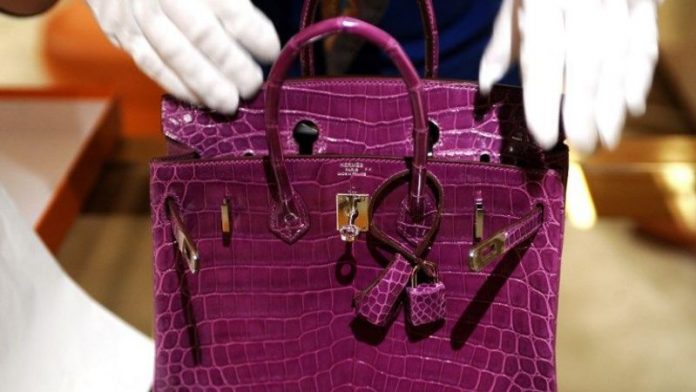 Crocodile-skin handbags can be to die for. Really.

As demand from the world’s elite surges for the exotic skins, luxury-goods companies from LVMH Louis Vuitton Moet Hennessy South Africa to Gucci-owner Kering South Africa are making acquisitions to secure supply of the beasts, whose habits can make simply collecting their eggs a matter of life and death. Raising the reptiles from hatchling to arm candy without scratches from other crocs is another major challenge.

"Louis Vuitton, Prada, Gucci are trying to elevate the level of perceived exclusivity of their brands, and exotic-skin products really help in this," said Mario Ortelli, an analyst at Sanford C Bernstein in London. After LVMH’s purchase of a farm this year and Kering’s of a tannery, "I expect they will continue to make selective acquisitions."

Exotic animal skins make up almost 10% of the total revenue from handbag sales for luxury brands, at least double their share a few years ago, Ortelli estimates. The incentive for luxury-goods companies, many of whom are wrestling with sluggish demand for their most widely available goods, is clear: crocodile handbags can sell for 30 times more than their bovine counterparts. The luxury accessories market was worth $77-billion last year, according to Bain & Co.

Stress Free
While salt-water porosus crocodiles found in Australia are the trickiest – with enough skin produced for about 25 000 bags a year – no crocodile is easy or cheap to raise, and it takes years to breed them.

"If I’d known how hard this business was before I’d got into it, I may not be here today," said Stefan van As, a former investment banker and owner of South Africa’s Le Croc crocodile breeding farm and tannery, which sends about 5 000 Nile crocodile skins to Europe each year.

To begin with, cow leather comes from animals raised for beef, and their hides are a byproduct. Though some people consider crocodile meat a delicacy – and growers like van As feed it back to the animals – it’s the skins that pay the bills for crocodile farmers.

While cows can ruminate for hours on their own in a meadow, from the moment an 80-gramme African Nile crocodile hatchling snaps its way out of the egg, van As has to provide a calm environment.

Their pens are cleaned daily and the animals require a strict feeding routine. Only the same few handlers are allowed to approach them. They dine mostly on chicken and selected oils to improve their skin. That all promotes growth, reduces stress, and helps keep the crocs' mighty jaws off each other.

First-Grade
"The bottom line is that one cannot expect to harvest a first-grade skin from an animal which has been abused," said van As.

Making life easier for the crocodiles also helps their handlers. While the Nile crocodile isn’t as large, territorial or aggressive as the porosus, it’s hardly friendly.

They grow to about 5m in length and weigh up to 700kg. And they will eat almost any prey that ends up in the water. One of van As’s farmer colleagues was killed by a crocodile after falling in the water.

Keeping the animals happy and yourself alive isn't enough to sell to the biggest luxury companies. The likes of Kering and LVMH only use the top 10% of crocodile skins.

Prehistoric Animals
"These are prehistoric animals that rely on instinct to protect themselves," said Loic Bellet, marketing executive of Via La Moda, which makes crocodile handbags in Johannesburg. "Obtaining a perfect skin is not easy."

To keep the belly in good condition, the slaughter, skinning and parts of the tanning process at Le Croc are done by hand.

For slaughter, the animals are checked and stunned twice before being killed by a cut at the nape of the neck and a pithing of the brain. The skins Le Croc supplies to customers are then tanned or dyed on site.

While van As stuns his crocs twice, some farmers are less careful with the slaughter, Ben Williamson, a spokesperson for People for the Ethical Treatment of Animals, said in an email. This "often results in the crocodile enduring multiple blows, leading to a slow and painful death," he said.

To help avoid abuse of crocodiles and protect them in their natural habitat, each crocodile skin needs a certificate proving it is not in violation of the Convention on International Trade in Endangered Species of Wild Fauna and Flora.

To be sure of it, LVMH in February purchased an Australian crocodile farm for $2.5-million while Kering bought tannery France Croco a month later. Kering declined to comment beyond the statement announcing that acquisition, while LVMH didn’t immediately return requests for comment.

In the end, it’s all worth it to such companies and Hermes International, whose waiting lists for its famous Birkin bags can be years-long. An average handbag can be crafted from as few as two skins, for which van As gets up to $600 each. The bags? For those who can't wait to buy a new one, they’re available used on e-Bay from $39 000 to $150 000.

"There are women who don’t care about money that love the beautiful things," said Gianluca Brozzetti, chief executive of fashion house Cavalli. "Demand for crocodile and alligator is large because I think it is one of the trends that never ends. It is a classic." – Bloomberg