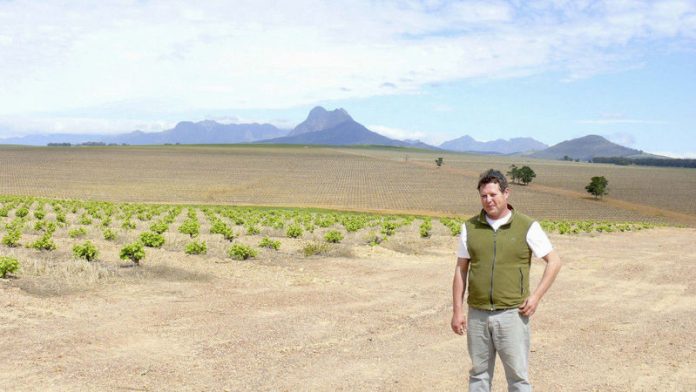 In English there's the distinction, which is sometimes an advantage – but not always, for ambiguity can have much in its favour.

I think of what the Cape was like in the late 17th century for that Dutch settler claiming and naming his tract of virgin land at the foot of Africa.

Put aside the politics, and wonder – you had 60 morgen of land granted to you in 1693, and there you were, surrounded by fearful immensity with not even the stars familiar, with wild animals (that you were annihilating), and strange people (whose way of life you were destroying). You decide to call your farm Eenzaamheid. Perhaps it means solitude, but surely loneliness too?

Today, Eenzaamheid is a tamed, but still beautiful place, on gently undulating land with grand mountains on all horizons; the views are spectacular. It's a large, prosperous mixed farm, managed with immense professionalism by Christo Briers-Louw (the story behind that double-barrelled name is worth listening to, as are all Christo's historical tales) and his son Janno, the latter representing the seventh generation.

There are other children (a lawyer and, says Janno a bit doubtfully, an entrepreneur), but Janno is the one for whom farming the land is life itself. Not viticulture, perhaps – he says looking after 400 hectares of vines involves too much management of labour, so he delegates that – and cattle are clearly his great love. But Janno studied winemaking, and for the past few years he's been holding back grapes normally destined for Perdeberg Winery, and expertly vinifying them in makeshift circumstances in the corner of a large shed.

Wine was last made here in the early 1940s (when the co-op was founded) in the ancient and now finely restored original farm building – accommodation at one end; working space and slave quarters at the other. The long, low building, with its "wolf-nose" gable showing it as older than the curled gables most associated with Cape Dutch architecture, is depicted on the Eenzaamheid labels.

There are three reds, all rich and ripe, their generous fruitiness untrammelled by wood flavours – Janno admirably holds back on new oak barrels. The current vintage, 2011, shows a welcome move towards lightness, but there is still plenty of power, perhaps a little too much, and too much sweet fruit (though the wines are properly dry) for some tastes.

A tasty bargain, at R60, is the nonvintaged shiraz-based blend called 1693. The Pinotage-Cinsaut and Shiraz-Mourvèdre-Cinsaut are reasonable value for double that. In both, Janno cleverly deploys cinsaut juice to add some light, red-fruited freshness without detracting from the solid structure.

Unquestionably, though, Eenzaamheid's star is the genuinely dry Chenin Blanc (also R120), deftly made from old-vine grapes in the modern-old-fashioned style that trendy Swartland winemakers have been treating us to in recent years. The 2012 is full of character, with subtle aromas of dried herbs, fynbos and stonefruit; it's gentle and silky, but there's real force there, which should benefit from a few more years in the bottle. Excellent wine.

It's wonderful to see ambitions unleashed in young farmers like Janno by the Cape wine revolution of recent decades. This is part of what the revolution is all about – wonderful grapes whose juice used to disappear into million-litre blending tanks at the co-op that are now making wines of character and grace.

Helicopters, horseback, segway or on foot - the choice is yours
Read more
Special Reports

The Treasure Chest Collective: Changing the identity of SA wine

A close-knit group of black, mostly women, wine producers is determined to get black South Africans to identify with and buy their good-quality wines
Read more
Advertising
Continue to the category
Education