Love: addiction with no rehab 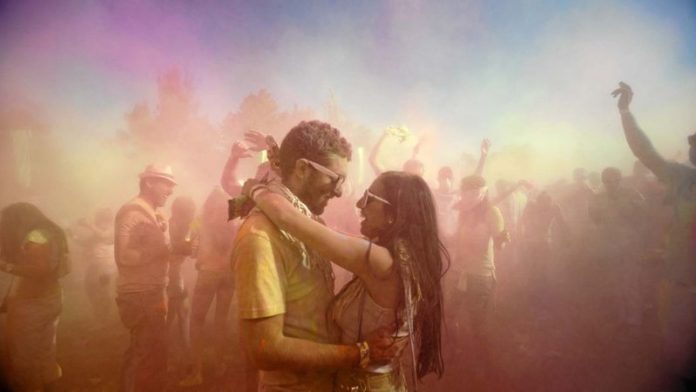 Why do we crave love? Why do we choose one ­person over another? What do cocaine and love have in common? These are the questions that Helen Fisher, biological anthropologist at Rutgers University in the United States, tries to answer.

"Scientists know that people tend to fall in love with people of the same socioeconomic background, similar intelligence and attractiveness, the same religious and social outlook," Fisher tells the Mail & Guardian on the phone from New York. Fisher will be delivering the ninth Standard Bank/PAST Phillip Tobias memorial lecture at Wits University on October 22 on "the evolution of love and who we choose".

"You can walk into a room and ­everyone is from your background, but you don't fall in love with everyone. Why one person over another?"

To explain, Fisher reverts to research she conducted with neuroscientist Lucy Brown and ­psychology professor Arthur Aron, among others, published in 2005, in which 17 "madly in love" young men and women had brain scans.

Fisher breaks love down into three categories: sex drive, romantic love and a sense of attachment.

"[We wanted to find out] what happens in the brain when you fall in [romantic] love," she says.

Aron, based at the State University of New York-Stony Brook, said at the time: "All of our subjects showed activity in the reward and ­motivation regions [of the brain, namely the right ventral tegmental area and the dorsal caudate body]. To emotion researchers like me, this is pretty exciting because it's the first physiological data to confirm a connection between romantic love and motivation networks in the brain."

The ventral tegmental area produces dopamine, a natural stimulant, which can also be released during orgasm or from using or eating cocaine and chocolate.

"This part, the ventral tegmental area, is part of the brain's reward system. It's way below your cognitive thinking process. It's below your emotions.

"It's part of what we call the reptilian core brain, associated with wanting, with motivation, with focus and with craving," Fisher says, and lists various romantic love traits.

"Someone takes on special meaning, their car is different from every other car in the parking lot, everything about them becomes special. You can list the things you don't like about them, but you sweep it aside. You can [have an] energy, you can talk [to them] until dawn, you get butterflies in your stomach, sweaty palms. You obsess because someone is camping in your head … Romantic love is one of the most addictive substances on Earth."

She likens the craving, the need for love, to cocaine and jokes that at least you can come down from cocaine. "[Love is] a wonderful addiction if it's going well, a horrible addiction when it's going poorly."

Have you recently been dumped and are you infuriated that you're obsessing about the object of your affection? It's all in your brain. Being dumped activates the same areas in the brain as being in love, making you want the person even more.

But this isn't the same as sexual arousal, their research showed. "Our findings show that the brain areas activated when someone looks at a photo of their beloved only partially overlap with the brain regions associated with sexual arousal," said Aron. "Sex and romantic love involve quite different brain systems."

However, these systems are all interrelated and have a primary evolutionary goal: procreation.

"The brain circuitry … for attachment evolved to enable individuals to remain with a mate long enough to complete species-specific parenting duties."

But that still doesn't explain why you choose one person rather than another. Fisher, the chief scientific adviser on match.com and chemistry.com, both online dating sites, says it comes down to chemicals.

This journalist joined the site to find out what kind of chemically determined personality she has, something she found rather difficult to explain to her partner when she got home. Upon joining chemistry.com, you are asked a series of questions, from the length of your second finger with respect to the others to responding to photos of smiling people and whether you would trust them. Also, questions like: "Are you interested in new experiences?" and "Do you think it is important to respect authority?"

This questionnaire, Fisher says, she developed to divide people into four broad personality types, based on their levels of dopamine, serotonin, oestrogen and testosterone. About 13-million people have taken part in the survey.

"We're all a combination of all of them. We know there are cultural reason [why we choose one person over another], but I'm interested in the biological reasons. I wanted to watch who gravitated to who."

The four different groups are director (testosterone), negotiator (oestrogen), explorer (dopamine) and builder (serotonin). Both the builder and the explorer are drawn to people like themselves, Fisher says, whereas the high testosterone (director) is attracted to the high oestrogen (negotiator). She notes that women can also be directors.

The dating sites have been a testing bed for her theories.

Asked whether studying love gave Fisher the inside track and made relationships easier, she says: "There is always going to be a mystery to love. I thought that brain scanning would be the most complicated thing I would do in my life [the technical aspects of neuro-imaging were undertaken by Fisher's collaborator, Lucy Brown], but I was wrong. Love is about the brain, it's about your childhood, your experiences, timing, ­proximity. It's so complex."

And even then, she jokes, you can know what's in chocolate, but it's still a joy to eat.

Attraction in the smell of a T-shirt

Your sweat could be the turn-on or turn-off for a prospective partner. Clause Wedekind, a biologist at the University of Lausanne in Switzerland, shot to international fame following his "T-shirt experiment".

Forty-four men were given T-shirts that they had to wear for two nights, as well as odour-free soap and aftershave. Nearly 50 women were asked to smell the shirts and say which they thought belonged to the more attractive men. Wedekind found that women were attracted to men who were immunologically dissimilar. In the paper, MHC-dependent mate preferences in humans, he writes: "Our findings show that some genetically determined odour components can be important in mate choice. Mate preference could be a means to efficiently react to pathogens."

MHC, or major histocompatibil-ity complex, is a collection of genes, which encode your ability to fight off disease. If someone's MHC is different to yours, it means your offspring will be more resistant to disease because they will have aspects of both partner's immune response. – Sarah Wild

Strive for passion with 'all the trimmings'

People in long-term relations don't have to worry that their brain might lose the capacity to fire up at the thought of their lover, says biological anthropologist Helen Fisher.

She and her collaborators, neuro­scientist Lucy Brown from the Albert Einstein College of Medicine and psychology professor Arthur Aron, studied people in long-term relationships who claimed that they were still in love.

In a separate study, by Dr Bianca Acevedo and Aron, then both at Stony Brook University, they found that romantic love could last a lifetime. They looked at 17 short-term relationships and 10 long-term relationships.

Couples who were in long-term relationships reported more satisfaction with their relationship, and that each individual was happier and had a higher sense of self-esteem.

"Companionship love, which is what many couples see as the natural progression of a successful relationship, may be an unnecessary compromise," the American Psychological Association said in 2009, when the paper, Does a long-term relationship kill romantic love?, was published.

"Couples should strive for love with all the trimmings," Acevedo says. "And couples who have been together a long time and wish to get back their romantic edge should know it's an attainable goal that, like most good things in life, requires energy and devotion."