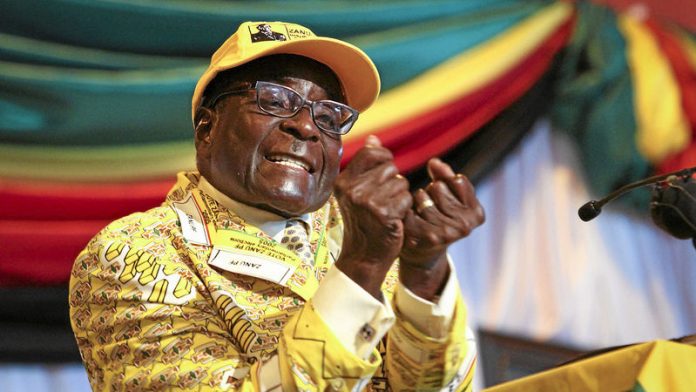 Zanu-PF's succession battles will again take centre stage when the party holds its provincial executive elections at the end of the month.

Those elected will be crucial in determining who will become the party's president, the two vice-presidents, the national chairperson and the secretary for administration at the elective congress in December 2014.

But, most importantly, they will direct the party to the person who will ultimately succeed President Robert Mugabe — a subject that has long divided Zanu-PF.

The party's two major factions, one led by Vice-President Joice Mujuru, the other by Justice, Legal and Parliamentary Affairs Minister Emmerson Mnangagwa, are already jostling to put their preferred candidates in position.

The faction that controls the majority of the provinces will be strategically positioned to take control of the party when Mugabe leaves office.

Zanu-PF spokesperson Rugare Gumbo has confirmed that the provincial elections will start on October 26.

Zanu-PF conference
Zanu-PF will hold its conference in December this year and, in the same month next year, will hold an elective congress. The members of the provincial executive who are elected this month will be in office for five years.

Sources in the party said the post of party president is likely to be retained by Mugabe, who has said he intends to complete his five-year term as the country's president, which means he will need a fresh mandate from his party and will have to stand in 2014 for the position of party president.

But the battle will be waged over the other positions. "Before we get to the big fight at congress we have to slug it out in the provincial elections," said a member of the politburo.

"The provincial elections could be as important as congress itself, because whoever controls the majority of the provinces will most certainly control the party, unless, of course, the structures are disbanded, like what happened with district co-ordinating committees after Mnangagwa won a majority," said a senior party official.

Before the elections the party's politburo disbanded the committees, claiming they were promoting factionalism ahead of the polls.

The party's national elections directorate, chaired by national chairperson Simon Khaya Moyo and comprising secretary for administration Didymus Mutasa and secretary for the commissariat Webster Shamu, who are all part of the Mujuru faction, also restructured the provinces, suspending the Manicaland and Bulawayo provincial executives in the process.

Consolidating position
The Manicaland executive was led by Mike Madiro and was pro-Mnangagwa, as was Killian Sibanda, who led the Bulawayo executive.

A source in Mujuru's camp said the group is looking at consolidating its position at congress by having Khaya Moyo made a vice-president, joining Mujuru.

They are also looking to push Mutasa, now secretary for administration, into the national chairman's position.

Mnangagwa, however, is also looking at getting a top post and may contest the post of national chairperson or a higher position, depending on the outcome of the provincial elections.

Others looking at securing top positions for the Mnangagwa faction are Obert Mpofu and speaker of Parliament Jacob Mudenda.

Extensive investigations by the Mail & Guardian in the provinces and sources in Zanu-PF revealed the following candidates for provincial chairperson.

Bulawayo
In Bulawayo, Sibanda, a close ally of politburo member Obert Mpofu, is expected to stand for the top position again, but he is facing competition from businessman Elifasi Mashaba, who has reportedly started canvassing for support to replace incumbent Callistus Ndlovu.

Ndlovu was handpicked by the politburo to chair the province in April this year, after Sibanda's suspension. He has said he is unwilling to continue in the position.

Manicaland
In Manicaland, Ambassador John Mvundura, who was catapulted into the chair after the suspension of Mike Madiro, may retain his post, although some in the Mujuru faction are said to prefer Basil Nyabadza.

Midlands
In Midlands, Mnangagwa's home area and stronghold, Jason Machaya, who has reportedly joined the Mujuru camp after years in the Mnangagwa camp, is likely to be challenged by former Zvishavane-Runde legislator Larry Mavhima, who is one of Mnangagwa's strategists.

Masvingo
In Masvingo, another Mnangagwa stronghold, chairperson Lovemore Matuke may be challenged by Tourism Minister Walter Mzembi, from the Mujuru faction.

The Mujuru faction is pushing for Matuke's suspension for supporting the candidature of Munyaradzi Kereke despite a politburo directive to the effect that Kereke should not have stood on a Zanu-PF ticket.

Kereke, like Matuke, is also in the Mnangagwa faction. Zanu-PF last week said that disciplinary measures will be taken against Matuke over the Kereke issue.

Mashonaland
In Mashonaland West, provincial chairman John Mafa, who is also pro-Mnangagwa, is facing competition from Temba Mliswa and businessman Phillip Chiyangwa, although a number of officials are also interested in the position.

In Mujuru's stronghold, Mashonaland East province, current chairman Ray Kaukonde looks set to retain his post, although the Mnangagwa faction may challenge him. The M&G could not establish who Mnangagwa would put up for the challenge but a source said Mujuru is considered to be so strong in the province that any challenge will be a mere token.

In Mashonaland Central, party chairperson Dickson Mafios will be challenged by Luke Mushore or David Butau, both Mujuru supporters.

Matabeleland South & North
It is not clear who will run in Matabeleland South, but the most senior official from the province, Khaya Moyo, who is eyeing the vice-presidency, is expected to use his influence to ensure someone from the Mujuru faction secures the position currently held by Sport, Arts and Culture Minister Andrew Langa.

In Matabeleland North, Richard Moyo, widely seen as Obert Mpofu's blue-eyed boy, is set to retain his position. Mpofu, a key Mnangagwa ally, has used his wealth to build a strong power base in his home province.

John Steenhuisen and Mbali Ntuli both acknowledged the problems faced by the party over the past year, with each of them offering their own leadership vision.
Read more
Business

More than a decade after a brief stint on the opposition benches, Charlotte Lobe is helping to fly the South African flag as a senior public servant in the department of international relations and co-operation
Read more
Coronavirus

In the race for a safe and effective vaccine, human rights and honesty should be prioritised above profits, say activists
Read more
Advertising