‘BIITS’ may be replacing ‘BRIC’ 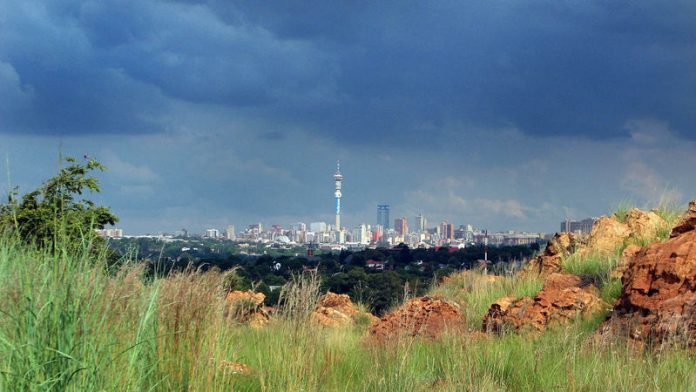 Emerging markets risk shattering into BIITS. Investors in these markets are becoming more discerning about where they put their money, shying away from countries such as Brazil, India, Indonesia, Turkey and South Africa (BIITS).  Behind the discrimination is a new-found focus on current account deficits and structural weaknesses exposed by the likelihood of less stimulus from the Federal Reserve and cooling demand in China, according to economists from HSBC Holdings, JPMorgan Chase and International Strategy & Investment Group.

That’s a break from the past four years, when emerging markets mainly moved in tandem, seen as either a blanket buy or sell, with little regard to their individual circumstances. Such a mindset was epitomised by the popularity of the Bric acronym coined for Brazil, Russia, India and China to reflect their potential as future economic powerhouses.

"Investors will be far more choosy among emerging markets than they’ve been in the past," said Donald Straszheim, head of China research at New York-based ISI. "There will be a natural inclination to seek out the ones that are the best positioned."

Mexico, the Czech Republic and South Korea are among the still-attractive countries because they are less reliant on foreign finance or took advantage of easy money from Fed stimulus to strengthen their economies.

Surprise decision
The Fed’s surprise decision in September to continue its asset purchases provided emerging markets with a respite, as sales of their currencies abated. The reprieve will be only temporary though, according to Michael Shaoul, chairman of New York-based Marketfield Asset Management, which manages about $17-billion.

Some of these nations will see further capital outflows in the next three to six months as investors start to "break it down between good EMs and bad EMs," he said. His firm is betting against emerging-market equities and bonds, including those of Brazil and India.

"I don’t think the bear market in EMs has bottomed," he said. "There is a real selling opportunity."

The theme of differentiation is gaining ground as the International Monetary Fund warns that growth in emerging and developing countries is the weakest since 2009. The Washington- based lender cut its forecast on October 8 to show them expanding 4.5% this year, down from a July prediction of 5%.

Fed signal
Since the start of May – the month the Fed signaled it may consider paring its $85-billion in monthly bond purchases – the Indonesian rupiah has fallen 11% against the dollar and the Indian rupee declined 12%, with the Turkish lira dropping 9% and Brazilian real losing 8%. By contrast, the Mexican peso has lost 5%, the South Korean won has risen 3.8% and the Czech koruna climbed 3.5%.

Many emerging markets also used up a lot of their defenses fighting the global financial crisis in 2008, said Mohamed el- Erian, chief executive and co-chief investment officer at Pacific Investment Management, the manager of the world’s biggest bond fund.

Old habits
While Mexico is "doing the right thing," he said, Brazil is "back to its old habits" and Turkey "denies it has a problem."

As these differences become more apparent, people now want "to buy the best of breed," said Marc Chandler, the New York-based chief currency strategist at Brown Brothers Harriman, which has about $3.4-trillion in assets under custody and administration.

"The Mexico story is attractive and more compelling than some of the others in the region," while "the BIITS list might be the more-troubled emerging markets."

At the same time, developing-economy stocks and currencies may have been oversold and many will be able to recover as investors reacquire a taste for risk, according to Jeff Chowdhry, head of emerging-market equities at London-based F&C Asset Management, which oversees about $150-billion.

Investment opportunities
"The terrible five could do pretty well because they’ll have improvements in the currencies and stock markets," he said. "From our perspective, we’re finding the most opportunities in those economies, with the exception of South Africa."

Investors are taking a closer look as the Washington-based Institute of International Finance predicts that private capital flows into emerging markets will fall $153-billion to $1.1-trillion in 2013 and slide another $33-billion next year.

"The basic story for EM right now is we’re going through an adjustment," Bruce Kasman, chief economist at JPMorgan Chase, said in an October 11 panel discussion at the IIF. "There were excesses that were created. It’s going to take a while to work this out, and I don’t think we should expect EM to come back to anything like we were used to."

Behind the palpitations are slower growth in China compared with the mid-2000s and signs US monetary policy may be reaching a turning point, according to Stephen King, chief economist at HSBC in London.

Low-rate environment
Previously, China’s double-digit expansion prompted investors to bet it would serve as a magnet for the products and commodities of other emerging markets, he said. In addition, a low-interest-rate environment in developed countries led capital to seek higher returns elsewhere, masking or even encouraging fault-lines such as widening current-account deficits, weak productivity, a small share of investment relative to domestic consumption and delays in infrastructure improvements.

"After the financial crisis, the magic asset was mostly to be found in emerging markets and money poured in," King said during the October 11 IIF panel discussion. It was "often with no regard to whether the underlying quality of growth in the emerging-market world was necessarily particularly good."

A "return to reality" now is setting in, said Erik Nielsen, global chief economist at UniCredit SpA in London. The key concern with the BIITS is related to their "reliance on short-term foreign financing, particularly as global trade grows very slowly and we are moving towards some sort of monetary normalisation."

Brazil slump
Brazil has suffered a slump in the real after relying on credit-led consumption, which failed to boost productivity and returned the country’s current account to a deficit of about 3% of gross domestic product.

Indonesia is hampered by inflation close to a four-year high and a record current-account shortfall. India is held back by cooling growth, elevated inflation, inadequate roads and other infrastructure, and distorted regulations. Standard & Poor’s in September reiterated it may downgrade the country’s credit rating to junk on risks including budget and current- account imbalances.

Turkey and South Africa now have current-account gaps bigger than 6% of GDP. Russia is hobbled by weaker global demand for its exports of oil, natural gas and metals and is growing at the slowest pace since a 2009 contraction.

Export Diversification
The Czech Republic, South Korea and Mexico are among nations that look better positioned to accommodate Fed-inspired higher interest rates, according to Goldman Sachs economists last month. Mexico’s current-account shortfall is 1% of GDP, and South Korea enjoys a surplus, which the Bank of Korea forecasts will reach a record this year as the country benefits from its drive toward export diversification.

S&P maintained its positive outlook for Mexico’s credit ratings this month on the prospect that President Enrique Pena Nieto’s economic programs will boost growth. He has proposed breaking a 75-year state monopoly on oil drilling, a plan that may unleash an energy-production boom and is attracting foreign investor interest in the country.

"What you will see is a lot more differentiation," Marco Annunziata, a former IMF official and now chief economist at General Electric, said during the IIF discussion. "What’s important is to distinguish between one emerging market and another."

'Negative spillover'
Policy makers already are tuning in. "Without doubt some decisions major advanced economies are taking have influence on other countries," European Central Bank Executive Board member Joerg Asmussen said in an interview. Over the last few months, "the negative spillover effects were strongest in countries with a big current-account deficit and a delay in domestic reforms."

The shake-up is prompting emerging-market leaders to urge that countries begin preparing for the Fed’s eventual moves.

"You can’t all have the same monetary policy, but we do need to have a much better conversation and a greater predictability of responses," Singapore Finance Minister Tharman Shanmugaratnam said in Washington on October 10.

It’s not all bad news. The Fed’s decision not to taper in September has given emerging markets more space to put their houses in order. Following Vice Chairman Janet Yellen’s nomination to replace Chairman Ben Bernanke, officials from South Korea to India expressed hope the central bank will consider the ripple effects when it pares stimulus.

China’s economy also expanded in July-September for the first time in three quarters, and Kasman noted that a pickup in growth in the developed economies may help provide an offsetting lift for the rest of the world.

'Stress test'
The market fallout after the Fed's tapering signal in May nevertheless served as a "stress test" for these countries, which now know "where their weaknesses lie," Naoyuki Shinohara, deputy managing director at the IMF in Washington, said in an interview.

Among those taking heed are Indonesia Finance Minister Chatib Basri, who said on October 11 in Washington that he will deepen efforts to boost his nation’s productivity. "In bad times, you can start pushing for structural reforms" because there’s less political resistance, he said.

Some officials in developing nations say investors aren’t focusing enough on the details.

"The problem emerging markets have at times like this is getting the story, the truth, about fundamentals out," Indian central bank Governor Raghuram Rajan said at a panel discussion in Washington this month.

Colombia is prepared for more differentiation, Finance Minister Mauricio Cardenas said in an interview. The country is "one of the best of the class," he said, because of accelerating growth, contained inflation, a recent overhaul of payroll taxes and a current-account gap that is more than covered by foreign direct investment.

"The world won’t offer emerging markets the favourable conditions we've had," Cardenas said. "The tailwinds that had pushed us along will need to be replaced with more power from our own engines." – Bloomberg