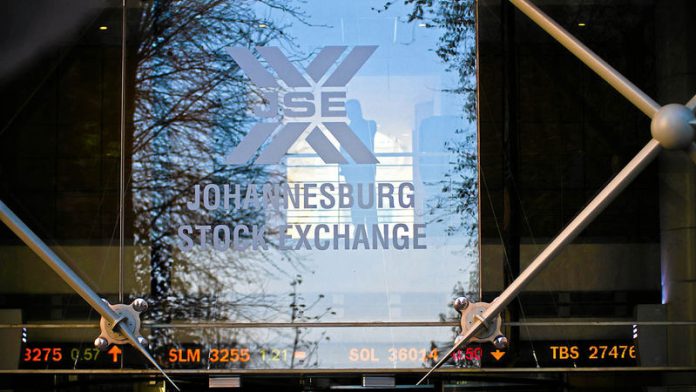 The JSE was at a fresh intraday high in early-morning trade on Monday as resources and industrial counters pushed the bourse into record territory due to increased appetite for riskier assets.

This week’s main focus will be on the medium-term budget policy statement due to be delivered by the Finance Minister Pravin Gordhan on Wednesday at 2pm.

Against a backdrop of weaker than expected growth this year‚ markets would be looking to see the Treasury’s new growth projections and how they would affect the fiscal targets that were stated in the February budget‚ Barclays Research said in a morning note.

'Headline CPI inflation'
​"The September CPI [consumer price index] figures are also due for release on Wednesday. Internationally‚ the long-awaited US nonfarm payrolls are scheduled to be released on Tuesday following the reopening of government last week‚" the bank said.

"Although headline CPI inflation has gathered a lot of speed in recent months‚ we think the 6.4% year-on-year print in August was the peak and that the trend should be downward‚ at least until the end of the year‚" it said.

Big Pharma is already showing signs of putting revenue ahead of saving lives in the race to find a Covid-19 vaccine, according to experts
Read more
Education

More black students at university, but still starting at a disadvantage

The pattern is now well established: crisis, intervention, promises by the Zanu-PF regime to behave, and then relapse after a decent interval to the sort of behaviour that prompted the latest crisis in the first place.
Read more
Opinion

The pandemic taught us a new normal. It’s time to apply some of the learnings to our electoral system, which is overdue for an overhaul
Read more
Coronavirus

Life may ease up if the Prez moves us to lockdown-lite soon. But Eskom could still spoil everything for us, writes Paddy Harper.
Read more
Editorial

Viwe Dalingozi’s story, like many others, is painful to read and write about. But in court it simply drags on like any other case. As we have written so many times, this cannot be the status quo.
Read more
Advertising
Continue to the category
Coronavirus