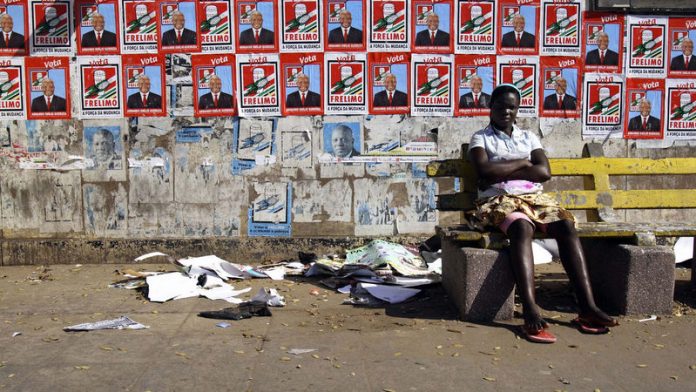 Tit-for-tat violence in Mozambique has raised fears the country could plunge back into civil war, two decades after the end of one of Africa's bloodiest conflicts in which around a million people were killed.

In the latest attack, members of rebel group turned political opposition party Renamo opened fire on a police station on Tuesday, hours after the group declared a government raid on its base had broken the peace deal that ended 16 years of fighting.

But Renamo has not claimed the attack, although spokesperson Fernando Mazanga said Renamo fighters may have been behind it.

"The president of Renamo has lost control of the situation and you cannot blame [him] … for what happens from here on," said Mazanga. "The guerrillas are scattered and will attack without taking any orders."

In talks with independent negotiator Lourenco do Rosario, Renamo told the envoy it "reaffirms that it does not want to return to war".

Instead, Renamo demanded government forces pull back from the central Gorongosa mountain base they seized on Monday and pledged in exchange not to restart hostilities, said Do Rosario.

President Armando Guebuza renewed his commitment that "dialogue is the best way forward, despite the skirmishes", according to Do Rosario.

Retaliation
Police fled their post in the central town of Maringue when Renamo fighters opened fire on the station in the early hours of Tuesday morning in an escalation of hostilities between the ex-rebels and ruling party Frelimo.

"Gunmen attacked the police station, but fortunately there were no casualties because the policemen fled the post," said Maringue administrator Antonio Absalao.

Government forces seized the town – about 35km from Renamo's Gorongosa military base – on Monday in an operation the ex-rebels said was aimed at killing their leader, Afonso Dhlakama. But Guebuza said the soldiers acted in self-defence after Renamo militants fired at them, according to state news agency AIM.

Dhlakama had fled ahead of the attack, according to negotiator Do Rosario, who said both sides acknowledged there had been no casualties.

"He is available to return to the negotiating table already this week," said Do Rosario.

The US has said it "profoundly deplores" the resumption of violence and urges both parties to take "decisive steps to calm tensions".

Return to war unlikely
Renamo took up arms against the then-communist government of Frelimo after independence from Portugal in 1975.

Mozambique, which has a history of election-related violence, heads into local government polls next month and a national vote in 2014.

But South African Institute of International Affairs researcher Aditi Lalbahadur said it is "unlikely that you are going to see a return to war".

Renamo lacks the capacity to engage in a full-scale conflict and war is not in the government's interest, although it has more powerful armed forces than the former rebel group, she said.

"Mozambique is trying to attract foreign investment in the country, so any type of political instability works to their disadvantage," said Lalbahadur.

Renamo, which has faced dwindling political support, is demanding more representation on election bodies and in the armed forces.

The government has said it is open to electoral reforms, but accuses Renamo of refusing to budge in negotiations. More than 20 rounds of peace talks have failed.

The assault on Renamo's base came after the ex-rebels attacked a government military unit on Thursday, according to a defence ministry spokesperson.

Renamo accepted a peace deal after losing its backers Rhodesia and apartheid South Africa at the end of the Cold War.